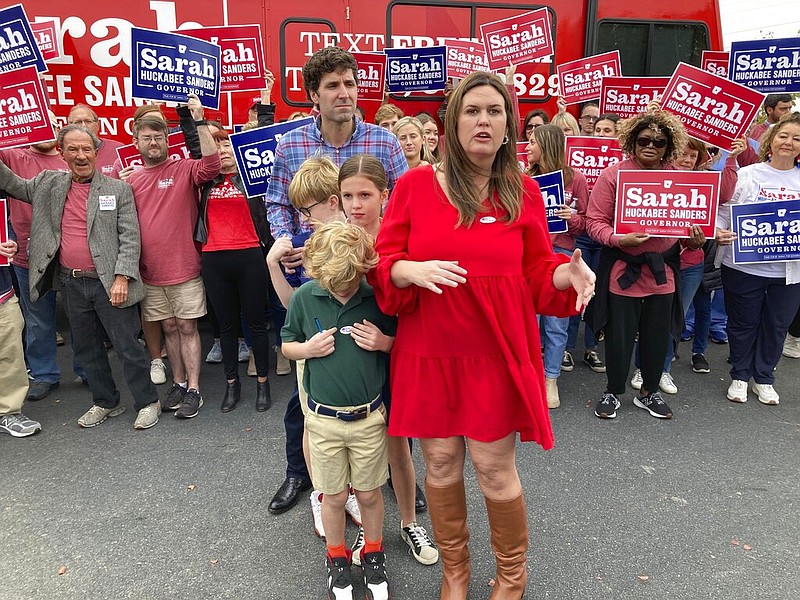 Sanders, 40, is the daughter of former Gov. Mike Huckabee, who served as the state’s chief executive from July 1996-2007.

She is the first daughter of a former governor elected to fill the position formerly held by her father in the United States, according to Chelsea Hill, data services manager for the Center for American Women and Politics, which is part of the Eagleton Institute of Politics at Rutgers University-New Brunswick.

Sanders is also a former White House press secretary for President Donald Trump. She will succeed Republican Gov. Asa Hutchinson, who has served as the state’s chief executive since 2015 and endorsed her campaign in November 2021.