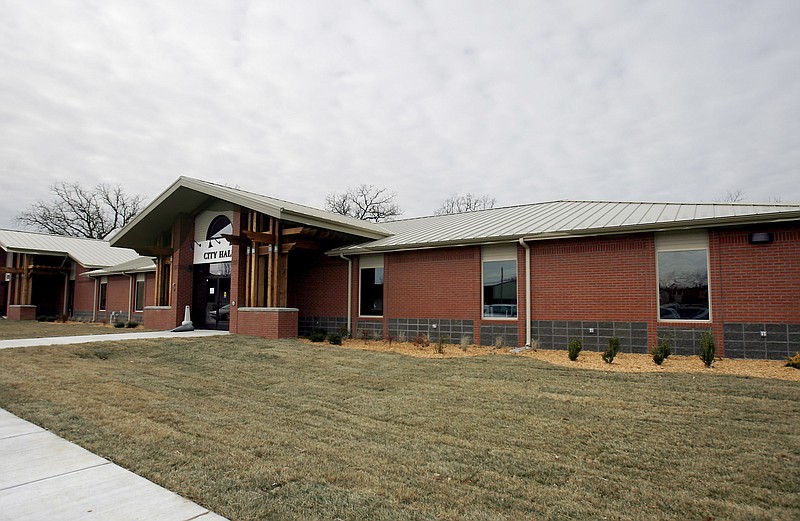 A storage facility and three rezonings along Monroe Avenue received approval from the Lowell Planning Commission at its meeting on Monday evening. (File Photo/Arkansas Democrat-Gazette)

LOWELL -- A storage facility and three rezonings along Monroe Avenue received approval from the Lowell Planning Commission at its meeting on Monday evening.

Plans for the storage facility include 16 mini-storage buildings ranging from 4,500 to 12,000 square feet on West Monroe Avenue, west of Interstate 49. The facility would extend north to FedEx from the north side of Atwoods, according to the plans.

The commission unanimously approved a conditional use permit for the storage use to Greenhouse and Monroe Flex. Darrin Brock and Brian Clark were absent.

Conditional use permits are used to regulate land uses that may only be appropriate at certain locations and under specific circumstances.

The property directly off Monroe Avenue will also include retail, restaurant and other nonstorage commercial space south of the storage buildings, between Atwoods and Harps.

City staff recommended semi-opaque screening around the storage facility to separate the buildings from the surrounding retail buildings.

A 140-home subdivision is planned near the northwest corner of Old Wire Road and McClure Avenue.

The commission unanimously approved a preliminary plat for the subdivision called Bishop Vineyards.

Oak Street will be extended north of the Sunset Meadows neighborhood through the middle of the planned subdivision.

A preliminary plat is a formal plan showing the general layout of a proposed subdivision as well as the prominent existing features on and around the property.

Three properties on Monroe Avenue were rezoned at the request of the city.

The three parcels on the north side of Monroe, east of the interstate and between Puppy Creek and Fox Run Place, were rezoned from residential suburban neighborhood zoning and intermediate neighborhood zoning to neighborhood commercial zoning in order to conform to the current uses of the properties.

Commercial zoning dominates the area south of the street while neighborhoods border the three properties to the north.

The commission unanimously approved the rezonings, which will move to the City Council for consideration.

In other business, a request by Crossland Heavy Contractors for a conditional use permit to build a concrete plant at 705 S. Lincoln St. originally appeared on the commission's Monday agenda but was withdrawn by the construction company.

The concrete plant likely will be considered at the commission's Dec. 5 meeting, though that is not set in stone, according to community development director Karen Davis.