India to reopen coal mines as demand for energy soars 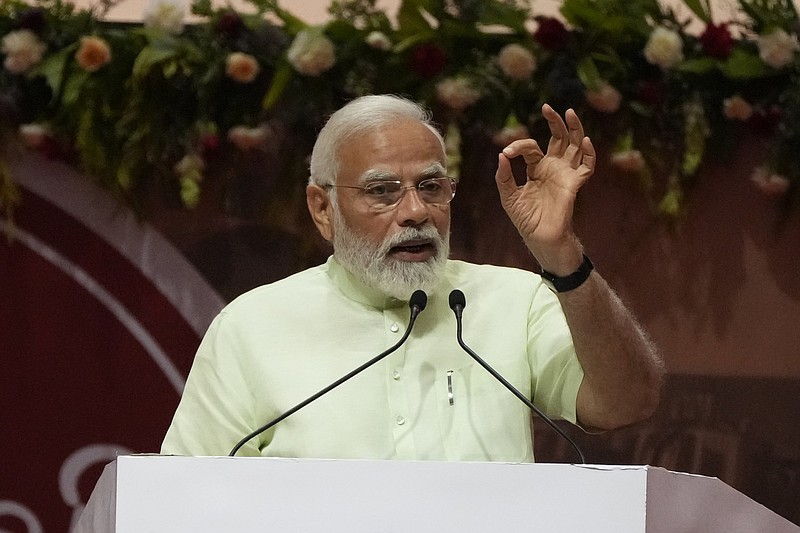 NEW DELHI -- In the past month, as India broiled under a historic heat wave and consumed a record amount of electricity for cooling, the Coal Ministry announced it would reopen old mines and increase output by 100 million tons.

As cities went into rolling blackouts because of electricity shortages, the Power Ministry ordered plants that burn imported coal to run at full capacity.

The environment ministry has given coal mines permission to boost production by up to 50% without seeking new permits, according to a May 7 memo. The memo attributed the relaxed environmental regulations to "huge pressure on domestic coal supply in the country" and said "all efforts are being made to meet the demand of coal."

The developments highlight the persistent, even growing, reliance on coal in the world's third-largest emitter of greenhouse gases -- and one of the foremost victims of climate change.

Although analysts acknowledge that India faces a genuine dilemma in how to meet its soaring energy demands, many say the government is sending mixed policy signals by promoting coal mining and power generation as it trumpets its green ambitions on the international stage. In the run-up to the 2015 Paris climate agreement, Prime Minister Narendra Modi pledged to install 175 gigawatts of renewable energy capacity by 2022. He later raised that target to 450 gigawatts by 2030.

But India has installed less than 100 gigawatts of solar and wind power so far, and most Indian analysts say the 175 gigawatt goal is beyond reach this year.

Had India stuck to its pledge on renewables, it would not have faced a power shortage this spring, according to estimates from the Climate Risk Horizons consultancy in New Delhi. Even on April 29, when Delhi reached 110 degrees -- the second-highest temperature for that month in 70 years -- and peak electricity demand hit a record high, India could have met the need had it been on track to install 160 gigawatts of solar and wind power by the end of the year, said Ashish Fernandes, the consultancy's chief executive.

"India's continued support of coal mining and power plant expansion is worrying," Fernandes said. "It would be a pity if India's entrenched coal lobby forces the government to go slow on its energy transition plans, as analysis shows that any continued coal growth will in fact undermine India's renewable energy targets and climate commitments."

How India manages its energy transition is of paramount importance because of its size and rapid growth, say international researchers and climate policy officials. President Joe Biden's climate representative, John F. Kerry, made repeated visits to New Delhi last year ahead of the COP26 climate conference to nudge the Modi government to make more ambitious pledges to cut coal and reduce emissions.

Speaking publicly this month, officials defended their coal policies as necessary to meet the nation's thirst for power. The coal minister, Pralhad Joshi, predicted that India's coal requirements will double by 2040. His deputy, Anil Kumar Jain, said the government was being unfairly blamed -- both for producing too much and too little -- and he urged more private companies to enter the mining business.

"Earlier we were hailed as bad boys because we were promoting fossil fuel and now we are in the news that we are not supplying enough of it," Jain told reporters.

The country of nearly 1.4 billion is expected to see its demand for electricity more than double by 2030, according to the International Energy Agency. By 2050, the agency estimates India will consume 15 times more energy for cooling than in 2018, largely because the number of air conditioners in use will skyrocket. Even though India is building out renewable energy sources, it still derives 70 percent of its power from coal.

But state-owned Coal India saw its production stagnate from 2019 to 2021, because of a failure by the government to appoint senior management and fund mining expansions, said Anil Swarup, a former coal secretary. If anything, he predicted, India will be scrambling to increase output.

"The current crisis will perhaps be managed," he said. "But I'm quite sure this crisis will surface again if long-term planning for ramping up coal production is not done."