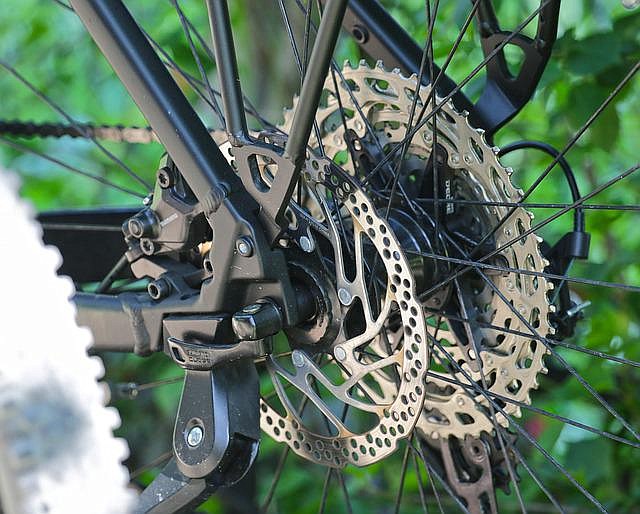 Wildlife Generation's Noah Granigan claimed the stage two victory atop Mount Sequoyah in Fayetteville and his teammate Jonathan Clarke was able to hang on to the yellow leader's jersey Friday in the Joe Martin Stage Race.

Granigan held off L39ION of Los Angeles' Eder Frayer and Project Echelon's Tyler Stites on the uphill sprint finish. Sergio Henao and Torbjorn Roed rounded out the group of five that had broken away up the final climb.

Friday's stage was a 113-mile loop through the rolling eastern foothills of the Ozarks before finishing up the twisty climb to Mount Sequoyah.

Clarke came across the line five seconds later. He leads Granigan by 21 seconds overall while Stites is 29 seconds behind in third place. Little Rock's Tanner Ward of Best Buddies is sitting 11th overall, 1:40 behind Clarke.

A 3-mile uphill time trial awaits the riders on Saturday at Devil's Den.

Best Buddies' Bryan Gomez made the first serious move of the day. He broke away about 10 miles away from the first intermediate sprint point of the stage. His gap had ballooned to more than three minutes before being caught just before the sprint. Sam Morris of Above and Beyond Cancer won the first sprint, followed by Granigan and Stites.

At the second sprint point, the four-man break had a gap of 3:20. Jackson took the sprint points, Hernandez was second and Schroeder third.

The breakaway was still away at the day's main climb. Jackson was first over the top followed by Obrand and Schroeder. Between Durham and Black Oak, though, Schroeder was dropped on a climb and the break began to unravel. Hernandez sat up with nine miles to go. And it wasn't long until the final two breakaways were swallowed up.

In the pro women's race, it was Heidi Franz who took the victory from a reduced group of five that had broken away on the final climb to the top of Mount Sequoyah.

"I'm so proud to take the win today," Franz said. "Today was tactical, hot, and windy and the team rode extremely well to give us the best chance in the finale. It means so much to have a team that trusts in the plan and does everything to make it happen."

Erica Clevenger of DNA and Emma Langley of EF Education-TIBCO-SVB came across fourth and fifth.

The women raced 67 miles, south from Walker Park to West Fork via Arkansas 71, into Devil's Den, back north through Hogeye before making their way to Mount Sequoyah.

Killips continues to lead the Mountain classification. She topped the Devil's Den climb first today for three points and earned three more points at the finish. She holds a four-point lead over Franz and Penuela.

"I unfortunately had a mechanical that forced me into the big ring for the final climb up Mount Sequoyah," Killips said. "But I dug deep and delivered a result that I'm really proud of, all things considered."