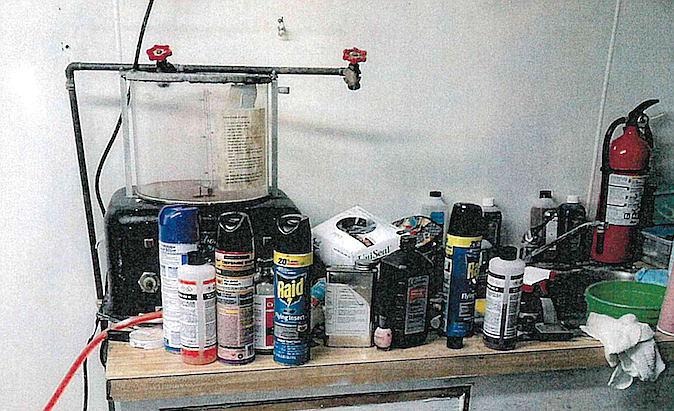 The State Board of Embalmers, Funeral Directors, Cemeteries and Funeral Services voted unanimously on Tuesday to revoke the embalmer's license, funeral director's license and funeral home establishment license of Sylvester Smith Jr. and Williams Funeral Home of Camden during a hearing concerning a recent failed inspection.

During testimony to the board, Josh Taylor, an investigator for the board, stated that on November 22, 2021, he inspected Williams Funeral Home on a follow-up inspection after infractions were found in September of 2020.

According to records obtained by the Camden News, infractions recorded in 2020 included the lack of posted hours of operation; noncompliance with preparation room requirements; failure to maintain the establishment, such as to ensure no hazard is presented to the health, safety and welfare of the public; and a lack of price cards in the selection room.

In an August 2021 meeting, the board allowed Smith to enter into an agreement to bring the business into compliance within 90 days.

Taylor stated during testimony to the board Tuesday, "I observed a funeral home that we would consider substandard."

Taylor further described the business as "filthy on the inside and outside."

"It appeared as though the funeral home had been unkept and in disarray for quite some time," he noted. His report also supplied photographs of the inside and outside of the home.

Taylor also stated that he did not observe any commercial biohazard waste disposal systems in the room used to prepare bodies for funerals.

The board voted to affirm the allegations and found that, according to Taylor's report:

- The preparation room, selection room and front yard at the funeral home were dirty and cluttered.

- The clutter in the selection room and preparation room presented a potential trip hazard.

- An exit was blocked in the preparation room by clutter and debris; and there was no casket price list or outer burial price list.

As such, "respondents did not successfully pass the inspection that occurred."

In addition to revoking the licenses, the board also made a motion to submit the findings to the Federal Trade Commission.

Smith, who is also the elected coroner of Ouachita County, was not present at the meeting.

Smith explained that there was a miscommunication about the time of the hearing. His son, Sylvester Smith III, an attorney, said he was double booked Tuesday, but planned to appeal the board's decision.

"We are appealing, asking for reconsideration of today's decision. Nothing is final until it is in writing and until we exhausted all of our rights to appeal, which we fully plan to do," Sylvester Smith III said. "My office, meaning me, made an error, and I don't mind saying this on the record. I'm deeply ashamed that this happened in a matter involving my father, but we're all human. But the responsibility for us not appearing, that's on me. "

Counsel for the board, Amanda Gibson, noted that Smith could file an administrative appeal in Ouachita County Circuit Court, where a judge could reverse the decision, uphold it or send the case back to the board.

Sylvester Smith Jr. said, "I guess because no one showed up, the board felt like they did what they needed to do."

"Really, dealing with the age of the facility, they want us to modernize or whatever, it does not have anything to do with any kind of missing funds or anything,” Sylvester Smith Jr. added. “This has something to do with some of the things in the facility needing to be upgraded. We are planning on moving to another facility in the near future.”

Sylvester Smith Jr. asked the public to “have patience.”

“I've had a license for over 40 years,” he said. “I've never had an infraction complaint or anything against my license by the board."