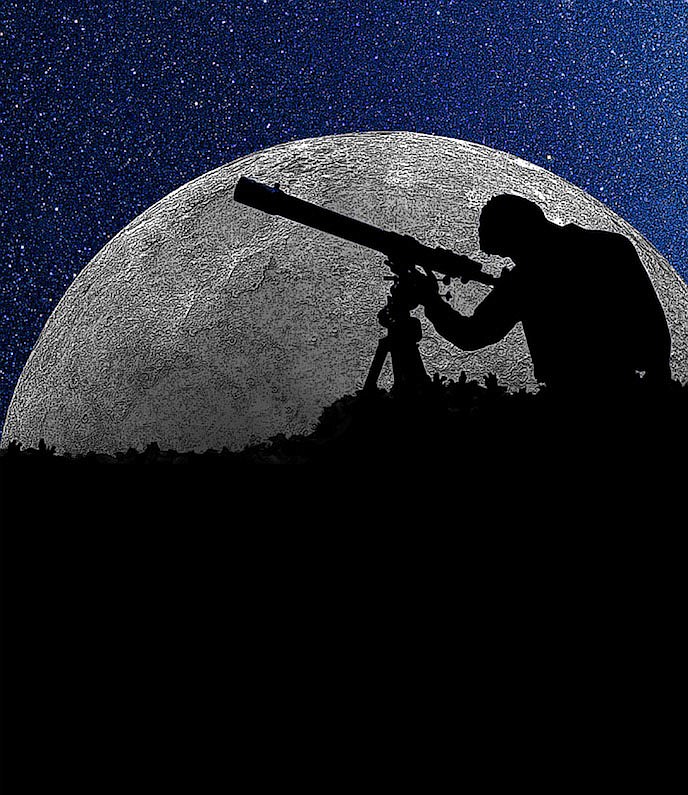 The Sugar Creek Astronomical Society will present "Large Telescopes of the World" and "Orientation to the Late Spring Sky" on Saturday at Hobbs State Park Conservation Area.

There is a new breed of ground-based telescope out there today with even more slated for operation in a few years, according to the society. Such telescopes can be found in remote parts of Chile, South Africa, Hawaii, Spain, Puerto Rico and other suitable locations. They house some of the largest mirrors yet for collecting light from distant cosmic objects.

Some of these telescopes are:

• The twin 33-foot telescopes at the W. M. Keck Observatory, which represent the second largest optical telescopes on Earth, located close to the summit of Hawaii's Mauna Kea.

• The huge reflector helps make Arecibo Observatory in Puerto Rico an incredibly sensitive radio telescope. Such radio sources include distant quasars (a region at the center of a galaxy that produces an extremely large amount of radiation) and galaxies that emit radio waves which only reach Earth 100 million years later.

• The Square Kilometer Array (SKA) is an intergovernmental radio telescope project being planned to be built in Australia and South Africa and will be 50 times the sensitivity of any radio telescope ever built. Such power could examine signals from the younger universe of 12 billion years ago.

The society will discuss these structures and then orientate those in attendance to the late spring sky. The night sky viewing will include looking at the moon through high-quality telescopes provided and staffed by members of the astronomical society. Other observations in the May 14 sky will include stars, constellations and star clusters.

People are encouraged to bring a flashlight (covered with a red cloth or red balloon), binoculars and/or telescope, folding chair (one per person) and a star chart.

The recommended minimum age for this program is 8 years old.

Print Headline: Society to discuss large telescopes of the world