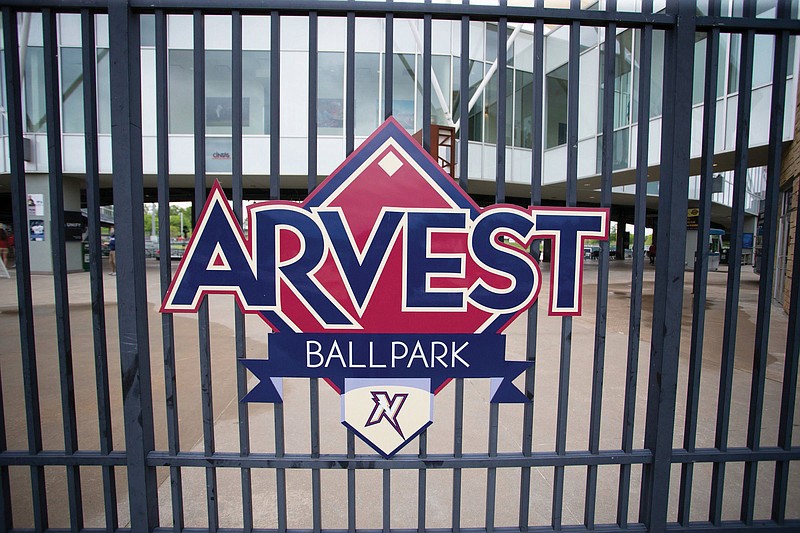 SPRINGDALE -- Northwest Arkansas' bullpen took a beating in a 10-4 loss to Wichita on Thursday night at Arvest Ballpark.

Naturals relievers Walter Pennington, Patrick Smith and Zach Willeman combined to surrender seven runs (all earned) on eight hits in 4 2/3 innings. Smith (0-1) was the loser, giving up four of those runs.

"You're working behind in the count making pitches, and then when you do, it's down the middle, you're going to get beat by a good team. And that's what happened," Northwest Arkansas Manager Chris Widger said.

The Wind Surge breezed past Northwest Arkansas with a six-run outburst in the seventh inning, seizing the 10-4 cushion. Dennis Ortega's two-RBI double and Leobaldo Cabrera's two-run homer were the big blows as Wichita batted around.

Down 4-0 in the bottom of the fifth, the Naturals (15-15) fought back. Brhet Bewley's double brought in Nate Eaton, cutting the deficit to 4-1. John Rave reached on a fielder's choice, scoring Logan Porter (2-for-4). Maikel Garcia (2-for-4) extended his hitting streak to 14 games with an RBI double to deep center, and Northwest Arkansas trailed 4-3 after five.

Garcia's streak is the Naturals' longest since 2018.

Designated hitter Michael Massey's sixth homer of the season, a blast to left, forged a 4-all tie in the sixth as the announced crowd of 3,825 roared its approval.

But things unraveled in the seventh.

Naturals starter Alec Marsh recorded five strikeouts during the first two frames. Then DaShawn Keirsey Jr. opened the third with a sharp single that bounced off Marsh's knee. The right-hander gamely stayed in but wasn't the same. Keirsey Jr. stole second and third, scoring on catcher Porter's errant throw to third for a 1-0 lead. Marsh walked the bases loaded, and Matt Wallner laced a two-RBI double to right, putting the Wind Surge up 3-0. Marsh fanned the next two to avoid more damage.

"He was sore, but he was OK to go out there," Widger said. "He just kind of got out of rhythm and was having trouble making pitches. He came back and did a little bit better, but we thought it best to get him out of there."

Marsh returned for the fourth, yielding a single and walk before being lifted for Pennington. Wichita (18-11) had two on with one out, but Porter's pickoff throw to Eaton nabbed Cabrera at third. Pennington struck out Edouard Julien, ending the threat.

Spencer Steer smacked a solo shot to left, making it 4-0 in fifth.

Marsh allowed three runs on three hits and five walks in 3 1/3 innings. He struck out eight.

Wind Surge starter Louie Varland (4-1) gave up four runs but got the win, striking out seven in six innings.