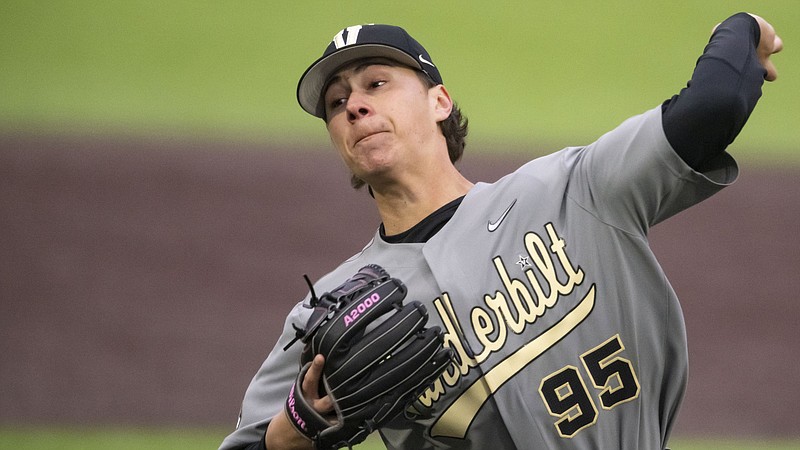 Vanderbilt freshman Devin Futrell (8-1) will make his first start in an SEC game today when the No. 21 Commodores travel to Baum-Walker Stadium in Fayetteville to face No. 4 Arkansas. Futrell is the SEC’s ERA leader at 2.01. (AP/John Amis)

FAYETTEVILLE -- No. 21 Vanderbilt is adding a dangerous left-hander to its starting pitching rotation this weekend at the University of Arkansas, and the Commodores plan to unleash freshman Devin Futrell right out of the gate.

Arkansas will enter the weekend with a two-game lead in the SEC West over LSU and Texas A&M, with a chance to pump up its resume against the Commodores (32-15, 12-12 SEC), who have the nation's No. 4 RPI ranking and road series wins at Hawaii, Kentucky and No. 22 Georgia.

Vanderbilt Coach Tim Corbin nixed the normal Tuesday start for Futrell, the SEC's ERA leader, to prepare him for his lead role on the weekend.

"When we told him he wasn't going to pitch Tuesday because we wanted to use him for the weekend, it's just like, 'OK, no problem,' " Corbin said on WNSR-FM in Nashville, Tenn. "He just went about [his] business. No reaction, no nothing. It's an 18-year-old kid that acts like an older person."

Arkansas Coach Dave Van Horn noted Futrell's sterling strikeout-to-walk ratio (55-6), which has given him an .801 WHIP (walks and hits divided by innings pitched), when anything under a 1.00 is considered outstanding.

"He's got nine decisions," Van Horn said. "That means he's pitching well into each game. ... They've won a lot of mid-week games. Velocity and all that, 90 miles an hour. Good off-speed stuff, and just comes at you. That's about all we know."

Corbin said Futrell's maturity stands out among his many strong baseball traits.

"I think the thing he does that a lot of young kids should take note of ... is he really knows how to slow the ball down, and when you get into any level of baseball, particularly college, where the hitters still have a hard time with split rhythms and trying to catch up with changeup rhythms, that pitcher becomes very difficult. He knows how to throw a changeup. He owns that pitch, he likes that pitch."

The Razorbacks will keep the same rotation they've used all season with both Noland and Saturday's starter Hagen Smith (6-2, 3.79) a little more rested after short starts last week.

Noland threw 78 pitches in a no-decision in last Friday's 11-8 win at No. 18 Auburn, as the Razorbacks rampaged back after a 5-0 deficit.

"We just thought, let's take him out," Van Horn said of lifting Noland after the fourth. "They've got, what, a five-run lead at the time? We'll rest him a little bit and get him ready for this weekend. Fortunately for us, we had some guys come in and do a great job and we came back and won the game and Connor got to save a few pitches."

Smith, the freshman left-hander who is up to 61 2/3 innings pitched this season, got a no-decision while throwing 81 pitches over 4 innings in a 5-3 loss to the Tigers. Van Horn said Smith's velocity was down -- with his fastball topping out around 88 mph as opposed to his normal 92 mph -- after that outing. However, that issue looks to be improved after his bullpen session this week with pitching coach Matt Hobbs.

"His mechanics weren't quite right, and they fixed it," Van Horn said. "Coach Hobbs was ... just kind of excited about what he saw in Hagen's bullpen, and they made a few adjustments.

"It happens, though. It doesn't matter if he's a freshman or a fifth-year senior. A lot of times when you get to this point in the season, if you've thrown a lot of pitches, you're going to have some of those days where you're down a couple of miles an hour. Hopefully that will go away."

Van Horn and Corbin, who both entered the league in 2003, combine with Ole Miss skipper Mike Bianco as the most-experienced SEC coaches. Each is well aware of the playing and coaching style of the other.

Vanderbilt leads the SEC with 70 stolen bases (in 79 attempts) and with 22 sacrifice hits.

"We've worked on it. We know what their style is," Van Horn said. "They also have power, too. They have a lot of talent. They can beat you in a lot of ways offensively.

"They can get down the line. They've got four or five guys who can steal a base. They'll hit and run, bunt. If it works, it can get you. If it doesn't, you can get some quick innings. Nothing's changed."

Corbin described the Razorbacks as a "really good" team.

"It's probably like Georgia: One through nine, where's the break? There's no break. Every single one of those hitters has a chance to put pressure on you with their bats. You've got to pitch them extremely well. You're got to play defense." 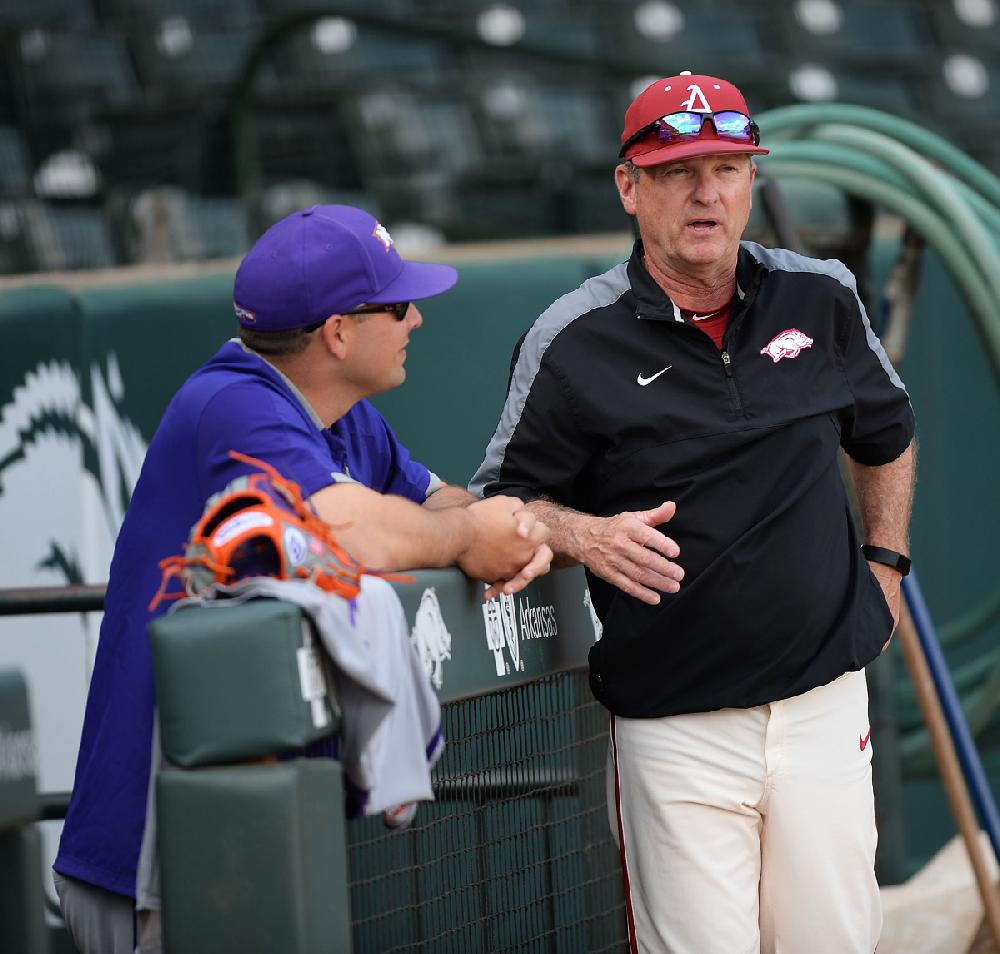 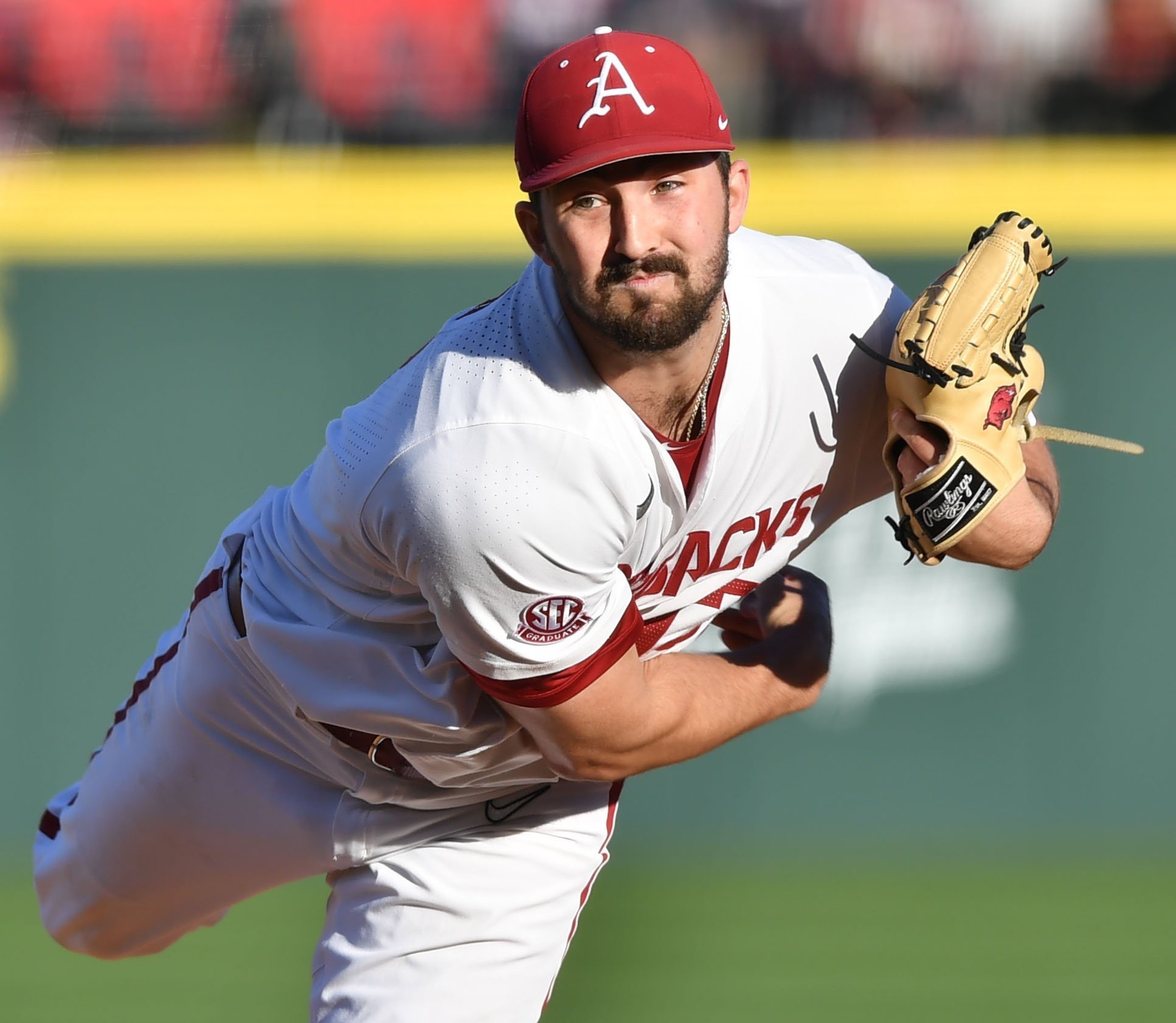