Springdale opens with rout of NLR 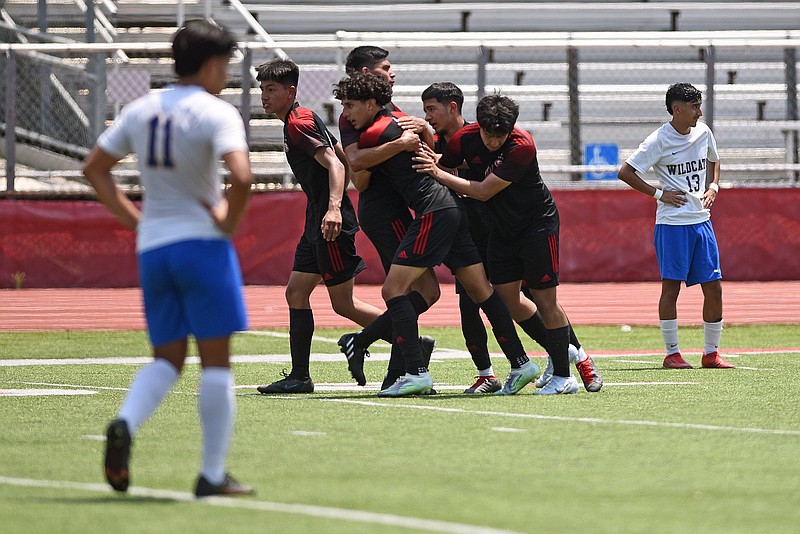 Springdale players celebrates one of their goals en route to a 6-1 victory against North Little Rock in the opening round of the Class 6A state tournament. More photos at arkansasonline.com/513nlrs/ (Arkansas Democrat-Gazette/Staci Vandagriff)

CABOT -- Springdale began its 2021 title defense by defeating North Little Rock 6-1 on Thursday in the opening round of the Class 6A boys state soccer tournament.

The Charging Wildcats scored first at the 20-minute mark thanks to a 35-yard strike from Abraham Bravo, but that lead would be short-lived.

Springdale drew level at 1-1 five minutes later on a goal from Mike Solis. At the 27-minute mark a North Little Rock (7-8-3) defender was called for a hand ball resulting in a successful penalty kick by Springdale for a 2-1 advantage.

Bravo's goal would be North Little Rock's lone goal, but that didn't mean that the Charging Wildcats didn't cause Springdale (6-4-4) some problems. The Charging Wildcats' front line had a sizable speed advantage over the Bulldogs and their attackers came within an errant touch of scoring on multiple occasion.

"We weren't organized enough with how to deal with [their] two forwards," Springdale Coach Donald Beeler. "We tried to sort it out in the first half, but that's difficult to do when the game's going on. Once we got that sorted out at halftime that kinda limited their opportunities."

Beeler knew coming in as the defending state champion that the Bulldogs would have to respond to the pressures. He felt the team handled them after the two first-half scores.

"We went down to start the game, so to see the response to get the goal back quickly and then to go ahead 2-1 going into half was really good to see because this can be a big mental challenge for the kids with everything that's on the line," Beeler said.

Coming out of halftime with a 2-1 lead, Springdale's Bryan Bartolo got the scoring started in the second half with a solo goal nine minutes in.

Johnny Rodriguez netted two goals within three minutes to make it 5-1. The second goal was Beeler's sign to bring on the reserves as nine players were substituted for moments later.

The reserves got in on the fun with two minutes left in the match as Jose Damian slipped a shot through North Little Rock's near post.

"I think getting the first half out of the way, understanding that we can do it, we just gotta relax a little bit and be more composed in the critical moments," Beeler said. "We had created the chances in the first half, but we just weren't very sharp in the final third. Once we got that sorted out, goals started to fall for us." 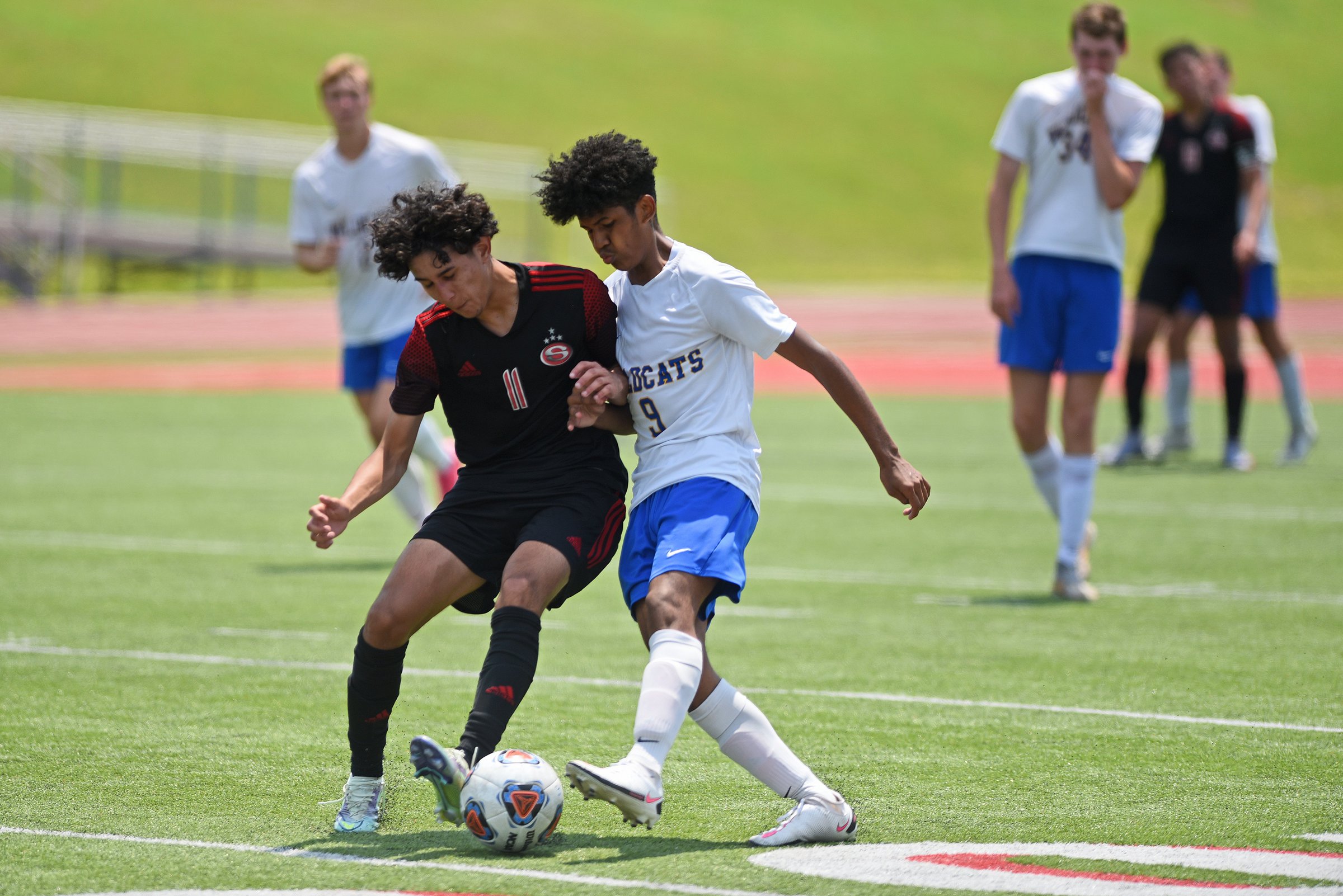