Halfway into contract, company looking to increase cost of providing service by Tom Sissom | May 13, 2022 at 1:03 a.m. 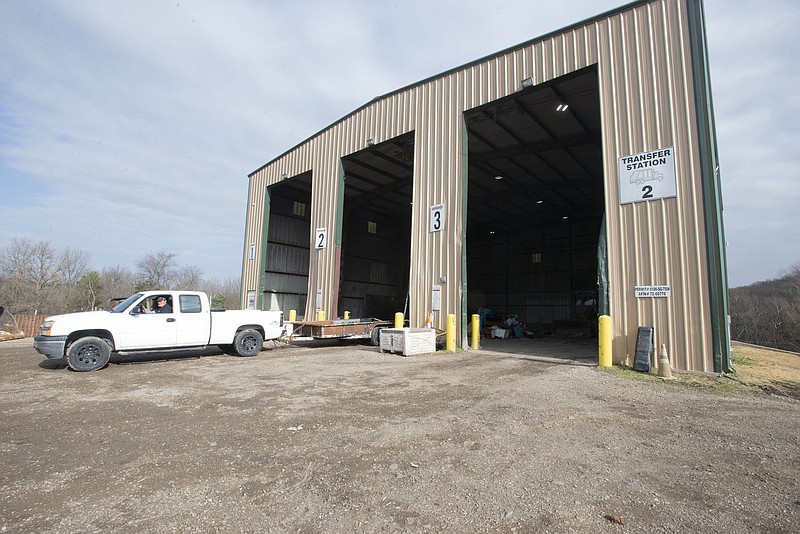 FARMINGTON -- Faced with a request for a 21% increase in the cost of hauling waste to the Eco-Vista landfill, the Boston Mountain Solid Waste District decided Thursday to seek other bids on the waste-hauling contract.

The district's board authorized Director Robyn Reed to advertise for proposals for the contract now held by Cards Recycling of Springdale.

Reed said the company is about 2½ years into a five-year contract awarded in 2019 and the district paid about $500,000 last year to have the company haul solid waste from the district's transfer station in Prairie Grove to the landfill in Tontitown.

Jason Fitzgerald, director of government affairs for Cards, said in a letter to the district that the company is dealing with increasing costs for fuel, labor and repairs. He also said the company's trucks have been asked by Waste Management, which operates the landfill, to use a different route to the landfill from the transfer station. That alternative route adds about 30 minutes to each trip, he said in the letter.

"We really hate to hit you with this," Fitzgerald told the board Thursday. "It's been a year, and there's no way for us to keep eating that cost."

Peter Nierengarten, representing Fayetteville on the board, noted the waste-hauling contract is for five years and only half has passed. He characterized the Cards request as almost "a breach of contract."

Springdale Mayor Doug Sprouse, board chairman, said he didn't think the board could approve the Cards request without seeking other bids for the service.

Also Thursday, the board heard complaints from residents of the area near the Eco-Vista landfill.

Angie Russell, who lives in the Arbor Acres area near the landfill, said neighbors have been sickened by what she described as "toxic gaseous vapors" she said are coming from the landfill. She and others have been afflicted with headaches, nausea and dizziness, and it has become a daily or weekly problem, she said.

"Please do not allow Waste Management to expand," she said. "Tontitown is growing. We cannot deal with this, and if there is an expansion, this is only going to get worse."

Mark Calcagni said he has lived about a half-mile from the landfill for 34 years.

"The area is not like it was 34 years ago," Calcagni said, pointing to rapid residential growth and the placement of an elementary school about 1.5 miles from the landfill site. "It's not suitable for a landfill."

Sprouse said after the meeting the Solid Waste District's board approved a certificate of need for an expansion of the landfill, but overseeing operation of the facility is a state responsibility.

"We have no jurisdiction in that area," Sprouse said. "Our role in the process is to determine the appropriateness of the certificate of need. There's no doubt we need more landfill space. But that's where our jurisdiction ends."

The board took no action on the complaints about the landfill operation.

A waste transfer station is a facility where solid waste is temporarily held before it is delivered to a landfill or other facility. Typical activities at a transfer station include unloading garbage trucks, screening and removal of inappropriate items, compacting and then reloading onto larger vehicles.