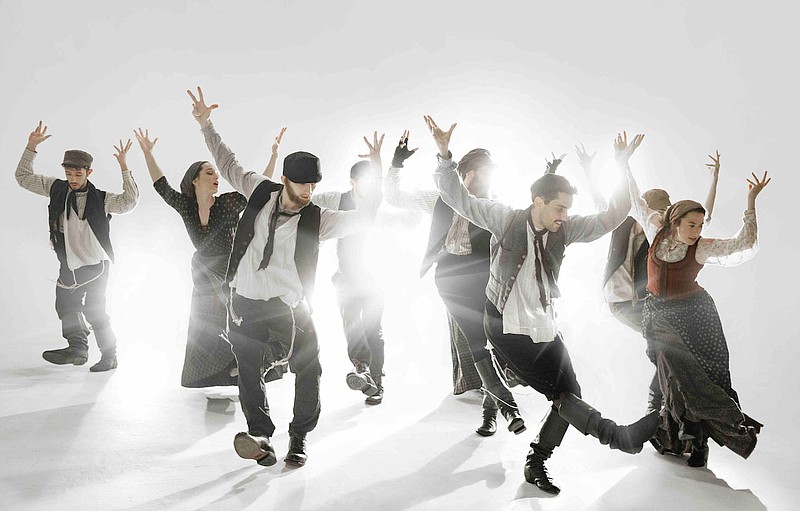 The revival of “Fiddler on the Roof,” created by Tony-winning director Bartlett Sher and the team behind “South Pacific” and “The King and I,” has been called “an entirely fresh, funny and gorgeous new production” and “a remarkable achievement.” (Courtesy Photo)

"Without tradition, our lives would be as shaky as a fiddler on the roof."

We have a human tradition of telling stories to entertain, to make us laugh, to make us rejoice, and most importantly, to make us better people. Stories not only give us empathy for our fellow humans, but they allow us to examine ourselves and our beliefs. That is why we must share them over and over again. Such is the case with "Fiddler on the Roof," which has undeniable parallels with the war in Ukraine from the threatening presence of the czar in the background to the banishment of the Jews of Anatevka at the play's end.

Yehezkel Lazarov, who plays Tevya in the production of "Fiddler" now on stage at the Walton Arts Center, read a somber message after the opening night show dedicating the performance, and all performances of the play, to the people of Ukraine and refugees fleeing war -- in this case, a land grab by a faceless autocrat. While "Fiddler on the Roof" isn't as overt in its moral stance as musicals such as "Cabaret" or "The Sound of Music," which actually have Nazis in the show, the real-world context casts a pall on the play's warmth and humor the moment the czar is mentioned. By the play's end, it's hard not to weep after laughing and loving along with the people of the village for the last two hours. Part of that was the absolute perfection with which the production is carried out.

Lazarov's Tevye deserves rejoicing -- but he'd probably shrug it off. His asides to God and interactions with his daughters and the other characters were so natural it's hard to imagine him as anyone else. His comedic timing was matched well by Maite Uzal, who played his wife, Golde, and Yente, played by Brooke Wetterhahn. Wetterhahn also deserves applause for her part in Tevye's dream. She stole the show every time she took the stage, including at the end when she says, "Next year, Jerusalem," and your heart just breaks for the woman who has been cracking you up all night.

I liked the way Lazarov dresses in a modern red coat against the brown-based period costumes of his fellow actors in the opening and closing of the play. It was a subtle reminder of the plight of the refugee as they are taken from their land or in this case, the context of the play. According to a review of the 2019 Broadway production, this detail was added for that effect. Lazarov deftly moves in and out of that context.

The ever changing sets too were choreographed into the dances and scene changes. You could tell that the actors had gone through these numbers so many times that it was like second nature to them. Each song was well performed and given the reverence that it deserves. It was such a treat to see this both "traditional" and all-too-relevant performance locally. It is a beautiful, humorous and somber reminder of how the stories and songs that we share transcend time, religion and cultures.

‘Fiddler on the Roof’