Colvin to speak at PCCUA-Stuttgart 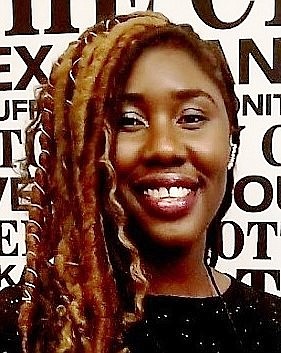 Journalist Eplunus Colvin of Stuttgart will deliver the commencement address to the 2022 graduates of the University of Arkansas Phillips Community College of Stuttgart and DeWitt.

The graduation will be held at 7 p.m. Thursday in the college's main lobby at Stuttgart, according to a news release.

Colvin, a journalist for the Pine Bluff Commercial, is a former editor and reporter of the Stuttgart Daily Leader.

She began freelance writing for The Commercial, becoming full-time in 2020, a week before the first covid-19 case in the state was reported at Pine Bluff. Her firsthand news reporting allowed her to be a source for not just Jefferson County, but also for Arkansas County. She is the executive producer of The Commercial's new web series, "The Newsroom," where local leaders are interviewed. She has received numerous awards from the Arkansas Press Association as a journalist for The Commercial.

Colvin grew up in a military family, which gave her the experiences of living abroad and in numerous states in the U.S. before settling with her family in Wichita Falls, Texas.

A writer, content creator and an APA Better Newspaper Award recipient, Colvin draws on her experiences of growing up in a "psychologically challenging household," as a catalyst for positive change, according to the news release.

A 1999 graduate of Hirschi Math/Science International Baccalaureate Magnet High School, Colvin received an athletic scholarship to the University of Arkansas at Little Rock, where she was part of the first reinstated women's basketball team following a 10-year hiatus. She received a degree in radio, television, and film with a minor in journalism, but first chose a career in professional basketball, completing a season in the FIBA Europe and the global International Basketball Federation.

Her career includes stints in television broadcasting, working as a television program planner and media manager, as a media specialist, a production assistant for a reality show, and multimedia sales account executive. In Stuttgart, she has worked closely with advertisers to create effective advertising campaigns through print and digital media resources including newspaper, social media and website advertising.

Colvin's writing has been featured in more than 75 news and magazine publications including USA Today, Government Technology Magazine, The Columbus Dispatch, The Miami News-Record, and the Mexico Ledger.

In 2018, she was named chief editor and reporter for the Stuttgart Daily Leader, making history as the newspaper's first black editor. She remained editor until the newspaper closed in 2019.

At the Stuttgart newspaper, she produced engaging community news coverage and introduced live streaming in covering community events and city government. During her time with the Stuttgart Daily Leader, she was awarded the GateHouse Inner Circle for Journalism with Impact award. She was also recognized by the Arkansas Press Association in numerous categories, including headline writing, single feature photograph, coverage of politics/election, coverage of business/agriculture, feature story, news story and overall excellence.

Colvin is a strong believer in community service and volunteerism, serving as youth director of Allen Temple Missionary Baptist Church, youth director partner with the Fellowship of Christian Ricebirds, a Rotarian, a media delegate with the Arkansas Martin Luther King Jr. Commission, a contributor of news footage to KARK news. She is also the Kelly Hobbs Mentoring Program co-founder, Stuttgart Gloves not Guns volunteer, and Stuttgart Wings Over the Prairie Duck Festival media volunteer. In 2019, she was honored by the Stuttgart Chamber of Commerce as its 2019 Stuttgart Citizen of the Year for her journalism volunteerism to the community, and she is a 2020 graduate of the Stuttgart Chamber of Commerce Leadership Arkansas County.

Colvin is an active member of Allen Temple Missionary Baptist Church where she has shared her expertise by creating a video ministry. She is married to Paul Colvin, and they have two children, Zaniya, 15, and Preston, 5.