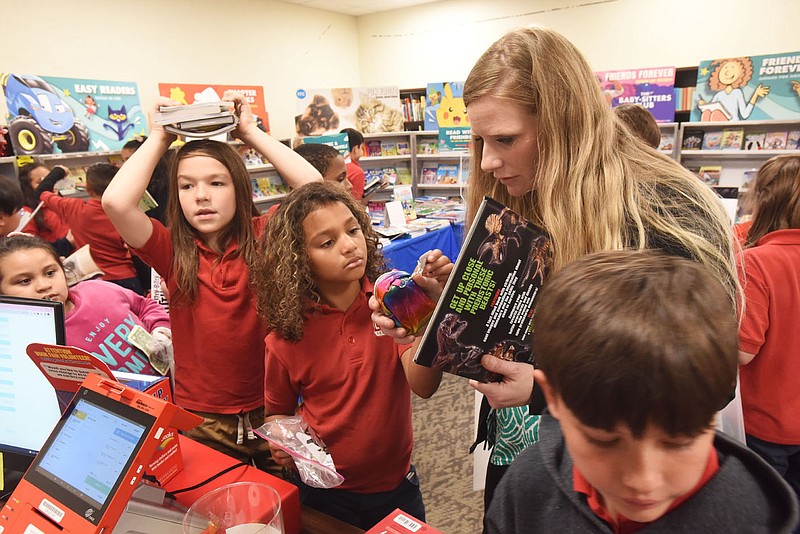 Summer Lunsford, a teacher at Lisa Academy in Springdale, helps students on Tuesday May 3 2022 select books at the school's book fair. Lisa Academy plans to open a school in Rogers this fall. (NWA Democrat-Gazette/Flip Putthoff)

Students, staff and community members cheered and set off confetti cannons as LISA Academy recently broke ground on a 46,000-square-foot school in Fayetteville.

The academy, which already has a school in Springdale, is one of several open-enrollment charter schools expanding in Northwest Arkansas and the River Valley. In addition to its plan to open a Fayetteville school in 2023, LISA will open a Rogers campus this fall, and Haas Hall and Founders Classical academies are launching new campuses in the near future as well.

Those new buildings will create about 2,100 additional seats for charter students, who often face long wait lists and lottery drawings to be admitted.

Out of the 24 charter schools in the state, 12 are in Northwest Arkansas or Fort Smith, and two are exclusively online.

These numbers do not include students in the region enrolled in Arkansas' two virtual charter schools -- Arkansas Virtual Academy and Arkansas Connections Academy -- which served a combined 7,245 students statewide as of last fall.

While charter enrollment increased steadily over the years, much of the of decline in public school enrollment took place in the midst of the covid-19 pandemic, when public schools lost nearly 6,000 students, the numbers show.

It's important to note the state's Charter Authorizing Panel and Board of Education approved open-enrollment virtual charters' request to increase the enrollment cap due to the pandemic, said Kimberly Mundell, spokeswoman for the Arkansas Department of Education.

Public charter schools are schools of choice that operate with freedom from many of the regulations that apply to traditional public schools, according to the Arkansas Department of Education. The state has two types of charter schools: district conversion and open-enrollment.

Open-enrollment schools are run by a government entity, an institution of higher learning or a tax-exempt, nonsectarian organization, according to the department. They can draw students from across school district boundaries and choose students through a lottery system. Conversion charters are traditional schools converted into a public charter and only draw students from inside the district.

The new campuses in Northwest Arkansas are opening under existing charters, according to Mundell.

LISA Academy started in central Arkansas in 2004 as a couple of middle schools and expanded to serve kindergarten through 12th grade, according to Hannah Philpot, district public relations coordinator. The college preparatory school, which focuses on science, technology, engineering and math, moved into Northwest Arkansas in 2019 with its Springdale location, which serves about 350 students in kindergarten through eighth grade, she said.

LISA Academy moved into the region because of the area's rapid growth, Philpot said. The academy focuses on becoming part of the community and is the most diverse charter school in Arkansas, she said.

The LISA Academy opening this fall will be on Horsebarn Road, on the line between Bentonville and Rogers, and will have room for up to 500 students in kindergarten through 12th grade, Philpot said. Construction of the 45,300-square-foot building will cost $9.3 million.

LISA's Fayetteville campus is scheduled to open in fall 2023 and will also have the capacity for 500 K-12 students, Philpot said. Construction costs are $13.8 million, she said.

In February, Haas Hall Academy was granted a charter for a Fort Smith school, scheduled to open in fall 2023 on the campus of the Arkansas College of Osteopathic Medicine. It will be able to enroll up to 500 students in grades 7-12.

Haas Hall began with 17 students in 2004 as one of the state's first charter schools, according to founder and Superintendent Martin Schoppmeyer. It now operates schools in Fayetteville, Bentonville, Springdale and Rogers with about 1,300 students total.

The school, managed by ResponsiveEd Solutions of Lewisville, Texas, is opening a second campus on Dodson Road in Rogers in August, she said. The cost of the new building, including the land, will be around $20 million, she said. Grades 7-12 will move to the Rogers school when it opens, Provenza said. The Bentonville campus will become a K-6 school, and the Rogers campus will be a K-12 school, she said.

Each charter school in Northwest Arkansas offers a distinct approach, culture and emphasis, according to Patrick Wolf, professor of education policy at the University of Arkansas. Charter schools allow parents to select the free public school that fits their child best, he said.

Charter school focus and pedagogical practices depend on the target audience and mission of the school, Mundell said. Focuses include adult education, classical education, college preparatory academies, credit recovery and other areas of emphasis, she said.

Hope Academy, a charter school in Bentonville, is in its second year. It serves students who have experienced some kind of early-childhood trauma such as abuse or abandonment, said Principal Jake Gibbs.

The school has 50 students in grades kindergarten through five. The trauma students have experienced manifests itself in all kinds of challenging behaviors, such as verbal aggression and, in rare cases, physical aggression, Gibbs said.

The school provides students a consistent, structured classroom where they feel safe and have boundaries, Gibbs said. Many parents are relieved to find a school that handles their child's behavior problems without resorting to sending them home, he said.

Charter school enrollment increased nearly 20% between 2019-20 and 2020-21, when the covid-19 pandemic hit, Wolf said. When schools pivoted to virtual school, parents learned more about the education their children were being provided and some felt it wasn't the content they wanted, he said.

Schoppmeyer said he thinks charter schools are growing because they are being accepted widely as an alternative to traditional public schools. One size doesn't fit all when it comes to education and families need options, he said.

"Haas Hall has grown precisely because we have done a pretty good job of getting kids in college and providing a quality education to scholars in Northwest Arkansas," he said.

"Parents want more options, they want something different," said Tammy Mostyn, the mother of a second-grade and seventh-grade student at Founders Classical Academy.

She and her husband Josh Mostyn decided to enroll their oldest son when he was entering kindergarten. They knew another family from their son's daycare who was sending their children to the academy and went on a tour of the school. They were amazed at the classic literature the students were reading and how respectfully they behaved, she said.

Mostyn was especially impressed with the emphasis on character building and critical thinking, she said.

Debbie and Dan McElroy chose Founders Classical Academy for similar reasons when their oldest son was entering kindergarten. The couple liked the classical curriculum and the fact their family wouldn't be rezoned and sent to another school, she said.

McElroy said she feels the school is setting her children up for success by teaching them classical literature and getting them familiar with presenting in public as they recite poems in front of the class.

Northwest Arkansas charter schools are ahead of traditional public schools in terms of student growth, according to Sarah McKenzie, executive director of the Office for Education Policy at the University of Arkansas.

McKenzie believes academic growth is the most meaningful indicator that schools are helping all students learn, she said. Standard achievement scores that reflect how well students score on the state's annual exams are highly correlated to poverty levels and underrepresented populations, she said.

Growth scores, on the other hand, measure how much a student improved from one year to the next, compared to similar students across the state, she said. Growth scores better measure how well schools are educating students, Wolf said.

Growth score values range from 70 to 90, so they are easier to communicate as percentiles, McKenzie said. Northwest Arkansas charter schools' average content growth score in 2020-21, for math and English language arts combined, is 83.52, which is at the 79th percentile for schools statewide, she said. Traditional public schools in the area have a content growth score of 82.47, which is at the 71st percentile for schools statewide, she said.

"The ones that really push on the achievement side do tend to deliver positive test score gains for kids," he said, citing Haas Hall as an example.

There is also substantial research that indicates competition from charter schools improves outcomes at traditional public schools because it puts pressure on districts to up their game, Wolf said. School districts tend to work on forging closer relationships with parents, developing special programs and removing the worst-performing teachers from the classroom, he said.

The cost of choice

The demand for charter schools is likely driven by consumers' basic desire for choice, according to William McComas, a professor of science education at the University of Arkansas.

"We all like choices, just look at the supermarket," he said.

However, McComas feels commercializing public education is problematic and is concerned there isn't enough transparency for parents to make informed decisions. He also pointed to the national studies that show little difference between charter school performance and traditional public school performance.

"I don't know that you can commodify an important public service like education," he said.

Charter schools use public money to educate students, but aren't controlled by locally elected officials like traditional public schools are, McComas said. Some are governed by a group of local, well-meaning parents while others may be managed by a private company, although they are all ultimately accountable to the Department of Education, he said.

Charter schools also remove the diversity of the student body from the local community, McComas said. Public schools are bastions of socialization, mixing many different types of students, while charter schools tend to draw a less diverse group of children, he said. Kids lose out when they don't get to mix and mingle with people who are different from them, he said.

Charter schools also lose the economy of scale and draw parents away who could be pouring their passion into their local public schools, he said. 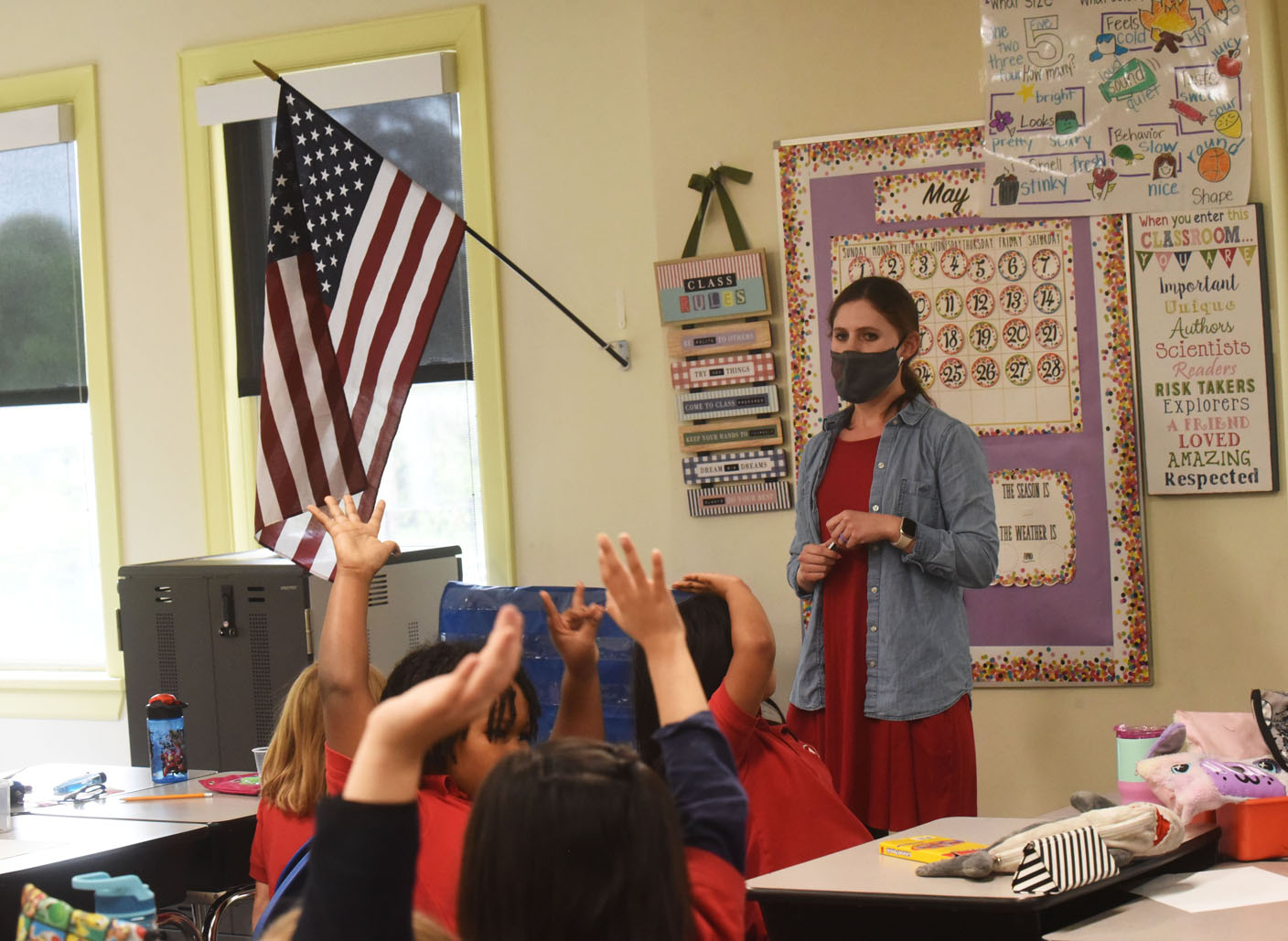 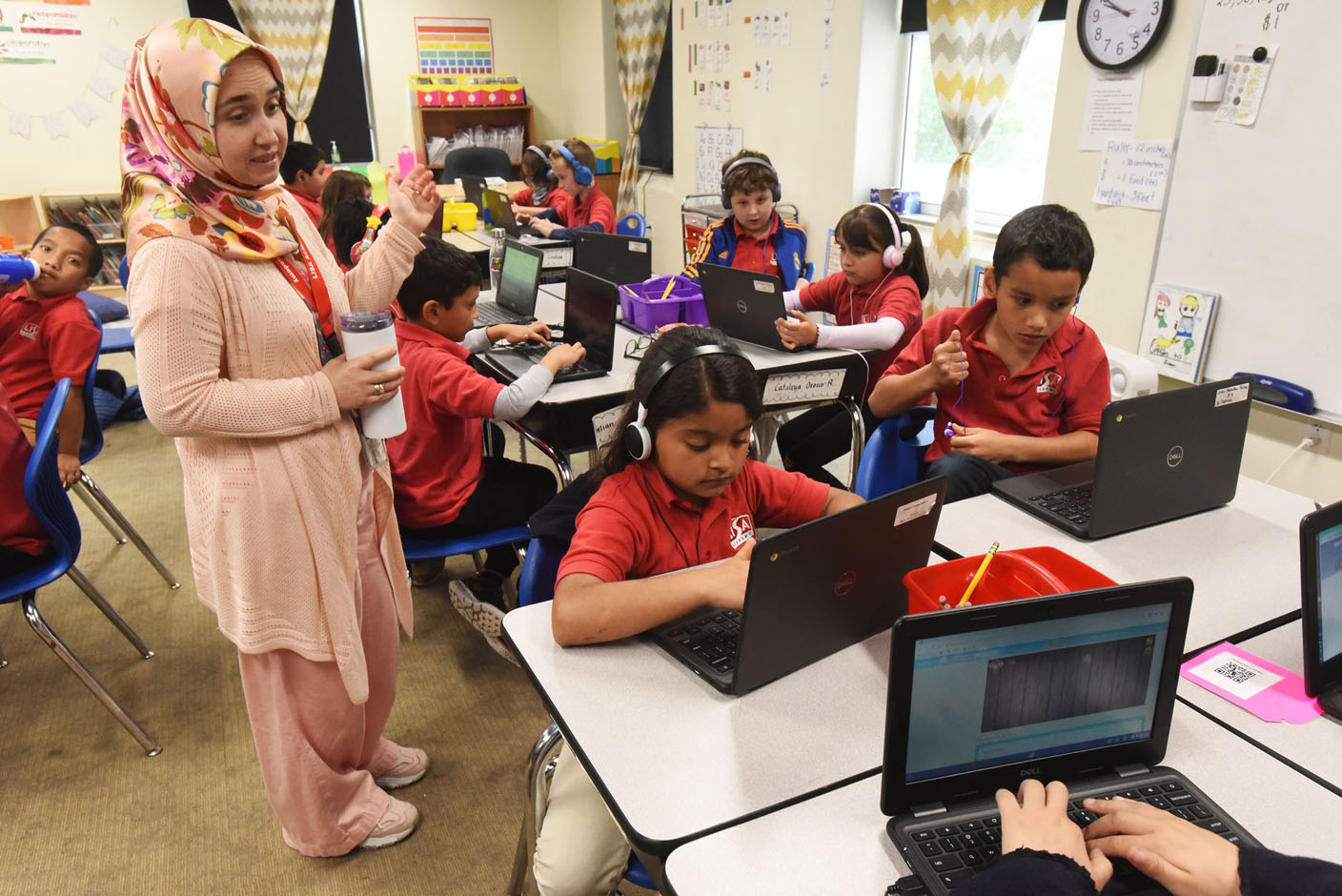 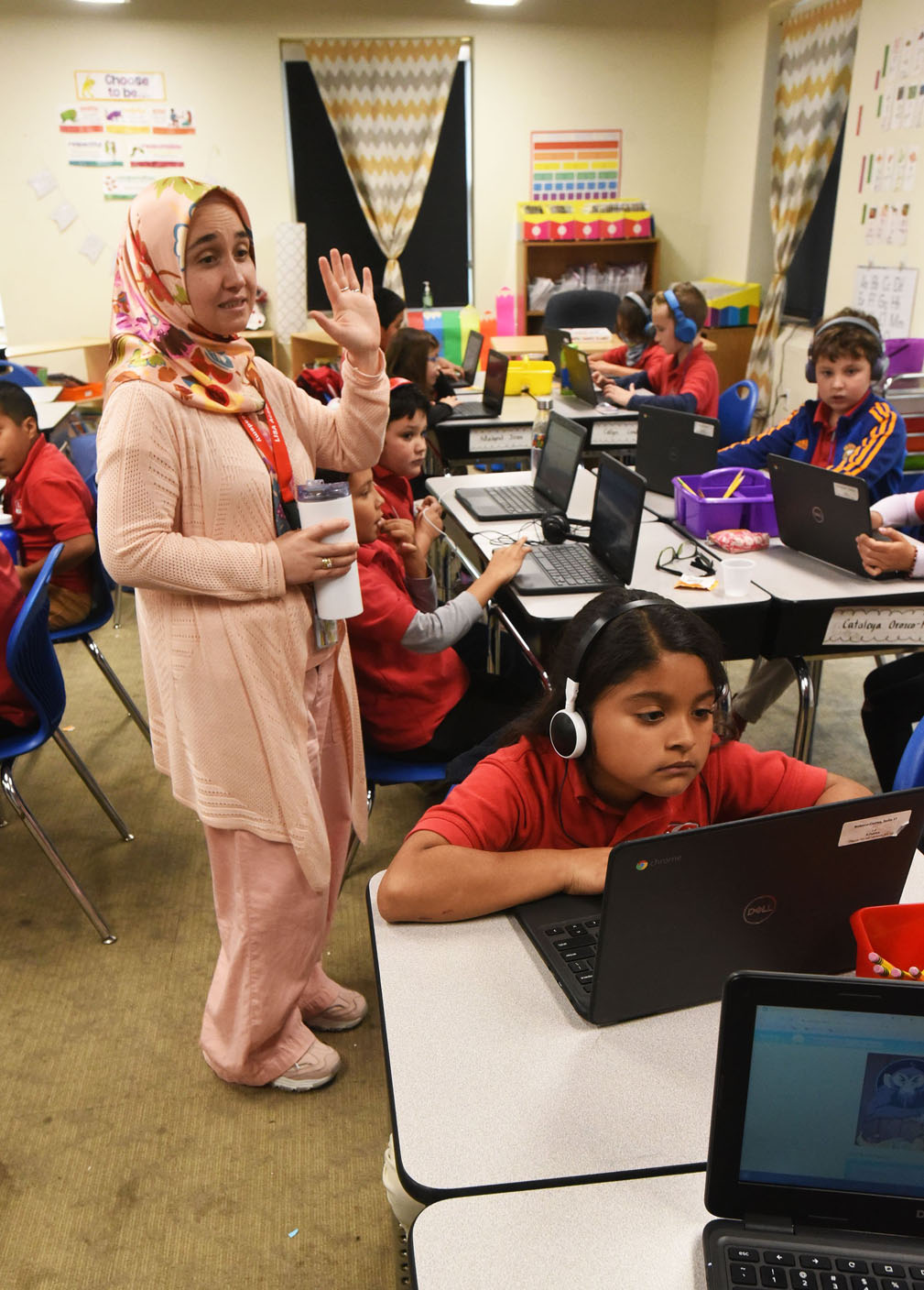