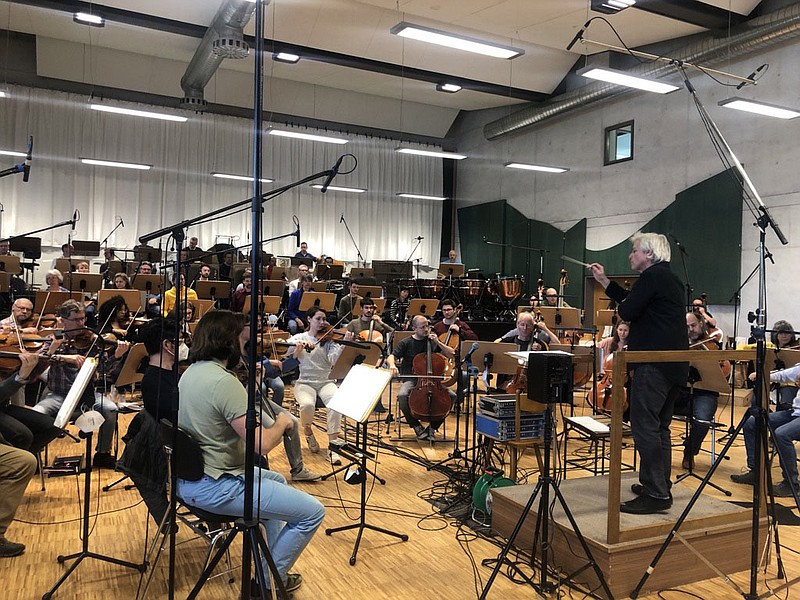 Jeter was recently in Wurttemberg, Germany, to record Volume 3 of the complete orchestral works of African American composer Florence Price (1887-1953) for Naxos Records. In its 99th season, the Fort Smith Symphony will perform works by the first recognized Native American composer, Louis Ballard, and record them for Naxos. (Courtesy Photo/Marlies Kirchherr)

The last time John Jeter took up the baton to lead the Fort Smith Symphony, it was the final concert of the 2021-22 season -- a screening of the film "Raiders of the Lost Ark" with live orchestral score.

Almost immediately, the 2022-23 season was announced -- and Jeter hopped a plane to Wurttemberg, Germany, to record Volume 3 of the complete orchestral works of Florence Price (1887-1953) for Naxos Records. There's no rest for a tired conductor -- but there's plenty of joy.

"Volume 1 of the Florence Price series on Naxos Records was recorded by the Fort Smith Symphony and is credited as one of the catalysts in the current national and international rediscovery of the music of Florence Price," Jeter says proudly. "Price was born and raised in Arkansas and is recognized as the first African-American female concert composer."

Never content to rest on his laurels, Jeter already knows who will be the next composer to benefit from the attention of the Fort Smith Symphony. His name is Louis Ballard (1931-2007), and according to Jeter, he is credited "as being the first Native American concert composer." He is also the subject of the 2023 season finale, "Native American Legends," on April 22.

"Perhaps our most significant project of the season will be a celebration of the music of Louis Ballard," Jeter says. Born near Miami, Okla., "Ballard's Quapaw and Cherokee lineages tie into the Native American history of our region," he explains, and "his music was performed by the Los Angeles Philharmonic, St. Paul Chamber Orchestra and orchestras in Europe.

"His compositional style was very traditional in the beginning but developed into a much more modern and edgy feel in his later years," Jeter goes on. "His works are infused with Native American influences, sometimes very overtly, other times, very subtle. The Fort Smith Symphony will present a subscription concert of his music on April 22, [and] this music will then be recorded by Naxos Records for commercial release.

"This will be the orchestra's fifth recording for Naxos," Jeter enthuses. "The recording will include music that has not been performed for decades and that has never been commercially recorded. Ballard's music will be featured throughout the season at other events as well. Ballard created a wonderful curriculum for elementary music education that uses Native American folk songs, [and] the symphony will be working with regional school systems to help introduce and include this Native American component into the current music curriculum.

"The intent," Jeter concludes, "is that this regional project can help introduce Ballard's educational work on a national level and will be helpful to music education programs in general as greater diversity is sought in arts and music education."

Of course, before that performance, the Fort Smith Symphony will present a full season -- its 99th -- just as diverse as it always is. This year, Jeter is calling it "Legends":

Dec. 3 -- The Joy of Christmas: With holiday favorites such as "Sleigh Ride," "We Three Kings," "The Nutcracker" and "Amazing Grace."

March 4 -- What a Rush!: A classics concert spanning the 20th century and beyond with Cristina Spinei's "Ode to Tornado Alley, Whirl"; Kenneth Fuch's "Rush for Saxophone and Orchestra," performed by Damian Cheek; and Howard Hanson's Symphony No. 2.

"We are envisioning this 99th season as a growth and transition year from the previous two seasons -- which were presented very successfully during covid -- toward the organization's celebratory 100th season in 2023-24," says Jeter. "None of this would be possible without the amazing support of our community, sponsors and patrons." 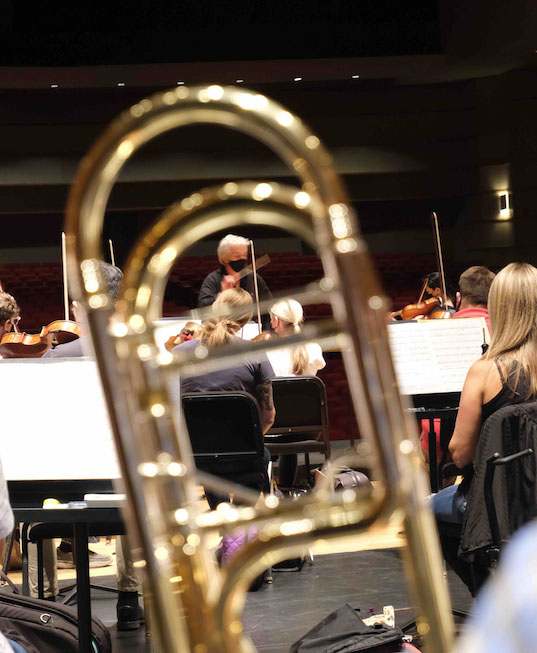 There’s no rest for John Jeter, the music director of the Fort Smith Symphony. He’s just back from a recording session in Germany and ready for season 99 for the River Valley orchestra. (Courtesy Photo)
More News

Season tickets are on sale for both renewing and new subscribers at fortsmithsymphony.org.

Individual concert ticket sales will be open later in the summer.