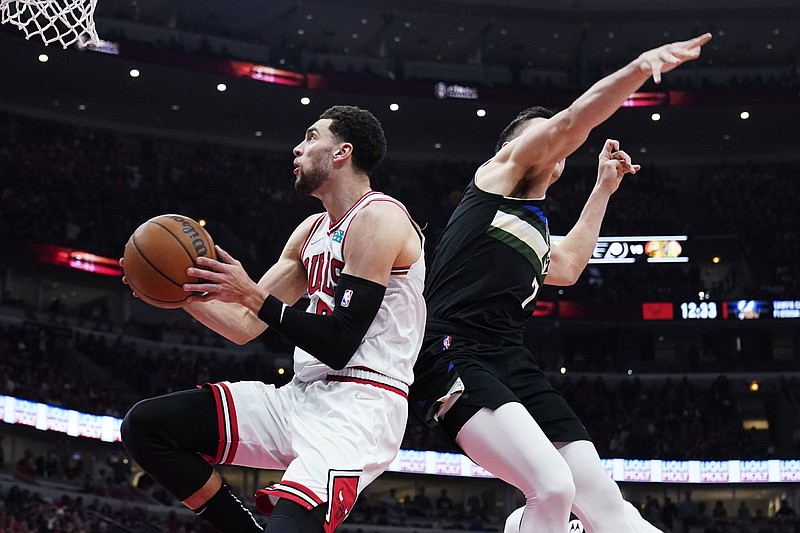 CHICAGO -- Though he didn't rule out re-signing with the Chicago Bulls, Zach LaVine didn't slam the door on joining another team, either.

The two-time All-Star played it coy. And with that, the offseason took a dramatic turn in Chicago.

LaVine made it clear Friday he plans to explore the market as an unrestricted free agent for the first time in his career, calling it a "big decision" for him and his family. The high-flying guard insisted he is keeping an open mind, as much as he has enjoyed his five seasons in Chicago.

He indicated he intends to meet with other teams when free agency opens, saying: "I plan to enjoy free agency. We're going to have to experience A through Z without making any fast decisions. I think that's something me and [agent Rich Paul] are going to go through and experience."

Are the Bulls the leader to sign him? LaVine was noncommittal.

"You guys have been a really, really soft spot in my heart," he said. "I have to do this as a business decision, as a man, to not just be viewed one way and be like I'm automatically coming back or I'm automatically leaving."

The Bulls got off to a solid start this season en route to a 46-36 record and their first playoff appearance since 2017. But they were hit hard by injuries, with LaVine and guards Lonzo Ball and Alex Caruso and forward Patrick Williams missing significant stretches. They struggled down the stretch and got knocked out 4-1 by defending NBA champion Milwaukee in the first round.

LaVine averaged 24.4 points, made his second straight All-Star team and got his first taste of the playoffs in his eighth year. But it was hardly a smooth season for him.

He dealt with an early thumb injury and was in and out of the lineup the final few months because of a sore left knee. He had platelet-rich plasma therapy, a cortisone injection and fluid drained from his knee in Los Angeles before the All-Star break.

LaVine also missed the final playoff game after entering the health and safety protocols. He said he tested negative Friday after he "felt terrible" the first two days.

LaVine said he needs to get his knee back to 100% and he'll have it re-examined soon after he returns home to Los Angeles. As for his contract? The Bulls clearly want to keep him.

But LaVine didn't seem too inclined to give the Bulls a discount so they might have a little more salary-cap flexibility.

"I think it's important to me you get paid what you're valued at," he said. "I see myself as a top guy in this league. I think I've proven that over the last four years."

He also sees potential for the Bulls to become an elite team. Karnisovas has been aggressive in reshaping the roster since he was hired two years ago, acquiring Nikola Vucevic, DeMar DeRozan, Ball and Caruso as well as drafting Ayo Dosunmu and hiring coach Billy Donovan.

But the injuries last season made it difficult to develop the continuity they needed to compete with the NBA's best. That's a point the players as well as Donovan and Karnisovas mentioned the past two days. A major part of that would be re-signing LaVine.

"I don't think Rome was built in a year," LaVine said. "I don't think you can be a championship-caliber team right off the bat. Maybe some teams are. But it's tough. It's the first time a lot of us made the playoffs. I think it was a really good experience. And not all of us got to really play together due to circumstances of covid and injury. I definitely think this is a good team and has the potential to be a championship-caliber team." 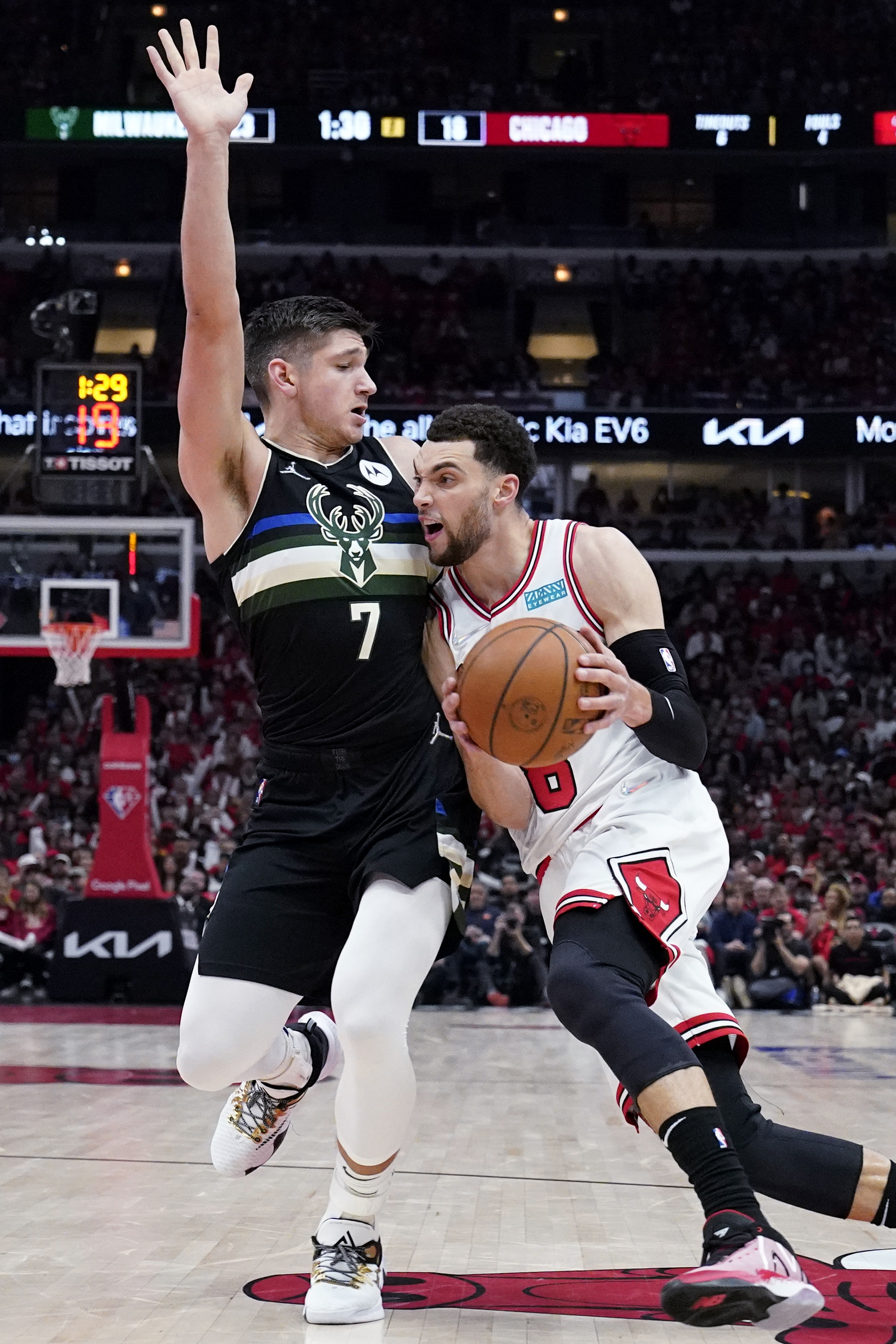