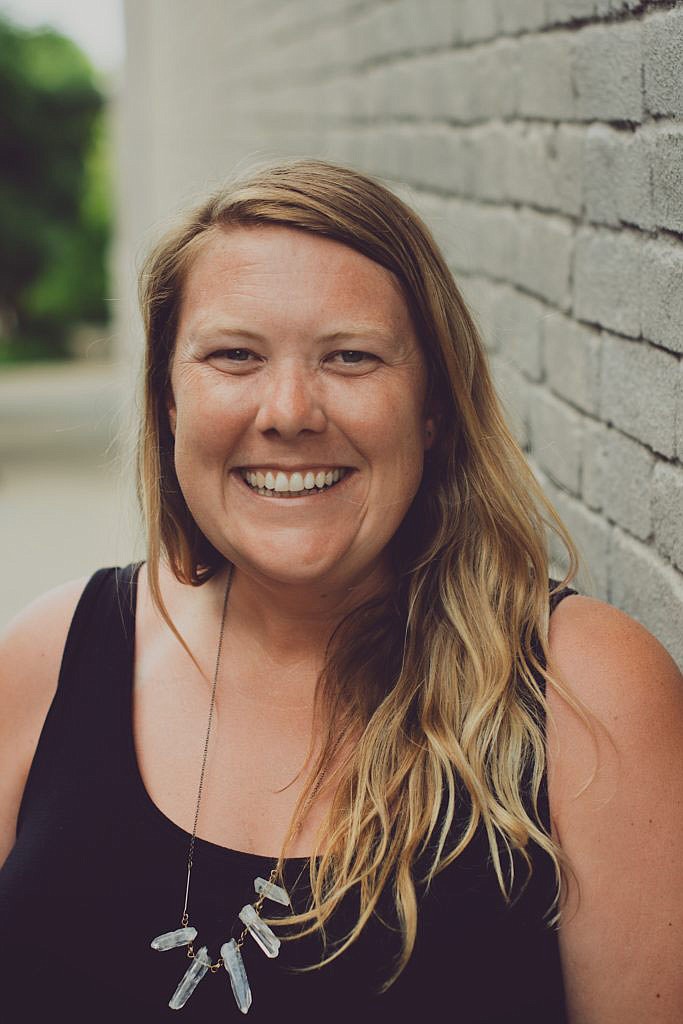 Processed with VSCO with a6 preset

If you've been in Northwest Arkansas very long, you may have met artist and community organizer Amber Perrodin a time or two. She founded The Little Craft Show and the Springdale Taco Tour, among many other things, and now works for CACHE, a team of working artists bonded by a love for the intersection of creativity and community.

What you may not know is that Perrodin recently published a book called "The Ozark Story Project," which is comprised of snapshots, recipes and brief stories from a number of community members that she interviewed over the past few years.

Perrodin says she got the idea for the project while helping out on a 2018 art exhibition. The project by Philippa Hughes got national recognition and toured the country.

"She was trying to create safe conversations around dinner tables among people with differing political views" about the 2016 election, Perrodin says. "Incorporating art into it really helped open the dialogue between people."

Hughes' project was set to come to Northwest Arkansas, and Perrodin was the curator to make sure it went smoothly. She selected 13 local artists and four venues for the tour across Arkansas in 2019 and 2020, the last being the Springdale Public Library in March 2020 just before the covid-19 shutdown happened.

Perrodin's role through that experience became an artist fellowship that came with funding from the New American Economy. Her job was to keep the conversations going.

The idea for the Ozark Story Project came through a casual conversation about what Perrodin was interested in. At the time she was reading Vance Randolph's "Ozark Magic and Folklore," and it made her think, "I wonder what the intersection of immigrant folklore with Ozark folklore is, the changing dynamics," she says. "Is it evolving and changing? What does it look like?"

She had hopes to do an exhibition in her studio about folks' experiences, but the covid pandemic had other plans.

"Not knowing at that moment how severe the pandemic would become, we transitioned to an online catalog for storytelling," Perrodin says. She launched a website and collected stories as they came in, occasionally making calls for more entries and attempting to collect stories from everyone possible. "The results are really beautiful," she says.

So what's the format of the Ozark Story Project?

It includes photographs and a prompt. People could submit a memory of the photo and another section has recipes. Food and the making of food cracks open stories. It brings up family members who passed and how you connected with them by serving a meal and telling that story.

The language of recipes and stories, for me, are some of the greatest family heirlooms. We're not a wealthy family, we don't have a ton of material items, but our family had a strong emphasis on sharing stories and recipes.

As we started this project, I quickly realized that that alone is an Ozark tradition: to share food and share stories.

How did it work, doing this project during a pandemic?

Twenty-twenty was full of a lot of fears and unknowns. When I was trying to engage with people, to get them to tell a story, [it] was somewhat challenging to get people excited because they didn't have the usual energy. Some were not really interested. That's why we pivoted to a photograph to help tell us a memory, to ask 'What was that day like? What was happening when you took that?' And we tapped into something. Then it led to the special times in their history. It was a nice distraction from the pandemic.

What are you especially proud of in this collection?

There are some family members who have none of the recipes written down, they just cook it. One example is Carrie Florez, a Mexican American woman, who sat with her grandma. They wrote down the recipe together and talked about the food memory with it. I'm happy to give them a reason to gather and document, because that's important. Even if she doesn't realize how important it is right now.

How long are these stories? Do any of them really stand out in your mind?

Most are short. Most people who submitted something don't consider themselves a writer. These little stories are intimate snapshots into people's lives and give them a platform to engage with. Many of the things that were brought forward were things that their families or friends did not realize they cared about.

The stories are all over the place.

Laurie Marshall submitted a longer history of her mom's house and the memories associated with that, now that her mother is no longer with her. In her story she explains that she couldn't afford to buy her mom's house back and now she checks listings regularly. She put a lot of heart into that one.

Another one comes from Springdale, December 1978. It says: "My parents bought land for horses and a house. Their property was on a dirt road, with a forest valley and a vibrant creek. But today I-49 is in the background, there's a billboard, and the night sky is no longer dark."

One person wrote about when he saw daffodils, a line of jonquils, along the road. He enjoys driving to view those; even those are a whisper of the past.

I feel like it's important to archive their story as simple as it is. It feels like a small heirloom. One day this gentleman or his family will have this to look back on.

Did any of the stories surprise you?

I'm surprised by the variety. Some are simple documentation, others are about family history. Everyone's approach is surprising to me.

Were all of these the product of interviews or website submissions?

No, we also did a free event around this called The Ozark Social, at the space that was formerly the Arts Center of the Ozarks, in June 2021. It was the Ozark Story Project in person. We invited local people to share stories as we served sassafras tea, a traditional Ozark tea to share with people.

The idea was that the whole project ties to the land and forest, to where we physically are geographically, and to tie those elements into everything we do. That event wound up being incredibly powerful. We had a stage and microphone for people to get up and tell a story. People were connecting and emotional together. To have this collective experience (was amazing) to be vulnerable sharing about grief and death, while some were playful experiences and some shared through song and poetry.

Were any of the stories collaborations?

Two were community poems. We placed the prompt on our website: "What makes the Ozarks home for you?" The limit was one sentence. We compiled it with a poet, Noelia, in Fayetteville. She took the answers and put them in a sequence that made sense. We included that in the book as well.

The other community poem happened during the Ozark Social. We passed a plate and slip of paper with a prompt asking, "What's a mantra that helped you get through 2020?" Noelia was on site. She took the papers and again composed it in a manner that made sense and read it on stage. That was powerful too. It was a communal experience and at a time when people were just getting together again.

What made doing some of this in person so special?

We were able to share with each other what we'd been doing the past two years, which was really freaking hard. One person shared a suicide story and everyone softened, and then a song was shared and we softened further. All these things were making people feel that their stories were important and special regardless of how simple or how scary it might be and realizing that at the end of the day, we are all just fighting for something and want to connect with people. 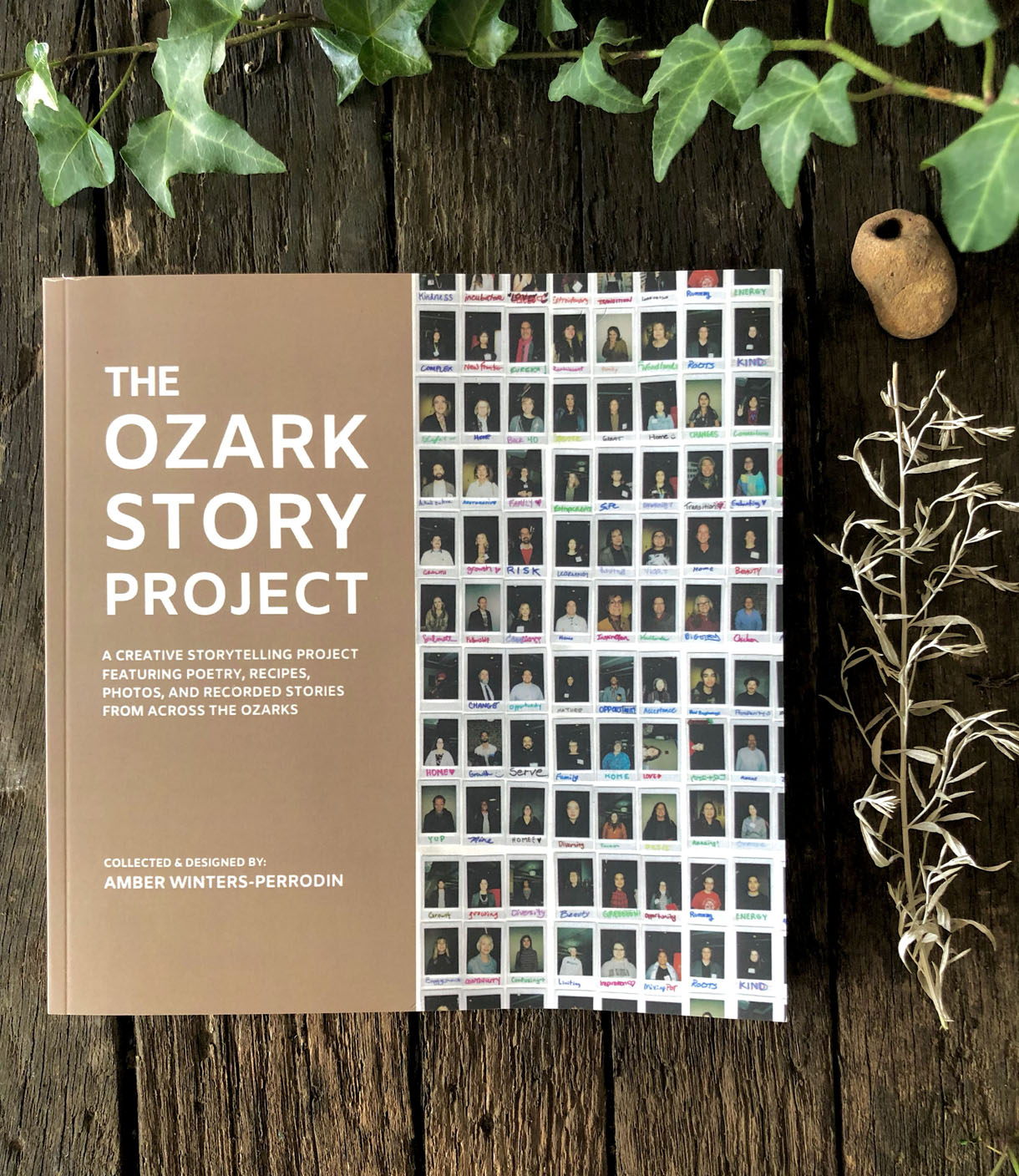 Read More The Ozark Story Project is available now through a limited edition run, only 180 books, which Perrodin numbered herself. You can find them for sale at her favorite local bookstore, Two Friends Books in Bentonville at 234 S.W. Seventh St., Suite 106. One of her paintings is also currently on display.
More News