Fire at Walmart warehouse near Indianapolis 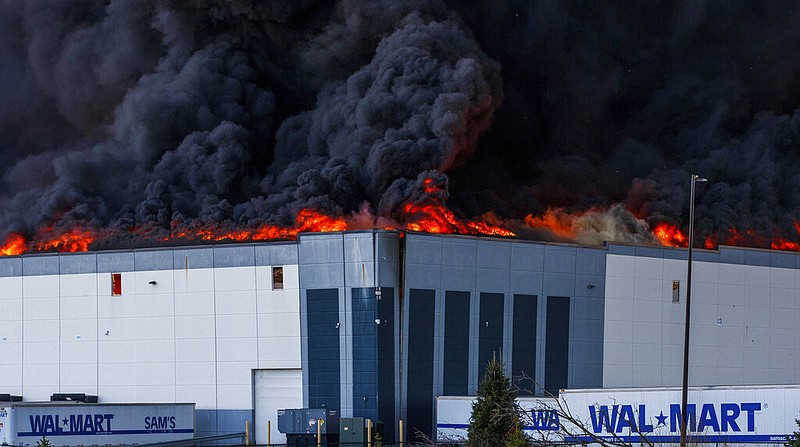 PLAINFIELD, Ind. — Crews were fighting a large fire Wednesday at a Walmart warehouse distribution center near Indianapolis that produced a smoke plume visible for miles around.

A caller alerted Hendricks County authorities just before noon about the fire at the Walmart Distribution Center in Plainfield, west of Indianapolis.

The Bureau of Alcohol, Tobacco, Firearms and Explosives will be lead investigative agency, but Anderson speculated it could take weeks to determine a cause.

"Right now we have no idea what may have started this," Anderson said at a news conference.

The Indiana Department of Environmental Management was on the scene to conduct environmental. testing, he said.

Joe Aldridge, deputy chief of Plainfield Police Department, said Walmart believed all 1,000 employees at the distribution center were accounted for and that they got out of the building safely.

"It's going to be difficult to contain this," he said. "If you live in neighborhoods north of this facility, I'd say you should stay indoors and keep your windows and doors shut."

Aldridge said Plainfield school buses took Walmart workers to a different location to be picked up.

The National Weather Service posted on Twitter a satellite loop showing the smoke was visible via satellite imagery: twitter.com/NWSIndianapolis.