Ex-tennis pro in Ukraine ‘with a gun in my hands’ 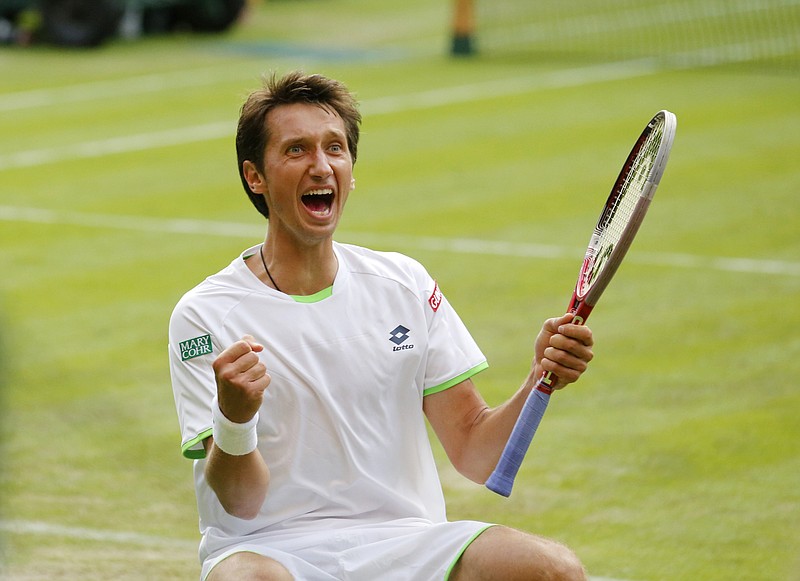 FILE -Sergiy Stakhovsky of Ukraine reacts as he wins against Roger Federer of Switzerland in their men's second round singles match at the All England Lawn Tennis Championships in Wimbledon, London, Wednesday, June 26, 2013. About 1 1/2 months after the last match of Sergiy Stakhovsky’s professional tennis career, the 36-year-old Ukrainian left his wife and three young children in Hungary and went back to his birthplace to help however he could during Russia’s invasion. (AP Photo/Anja Niedringhaus, File)

About 1 1/2 months after the last match of Sergiy Stakhovsky's professional tennis career, the 36-year-old Ukrainian left his wife and three young children in Hungary and went back to his birthplace to help however he could during Russia's invasion.

"I don't have the words to describe it. I would never imagine in my life that it would come to this -- that I would be in my home city ... with a gun in my hands," Stakhovsky said Saturday, rubbing his left cheek with his palm during a video interview with The Associated Press from what he said was a residential building in Kyiv, Ukraine's beleaguered capital.

"A lot of people are saying that they're waking up and hoping ... it was just a bad dream. But, you know, on Day 16, (that) doesn't work anymore," he said. "First couple of days, (it's) surreal. You don't believe that it's actually happening. And the next thing you know, you get used to it, and you're just trying to find a way of helping your country to actually survive."

At age 12, eyeing a life in tennis, Stakhovsky began splitting his time between Ukraine and the Czech Republic to improve his game. He turned pro in 2003, won four titles in singles and another four in doubles, and earned more than $5 million in prize money. Highlights included rising to a best ATP ranking of No. 31 in 2010, reaching the third round of Grand Slam tournaments six times, and pulling off one of the biggest upsets in the sport's history when he ended Roger Federer's record streak of 36 consecutive major quarterfinal appearances by beating him 6-7 (5), 7-6 (5), 7-5, 7-6 (5) in the second round at Wimbledon in 2013.

In January, Stakhovsky walked away from the sport after losing to American J.J. Wolf in the first round of qualifying for the Australian Open.

Retirement did not go as planned. On Feb. 24, Russia began attacking Ukraine. In the wee hours of Feb. 28, Stakhovsky arrived in Kyiv.

"You're one second safe. The next second, something flies in, and no one is safe," he said.

Working with what he described as a branch of the Ukraine armed forces that can only be used inside the city premises -- he said it was created "a couple of years back to actually support the infrastructure of the city in case of war, which nobody actually believed in, but unfortunately did happen" -- Stakhovsky said his days are divided into two-hour shifts followed by six hours off.

That "off" time, he said, is often spent with what he called humanitarian efforts.

"Just trying to do whatever we can on a 24/7 basis," Stakhovsky said, "because otherwise you're going to go crazy."

He said he still has family who live, and have remained, in Kyiv, including his grandmother, father and a brother.

As for how long he will stay, Stakhovsky isn't sure.

"I hope not long," he said. "I hope this will get resolved rather fast and short."

He did not tell them where he was going -- and why -- before he left.

He said communicating with the children now is not any easier.

"It's tough to call with kids, because every time they ask, 'When are you coming?' or 'What are you doing?' I'm just, 'I don't know, honestly.' For me, it's not a right decision to be here and it was not the right decision to stay home. Any of this is not right," Stakhovsky said. "But I am here because I believe that the future of my country -- and the future of my kids, and the future of Europe as we know it -- is under great danger. And if there's anything I can do to change the outcome, I will try to do it." 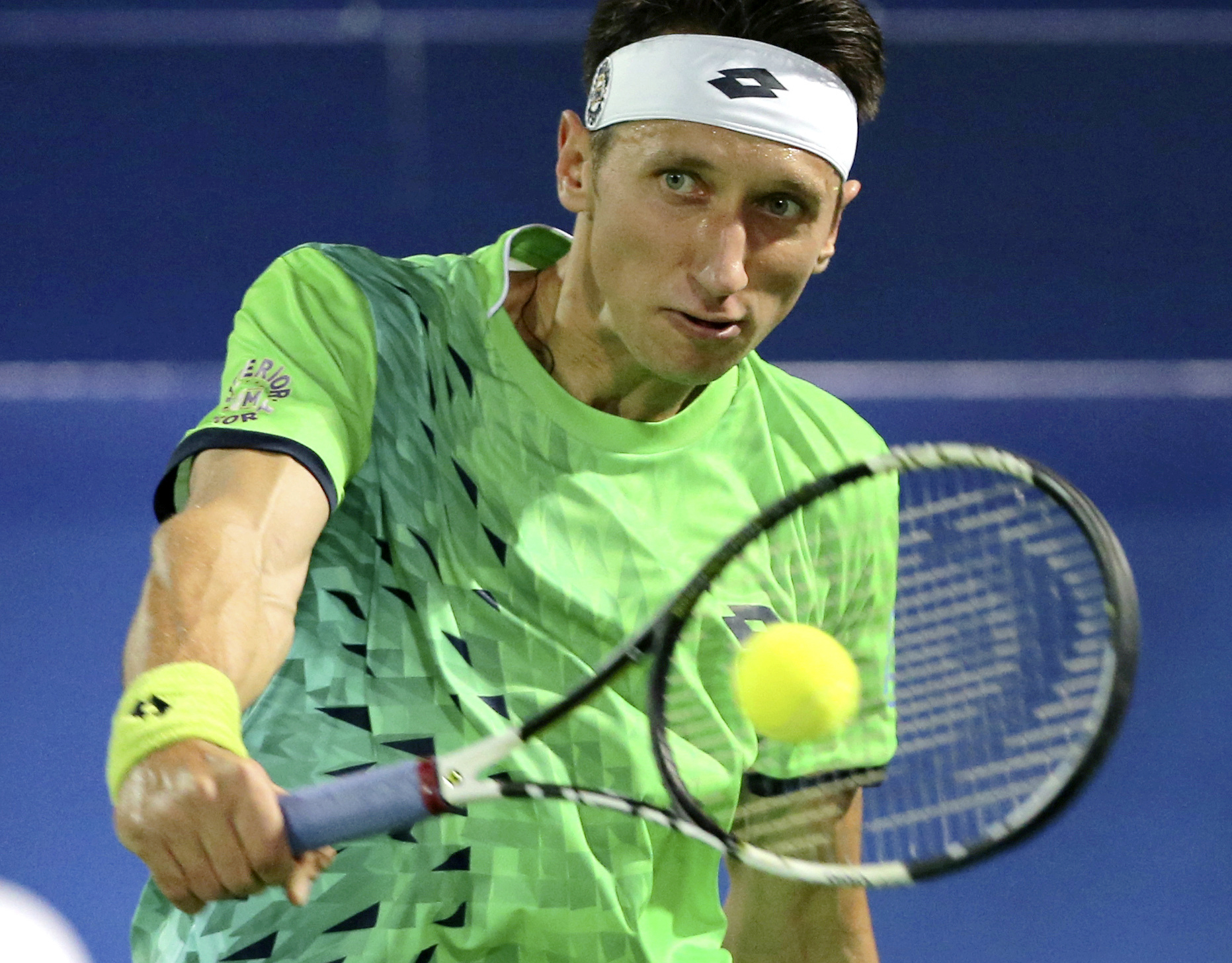 FILE -Sergiy Stakhovsky from Ukraine returns the ball to Stan Wawrinka from Switzerland during a second day match of the Dubai Tennis Championships in Dubai, United Arab Emirates, Tuesday, Feb. 23, 2016. About 1 1/2 months after the last match of Sergiy Stakhovsky’s professional tennis career, the 36-year-old Ukrainian left his wife and three young children in Hungary and went back to his birthplace to help however he could during Russia’s invasion. (AP Photo/Kamran Jebreili, File)

Print Headline: Ex-tennis pro in Ukraine ‘with a gun in my hands’