LIVE! in NWA: Fayetteville Roots on the Avenue fills the square with music June 17-19 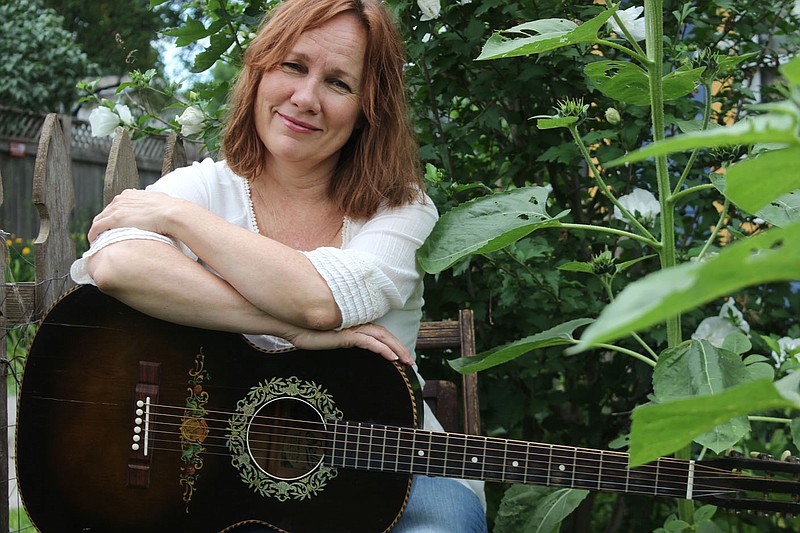 Musician Iris DeMent will open the Roots on the Square on June 17 just outside of Fayetteville Roots HQ at 1 E. Mountain St. Also playing Friday night is Anna Egge. Saturday and Sunday will feature Black Opry Revue and Joy Clark. Tickets for the three-day concert series are available at www.fayettevilleroots.org/ontheavenue. (Courtesy Photo/Irisdement.com)

This year's Fayetteville Roots Festival, Roots on the Square, will take over the downtown square at East Avenue in Fayetteville June 17-19. The three-day concert series kicks off with Iris Dement and Anna Egge on June 17. Leyla McCall, Black Opry Revue, Lauren Napier and Joy Clark will play on June 18. And closing out the weekend will be Bonny Light Horseman, Anaïs Mitchell, Eric D. Johnson and Josh Kaufman on June 19. Black Opry Revue are set to play again June 19, and Jett Holden and Joy Clark will also perform. The series will start at 6:30 p.m. and close at 10:30 p.m. daily.

Chef-curated food and craft bar selections will be available during the concert series right outside of Roots HQ at 1 E. Mountain St. Tickets for festival performances range from $45 plus fees for a one-day pass to $135 plus fees for a three-day pass.

Fayetteville Roots is a 501(c)3 organization with a mission to connect community through music and food. The organization produces the Fayetteville Roots Festival, operates the Roots HQ, fosters support opportunities for musicians and the music community, and lead year-round community and educational programming in Northwest Arkansas and beyond. Find out more at www.fayettevilleroots.org.

• Shaina Shepherd performs with supporting act BAANG March 12 for an Interform Fashion Week After Party in the 21C Ballroom in Bentonville. Doors open at 9 p.m., and the event is free but RSVP required: www.eventbrite.com/e/black-frets-nwa-sessions-26-tickets-269912685107.

• Backroads plays at at 8 p.m. March 10; and Hollywood Riot performs March 11 at Seven in Cherokee Casino at the Arkansas-Oklahoma state line. https://www.cherokeecasino.com/west-siloam-springs/entertainment.

• Tickets are $34.50 to $60 for the WellRed Comedy Tour featuring Trae Crowder, Corey Ryan Forrester and Drew Morgan with two shows at 6 and 8 p.m. April 30. at the Meteor Guitar Gallery in Bentonville. Ticket info at meteorguitargallery.com.

• Tickets went on sale March 4 for comedian Brian Regan coming to the Walton Arts Center at 7 p.m. June 12. Prices range from $59.50 to $64.75 plus applicable fees. waltonartscenter.org

• Tickets for Casting Crowns in concert at 7 p.m. March 24 at Simmons Bank Arena in North Little Rock are on sale. Opening acts will be We Are Messengers and Jonathan Traylor. Tickets range from $19.75 to $89.75, on sale at the arena box office and Ticketmaster.com.

• Tickets are on sale for Shinedown in concert April 29 at Simmons Bank Arena in North Little Rock. Opening acts will be The Pretty Reckless and Diamante. Tickets range from $39.50 to $79.50, on sale at the Arena box office and Ticketmaster.com.

• Tickets are on sale for a concert by Bonnie Raitt and Lucinda Williams at 8 p.m. May 23 at Robinson Center Performance Hall in Little Rock. Prices range from $71.99 to $101.99 at ticketmaster.com.

• Tickets are also available for Weird Al Yankovic's Unfortunate Return of the Ill-Advised Vanity Tour May 31 at Robinson Center Performance Hall in Little Rock. Tickets are $39-$79 at ticketmaster.com.

Send info about your upcoming concerts and events to Monica Hooper, music editor, at [email protected]