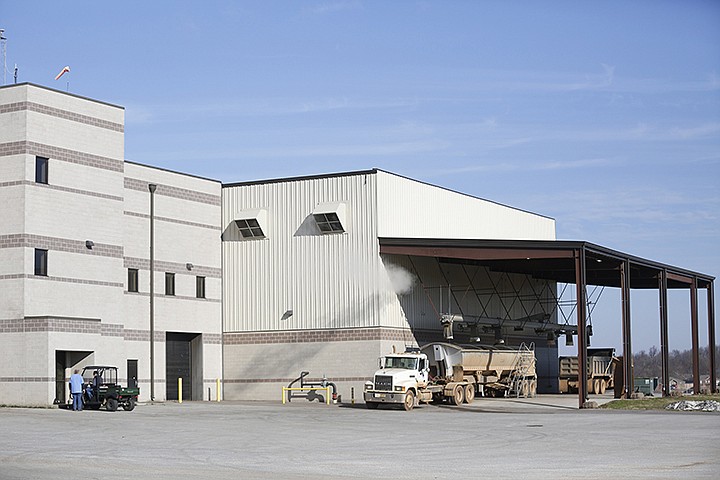 SPRINGDALE -- The Springdale Water and Sewer Commission soon will start construction of upgrades to the wastewater treatment plant on North Silent Grove Road.

The commission voted unanimously Wednesday to approve a $51 million contract with Crossland Heavy Contractors of Lowell.

The Springdale City Council in March approved the sale of $45 million in revenue bonds by the commission to make the upgrades to the city's wastewater treatment plant. The utility will repay the bonds using $15 million a year in sewer service revenue it makes from ratepayers, said Chris Weiser, chairman of the Water and Sewer Commission.

Rick Pulvirenti said the construction contract puts expected completion of the project in two years. Pulvirenti is the chief engineer and operating officer of Springdale Water Utilities, which operates the plant.

The upgrades won't change the capacity of the plant.

"We will still be a 24-million-gallons-a-day plant," Enos said.

The work will allow the plant to operate better at peak flow, like those associated with heavy rainfall.

Nor will the upgrades improve the levels of phosphorus the plant releases in its water, she said.

The federal Environmental Protection Agency in January rejected the permit the state Division of Environmental Quality in December issued Springdale Water Utilities for work at the plant. The federal agency also rejected the permit the state issued the Northwest Arkansas Conservation Authority for its wastewater treatment plant in south Bentonville.

The state permit allowed the Springdale wastewater treatment plant to release phosphorus at a monthly average of 1 milligram per liter, but the federal office called for 0.1 milligram of phosphorus per liter of water.

The state has sued the federal agency over its action.

The new clarifiers at the Springdale plant will relieve a bottleneck in the treatment process and allow plant operators to take the old clarifiers off line, one at a time, for rehabilitation, Enos said.

She said the plant's four clarifiers were installed in 1986. Each of the new clarifiers will do the work of two of the older models, she said.

The upgrade is needed to meet the needs of the quickly growing population in Northwest Arkansas, Weiser said.

"As the population grows, there's so much more water that needs to be treated," he said.

Weiser said the bond will pay for most of the project, with any overages coming from the utility's revenue. He said the utility has contracted for a rate study to determine if increases are needed to cover the costs of operating and expanding the water delivery and wastewater treatment.

The utility last raised rates in 2020.