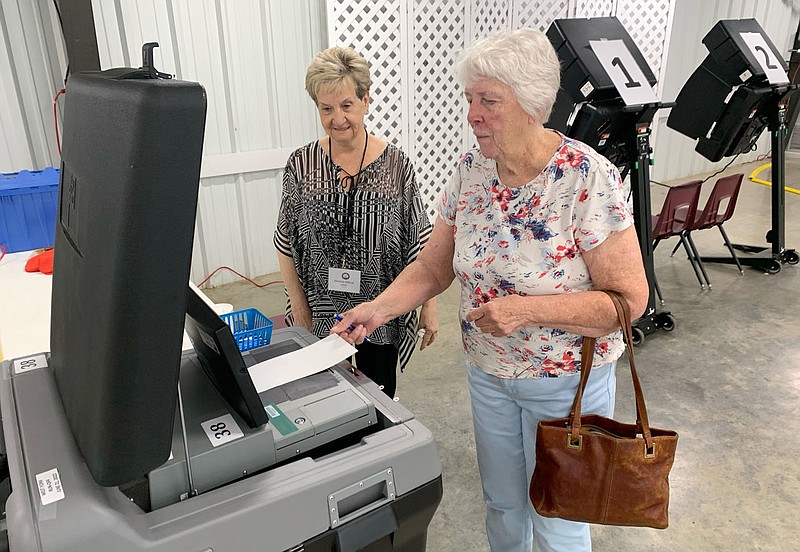 FAYETTEVILLE -- Patrick Deakins won by 18 votes Tuesday night in his race for the Republican nomination for Washington County judge against Mark Scalise.

Final but unofficial results are:

The results have not been certified.

The Election Commission will meet at 9 a.m. Thursday to review the provisional ballots.

Price said the overseas absentee ballot has to be returned by July 1 in order to be counted.

Price said there is no provision for an automatic recount in Arkansas elections. A candidate has 48 hours after the results are made public to ask for a recount.

Since no candidate received a majority of the votes, the top two vote-getters advanced to the runoff.

Deakins is a justice of the peace serving his second term on the Quorum Court. He said his first concern is to take care of county employees, including keeping pay and benefits competitive with the private sector. The Road Department has been constantly losing employees to private companies, he said. The Quorum Court recently approved a pay plan for Road Department employees, and Deakins said county government needs to monitor the department and others to ensure they don't fall behind.

Deakins also said the county has to decide how to handle crowding at the jail. He has also said he favors the expansion plan proposed by Helder, and the county should use federal money if possible to offset at least some of the cost.

Washington County voters also favored Gary Ricker over Aaron Wood in early voting to be the Republican Party nominee for justice of the peace for District 14.

Final but unofficial results are:

The Quorum Court is the legislative body of county government and is composed of 15 members called justices of the peace, who are elected to two-year terms. Democrats hold four of the seats, and Republicans hold 11.

Washington County justices of the peace are paid $200 per meeting for Quorum Court and committee meetings they attend.

The Republican party nominee will face Democrat Dawn Cannon in the November general election. The incumbent, Jim Wilson, ran for the District 23 seat in the state House of Representatives. 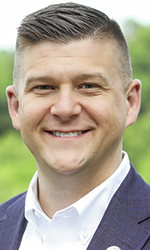 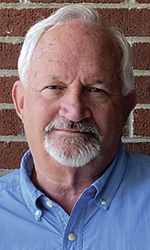