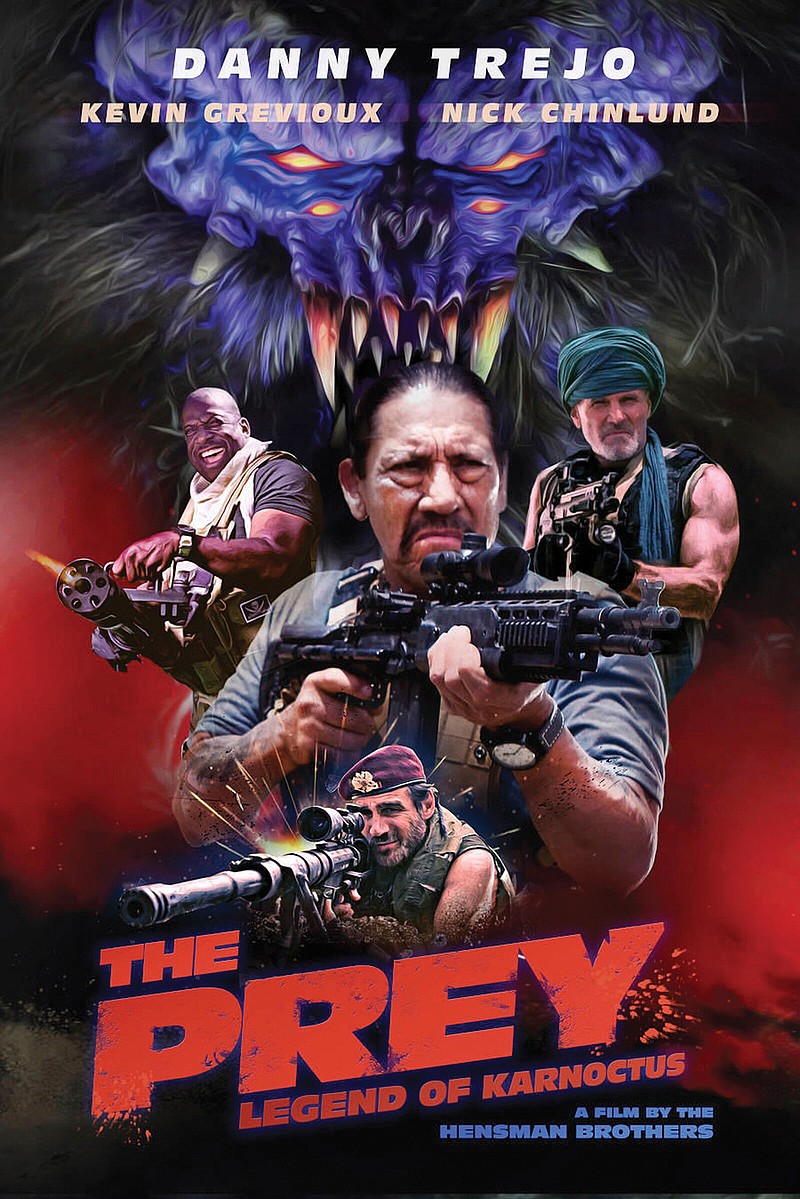 "THE PREY: Legend of Karnoctus" (not rated, 1 hour, 33 minutes, On Demand) A far-fetched military/horror effort in which a group of mercenaries searching for treasure in the Afghanistan desert, along with retreating U.S. soldiers, is trapped in a cave by a rocket explosion, where they're being tracked by a legendary deadly beast. At least Danny Trejo -- always fun to watch -- is in the cast. So is Nick Chinlund, Adrian Paul, Kevin Grevioux, Fahim Fazli and Masika Kalysha; directed by Eric Hensman and Matthew Hensman.

"Echoes of the Empire: Beyond Genghis Khan" (not rated, 1 hour, 30 minutes, On Demand) is a unique cinematic view of Mongolia's past and present presented by director and novelist Robert H. Lieberman; it's the third in a trilogy of films from PhotoSynthesis Productions that includes the "Angkor Awakens" and "They Call It Myanmar."

"Guidance" (not rated, 1 hour, 33 minutes, On Demand) This sci-fi drama posits that the ability to lie is the root cause of a worldwide conflict, prompting a tech entrepreneur to creates a pill containing a nanotechnology app known as "Guidance" that allegedly aids its users' ability to detect deception in other people. A young couple, hoping for enlightenment, decide to try it. What could go wrong? With Jia Sun, Harry Song, Francesco Chen; directed by Neysan Sobhani. In Mandarin Chinese with English subtitles.

"The Story Won't Die" (not rated, 1 hour, 23 minutes, Apple TV, Amazon Prime Video, Google TV, Vimeo) A timely and rewarding documentary that looks at the outrage, determination and wisdom of a young generation of Syrian artists and creative personalities who use their work to protest and process the world's largest and longest ongoing displacement of people since World War II. Directed by David Henry Gerson.

Previous Elvis Presley movies to watch (on disc and digital) in preparation of the release of Baz Luhrmann's "Elvis" on June 24:

"Blue Hawaii" (1961) -- This rollicking film celebrates the then brand-new exotic state of Hawaii and looks spectacular with every colorful costume and vivid Hawaiian background brought to life.

"King Creole" (1958) -- Restored from a 4K film transfer, this film earned Elvis the best reviews of his acting career and is known as his personal favorite.