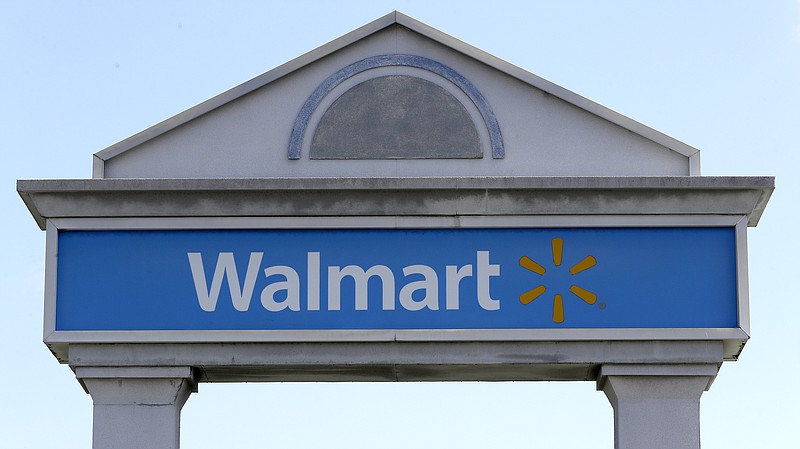 FILE - In this Sept. 3, 2019, file photo, a Walmart logo forms part of a sign outside a Walmart store, in Walpole, Mass. Walmart Inc. will no longer be selling cigarettes in some U.S. stores, a complicated move since tobacco is a money driver for many retailers. The nation's largest retailer, based in Bentonville, Arkansas, said the removal is on a store-by-store decision based on the business and particular market. (AP Photo/Steven Senne, File)

Walmart Inc. has chosen Marriott to run the hotel it plans to build on the campus of its new Bentonville headquarters, the retailer said Tuesday.

Walmart said in a news release that it has signed a franchise agreement with Marriott International to brand the hotel as an AC Hotel by Marriott, and plan to open it in the summer of 2024.

AC Hotel by Marriott Bentonville will be built near the corner of Southeast J and Eighth streets in the northwestern part of the 350-acre campus. The location near the Razorback Greenway will give guests convenient access to office buildings, campus amenities and a network of walking and biking paths, Walmart said.

"The purposeful location of the hotel is yet another example of the Walmart campus integrating with the community," said Cindi Marsiglio, Walmart's senior vice president of corporate real estate.

With 153 rooms, the five-story hotel will also include a combined 6,000 square feet of flexible meeting and event space on the main floor. In addition, a rooftop lounge will offer both indoor and outdoor seating.

Marriott has more than 150 AC Hotels around the world, with most of them in North America. The brand's website shows sleek, uncluttered rooms with clothing rack-style "open closets" and desks "designed to be devoid of traditional in-room marketing and magazines."

The hotel is one of several amenities, such as a fitness center and child care center, that will be available on the new campus.