Biden bumps for Saudi reset; took stand on killing of writer, he asserts 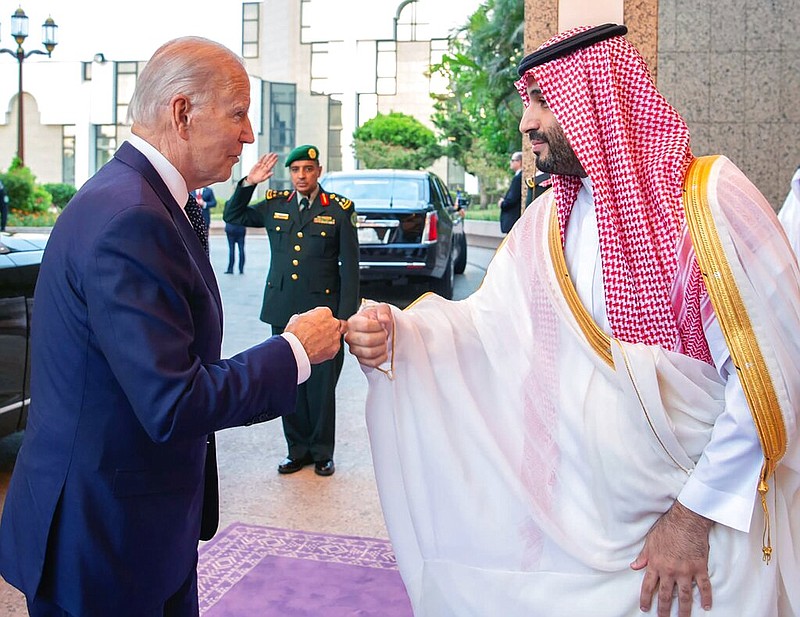 JEDDAH, Saudi Arabia -- President Joe Biden met Friday with Saudi Crown Prince Mohammed bin Salman, the man he once pledged to shun for human-rights violations, and shared a cordial fist bump as he tried to reset an important diplomatic relationship, bolster Mideast security and increase the global flow of oil.

It was the first encounter for the two leaders, and their chummy gesture was swiftly criticized. But Biden insisted that he did not shy away from pressing the crown prince on the kingdom's abuses, particularly the 2018 murder of the U.S.-based writer Jamal Khashoggi, which U.S. intelligence believes was approved by the heir to the throne.

"I said, very straightforwardly, for an American president to be silent on an issue of human rights is inconsistent with who we are and who I am," Biden said after the meeting. "I'll always stand up for our values."

Biden said Prince Mohammed claimed that he was "not personally responsible" for the death of Khashoggi, who wrote for The Washington Post. "I indicated I thought he was," the president said he replied.

But Biden's decision to meet with the crown prince left human-rights activists and Khashoggi's family angry. Hatice Cengiz, his fiancee, tweeted what she said Khashoggi would have thought: "Is this the accountability you promised for my murder? The blood of MBS's next victims is on your hands."

Fred Ryan, publisher of The Washington Post, was equally scathing.

"The fist bump between President Biden and Mohammed bin Salman was worse than a handshake -- it was shameful," he said in a statement. "It projected a level of intimacy and comfort that delivers to MBS the unwarranted redemption he has been desperately seeking."

Hanan Elatr, who was married to Khashoggi, thanked Biden in a statement for raising the journalist's killing.

Biden had long refused to speak to Mohammed. But concerns about human rights have been somewhat eclipsed by other challenges, including Iran's nuclear ambitions and rising gas prices in the wake of Russia's invasion of Ukraine.

At the same time, Saudi Arabia wants to strengthen its security relationship with the United States and secure investments to transform its economy into one less reliant on pumping oil.

For now, it appears the two leaders are taking incremental steps together. Biden announced that U.S. peacekeepers would leave the Red Sea island of Tiran by the end of the year, paving the way for Saudi Arabia to develop tourist attractions there.

Because of a complex diplomatic arrangement governing control of the strategically located island, America's departure required Israel's assent, and the deal was the latest reflection of warmer relations between the Israelis and Saudis.

The agreement came after an earlier announcement that the Saudis were ending strict limits on Israeli commercial flights over their territory.

Biden also said progress was being made on extending a cease-fire in Yemen, where Saudi Arabia had been battling Iran-backed militants for years, leading to a humanitarian crisis.

The United States played down expectations for any immediate increases in Saudi oil production, which could help alleviate high gas prices that are politically damaging to Biden back home.

"I'm doing all I can to increase the supply," Biden said after his meeting. "The Saudis share that urgency, and based on our discussions today, I expect we'll see further steps in the coming weeks."

The current OPEC+ agreement expires in September, opening the door to potentially higher production after that, although questions remain about how much excess capacity the Saudis have.

Biden's nearly three hours at the royal palace were widely seen as a diplomatic victory for Mohammed, who has tried to rehabilitate his image, draw investments to the kingdom for his reform plans and bolster the kingdom's security relationship with the U.S.

The Saudis carefully controlled the visit, even trying to bar reporters from the Post, Khashoggi's former employer, from a briefing with government officials before relenting.

They also released a steady stream of photos and videos from private meetings that journalists were barred from attending. Biden was shown shaking hands with King Salman, the 86-year-old monarch who suffers from poor health, including two hospitalizations this year, while the crown prince looked on.

Afterward, reporters were only briefly allowed into a meeting that Biden and the crown prince held with their advisers. The two men sat across from each other, an arrangement that burnished the perception that they are counterparts.

It's an image that the crown prince has been eager to foster as he solidifies his path to the throne after sidelining, detaining and seizing the assets of royal rivals and critics.

Saudi officials initially excluded two Washington Post reporters from a planned media briefing that the government was holding Friday, without providing an explanation.

Pressed on why The Post was the only major U.S. news outlet not invited to the session, Nicolla Hewitt, a media consultant for the Saudi government, said, "I can't engage with The Post on that," adding, "Don't kill me, I'm just the messenger."

A few hours later, after Post reporters raised the matter with White House officials, Hewitt changed course, writing in an email, "Would love to be able to invite you to the roundtable tonight."

Mohammed's rise to power has ushered with it a new era for the kingdom, one in which Saudi Arabia is more assertive on the world stage as it expands its relations with Russia and China. In addition, budding ties with Israel are not only underpinned by shared enmity with Iran, but also a possible hedge against the perception that the U.S. has increasingly disengaged from the region.

Biden has spent his first trip to the Middle East since taking office trying to convince people otherwise.

During an earlier stop in Israel, he said he was going to Saudi Arabia to "promote U.S. interests in a way that I think we have an opportunity to reassert what I think we made a mistake of walking away from: our influence in the Middle East."

Today, he'll participate in a gathering of leaders from the Gulf Cooperation Council -- Bahrain, Kuwait, Oman, Qatar, Saudi Arabia and the United Arab Emirates -- before returning to Washington.

The leaders of Mideast neighbors Egypt, Iraq and Jordan are also to attend. Biden's national security adviser said Biden would make a "major statement" on his vision for the Middle East.

The Saudi visit is one of the most delicate that Biden has faced on the international stage.

Any success in soothing relations could pay diplomatic dividends as the president seeks to ensure stability in the region. But it has also opened Biden, already floundering in public opinion polls at home, to deeper criticism that he is backtracking on his pledges to put human rights at the center of foreign policy.

During his campaign for president, he had vowed to treat Saudi Arabia as a "pariah." He has expressed deep reservations to aides about meeting with the crown prince and said publicly that the country's government has "very little social redeeming value."

"If we ever needed a visual reminder of the continuing grip oil-rich autocrats have on U.S. foreign policy in the Middle East, we got it today," tweeted Rep. Adam Schiff, D-Calif. "One fist bump is worth a thousand words."

The nature of Biden's greeting with Mohammed was closely watched after the White House told reporters that Biden's physical contact with others would be limited on the trip because of surging cases of covid-19 in recent weeks. But Biden had not previously changed his behavior during that stretch, and the new policy immediately raised questions about whether the president was looking for a way to avoid the bad optics of a handshake with Mohammed.

Biden officials then tried to shift the focus, as a senior administration official told reporters, "We're focused on the meetings, not the greetings."

Information for this article was contributed by Aamer Madhani, Aya Batrawy, Ellen Knickmeyer and Chris Megerian of The Associated Press, by Tyler Pager, Cleve R. Wootson Jr. and Kareem Fahim of The Washington Post and by Peter Baker of The New York Times. 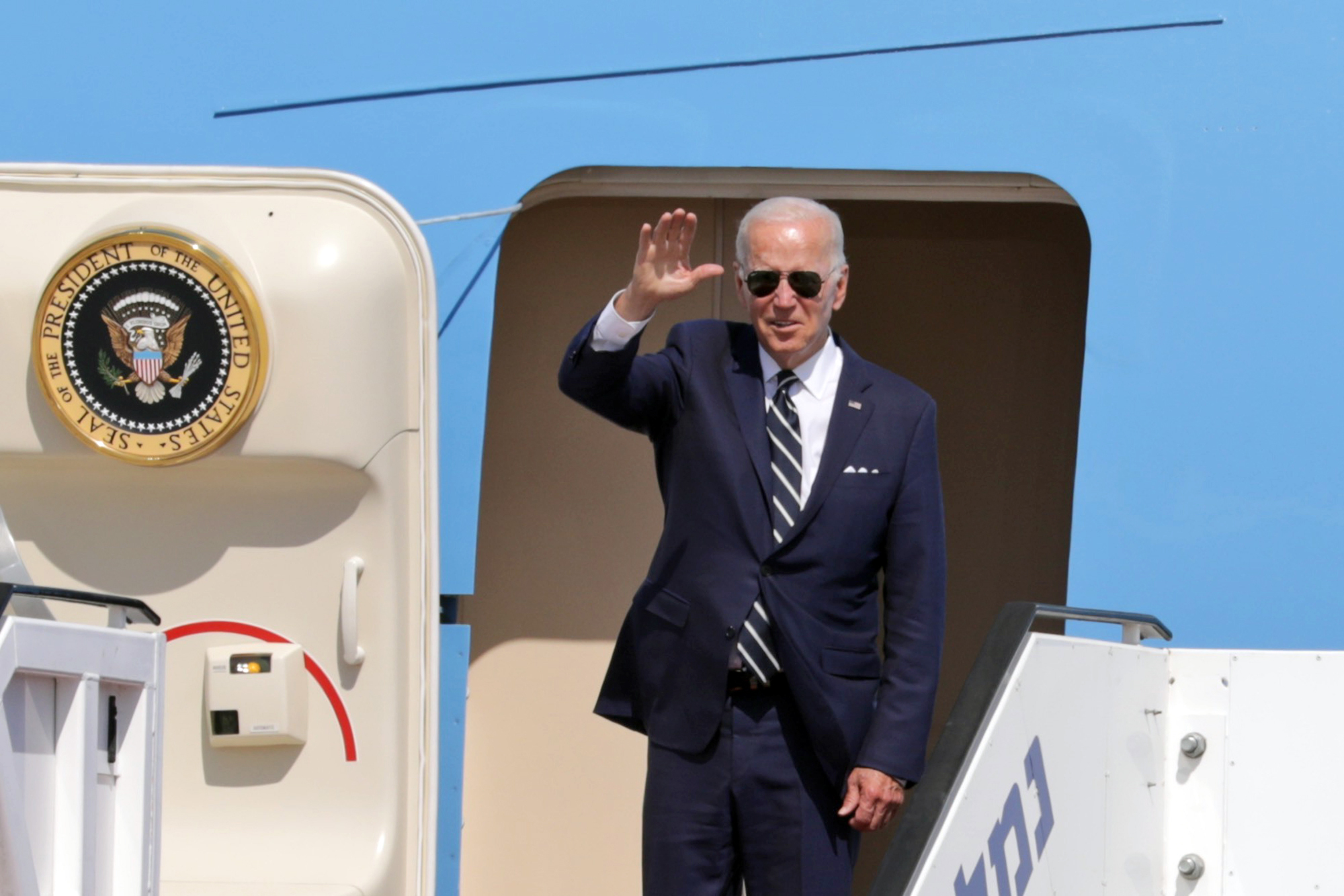 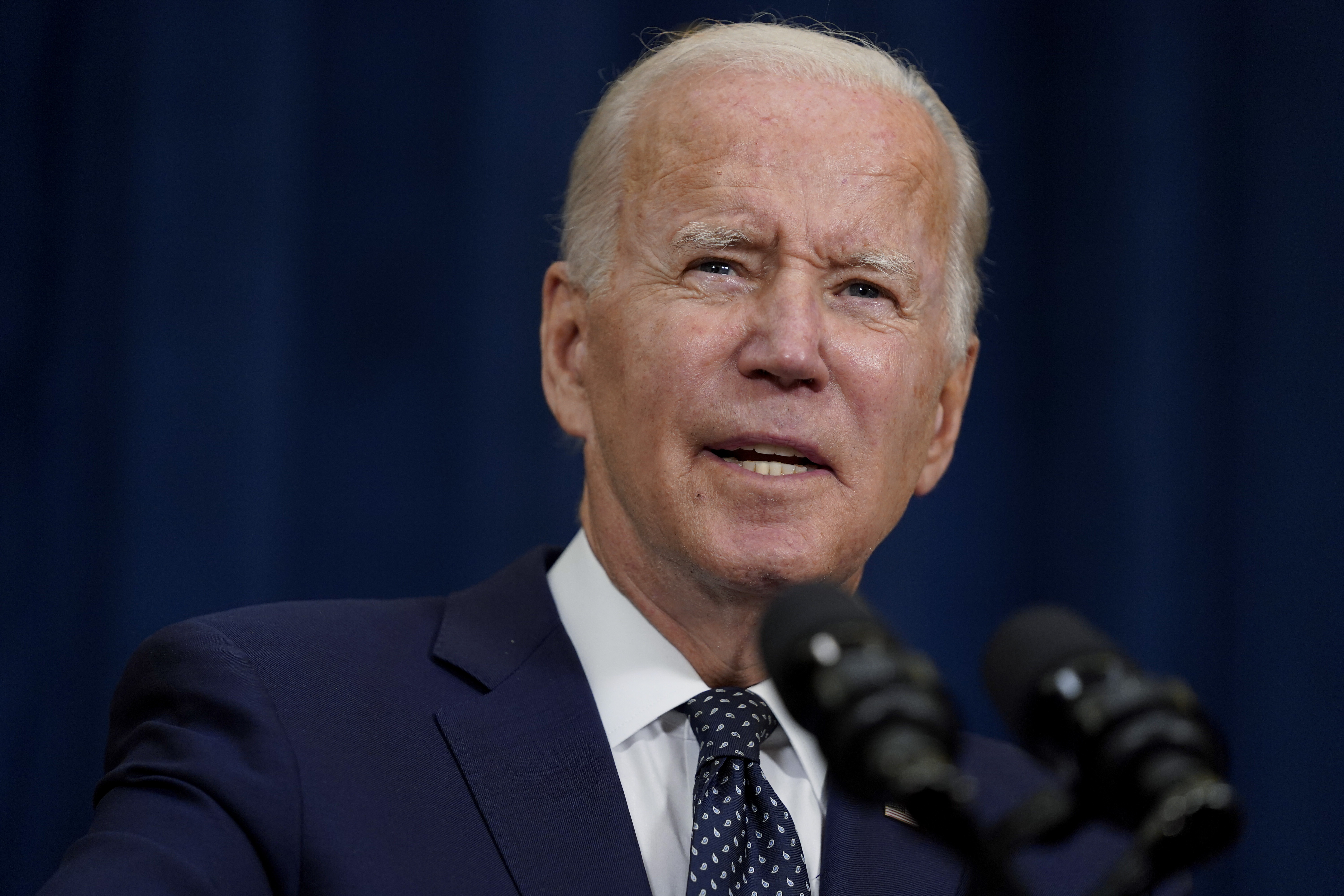 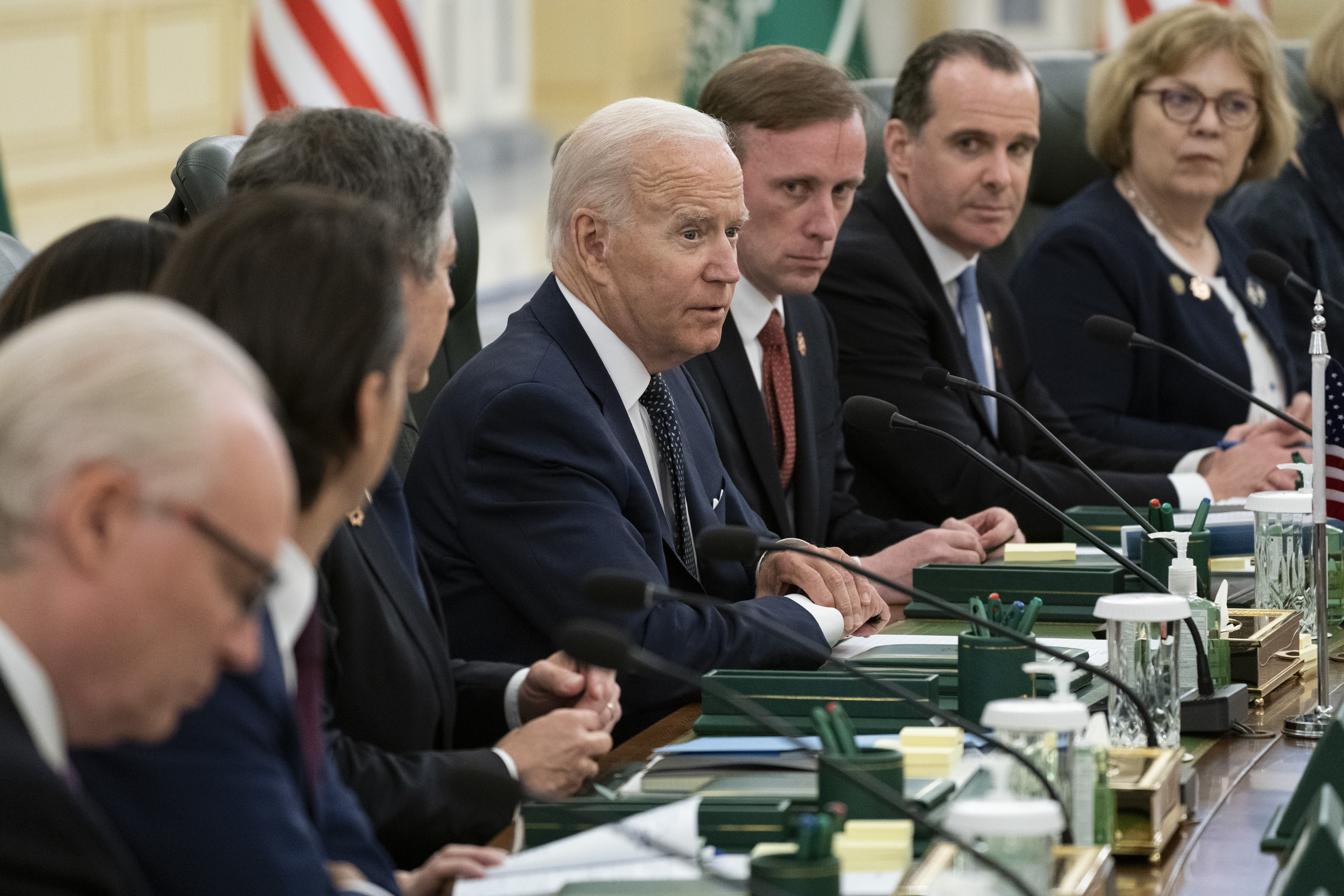 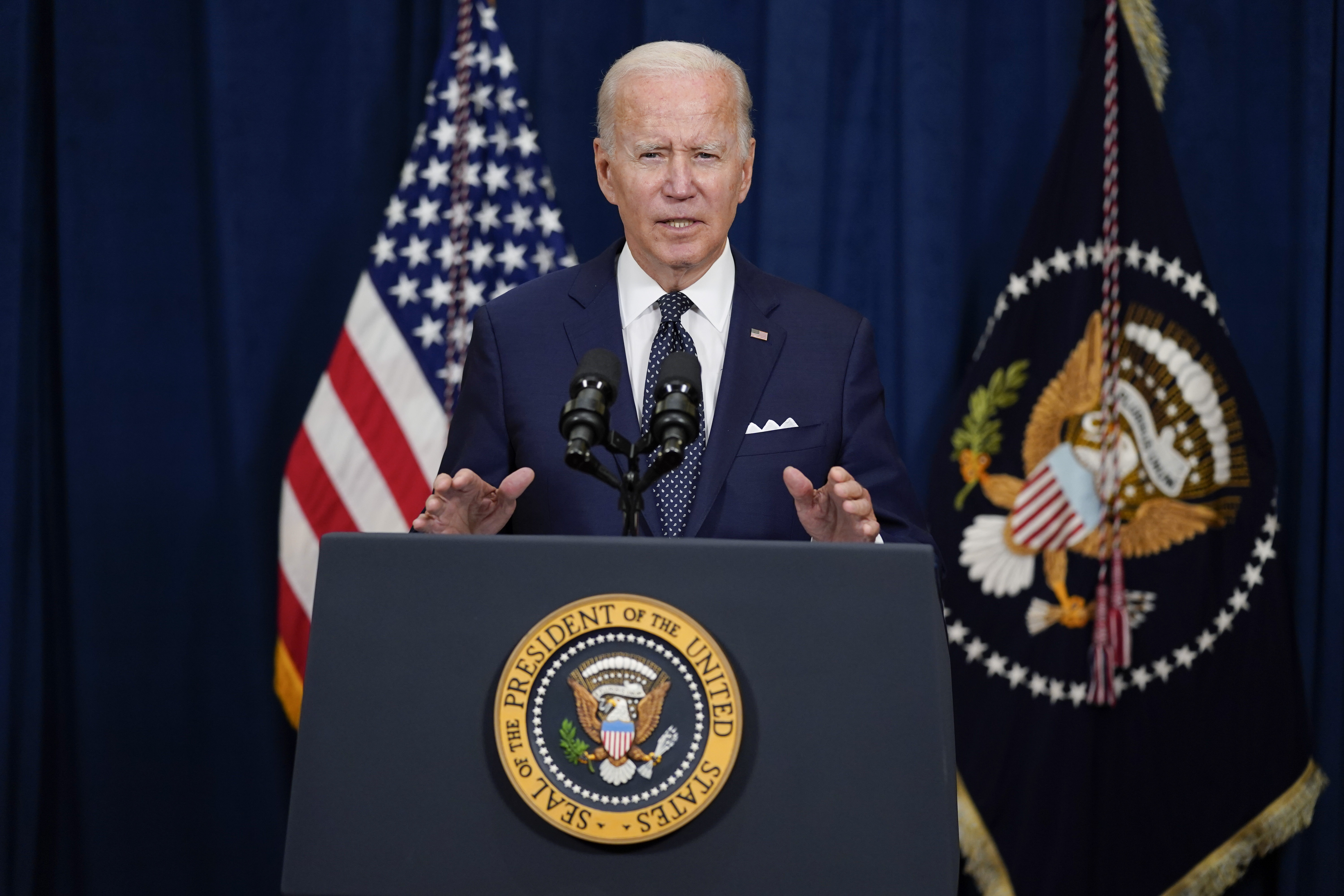 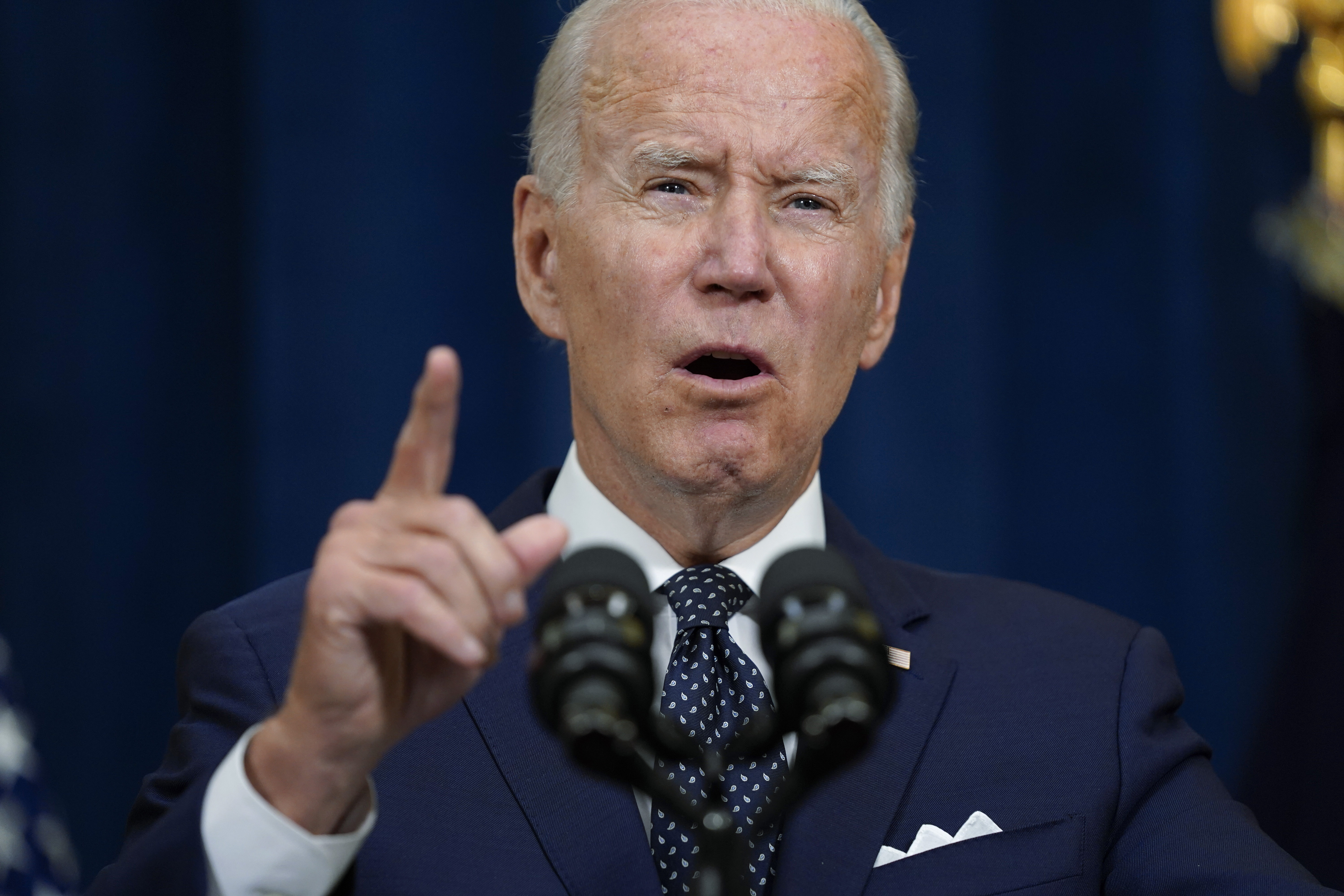 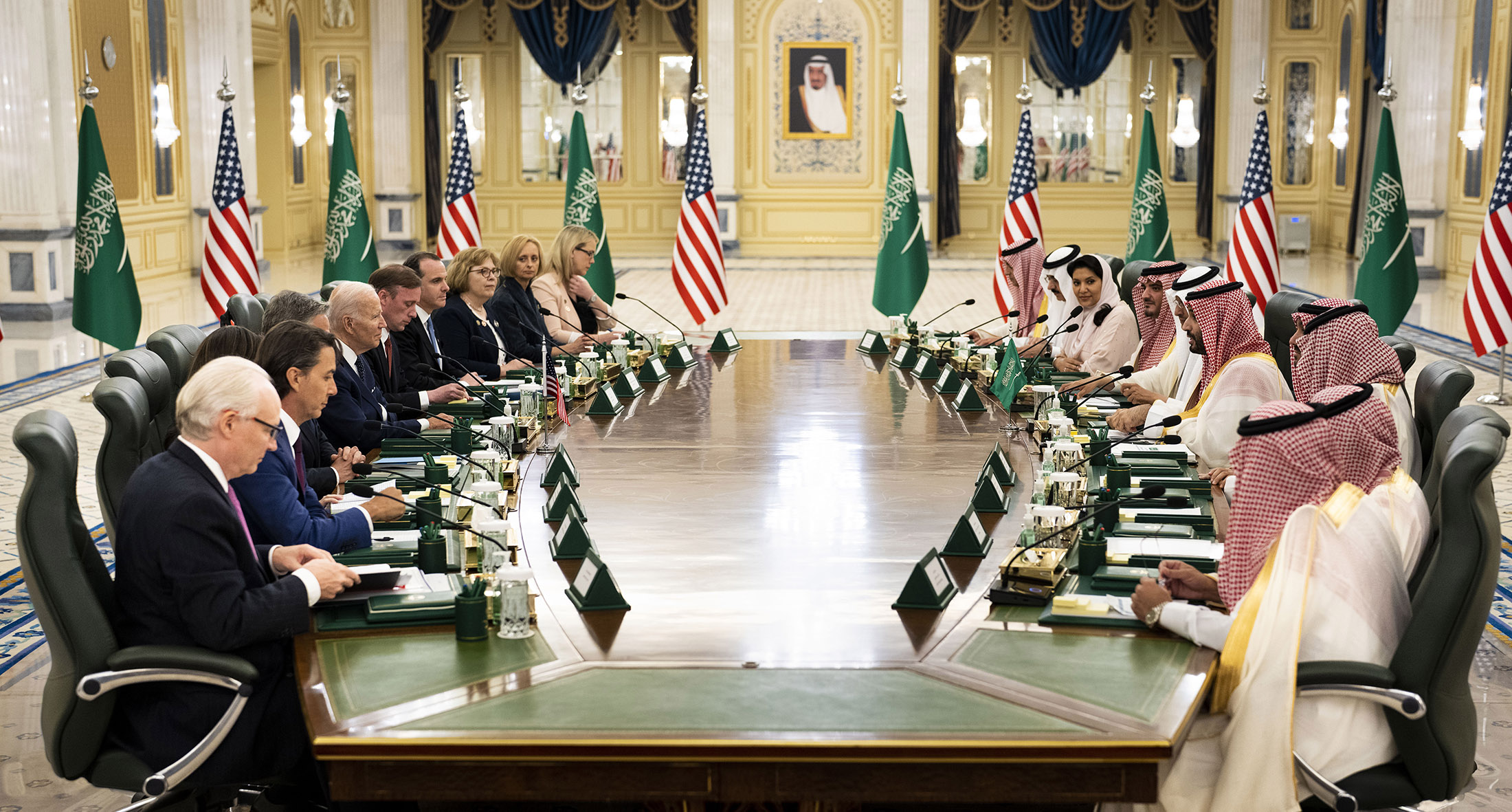 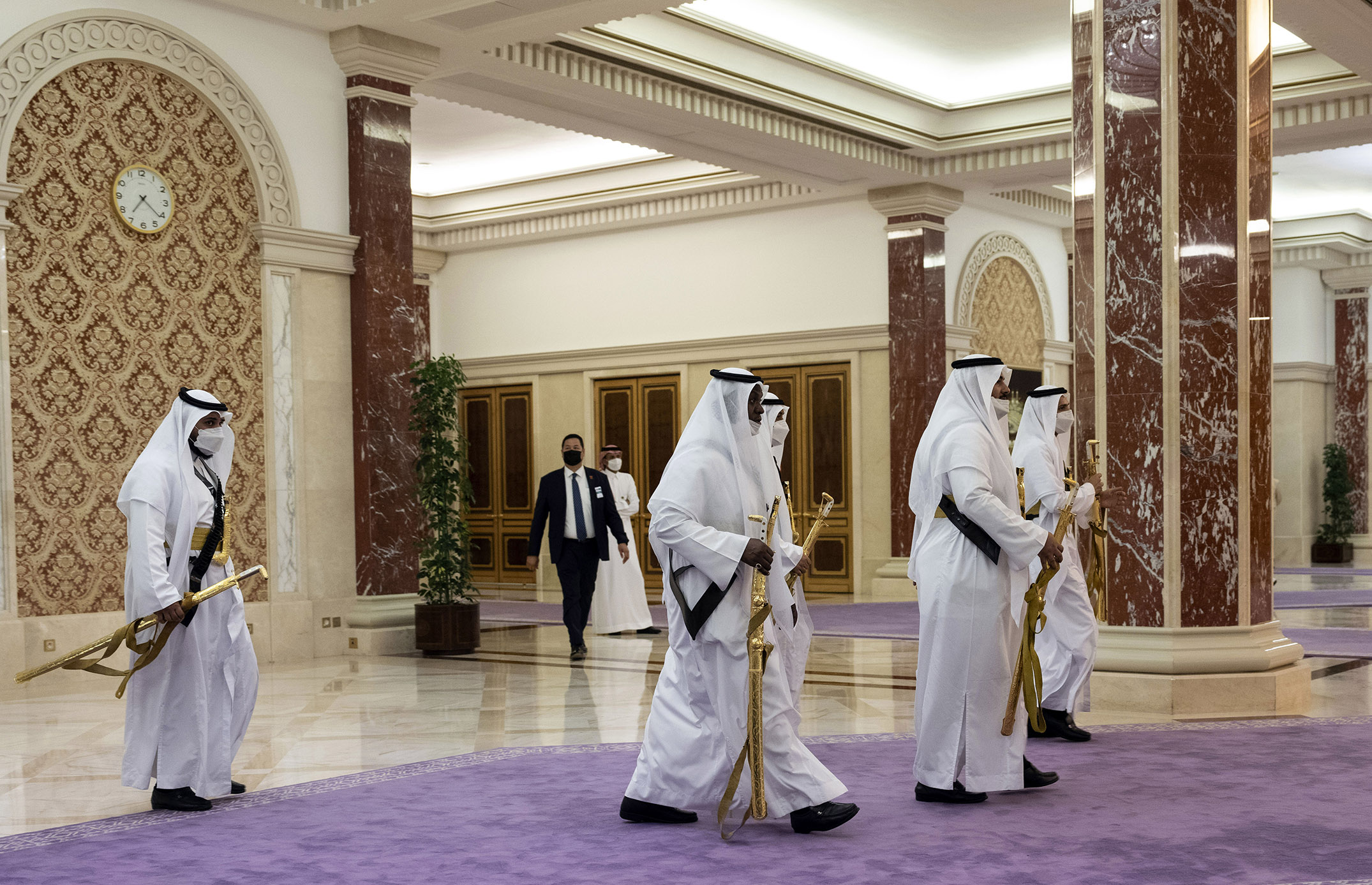