Those paying attention will recognize democracy’s future was attacked by Brenda Blagg | July 6, 2022 at 1:00 a.m. 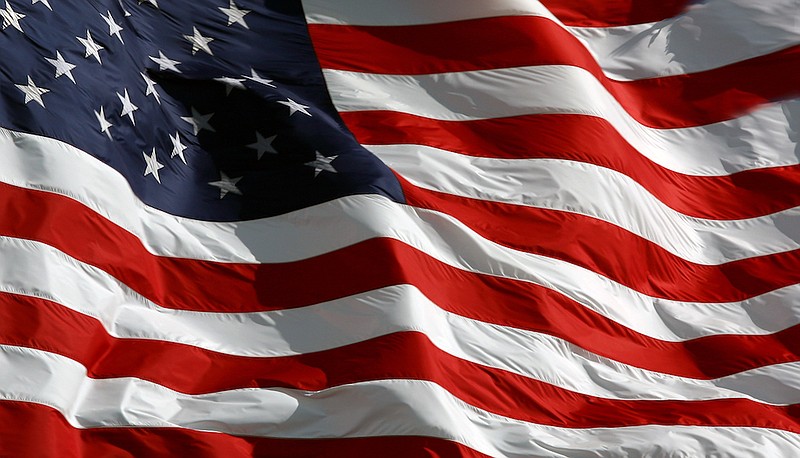 If you haven't yet tuned into the ongoing hearings about the Jan. 6, 2021, insurrection at the U.S. Capitol, it is high time you did.

The democracy Americans celebrated on Independence Day this week really was on seriously shaky ground as that mob interrupted the Congress' required counting of the 2020 Electoral College vote.

If successful, the insurrection would have been the first time this nation failed to have a peaceful transfer of power after a presidential election -- all because of former President Donald Trump's big lie that he, not President Joe Biden, won the election.

If you still believe Trump's lie, you must not have been paying any attention to these historic hearings so far.

Sworn witnesses, most of them Republicans and some with close ties to Trump's White House, last month began detailing the story in a series of public hearings before the Jan. 6 Select Committee last month.

These critical witnesses were among a thousand or so people interviewed by committee members and staff in the intervening months since the insurrection.

The House committee, which is still gathering information, is using these public hearings to report its findings to the Congress and to Americans. A written report will follow.

The committee began with the attack itself, including newly revealed video shot by a documentary crew embedded with the Proud Boys on Jan. 6.

The video chronicled the extremist gang's movement as about 300 of its members marched to the Capitol well ahead of Trump's rallying speech to other followers who gathered on The Ellipse near the White House that day.

Trump's followers would later join the march to the Capitol, with many swarming its halls and chanting threats, including "hang Mike Pence," seeking punishment for the then-vice president.

The video also showed the bloody hand-to-hand combat that armed Proud Boys waged with Capitol police and other law enforcement officers as the mob breached police lines and broke into the Capitol.

Subsequent hearings have featured more witnesses, all testifying under oath, who have detailed a scheme to get swing states to submit alternate lists of electors, supplanting votes for Biden with votes for Trump.

Others illustrated the pressure Trump applied to state and local election officials, including the Georgia secretary of state he asked to "find" more than 10,000 votes for Trump.

Yet another hearing focused on Trump's efforts to get the independent Justice Department to do his bidding, revealing threatened resignations from agency management if Trump were to appoint an unqualified acting attorney general who would further his reelection scheme.

The most riveting testimony, however, so far has come from a former White House staffer who was literally in a position to observe Trump's actions or inaction on Jan. 6 and on days leading up to the insurrection.

Her name is Cassidy Hutchinson and she worked as a special assistant to the president in Chief of Staff Mark Meadows' office. Her West Wing desk was immediately outside Meadows' office and she was just down a short corridor from the Oval Office.

Hutchinson was with Trump before and after his speech on The Ellipse on Jan. 6 and told the House committee he reacted angrily when the Secret Service nixed his plan to lead his supporters on their march to the Capitol. He also knew that many of his supporters were carrying weapons and would have to give them up if required to go through magnetometers to enter the speech site.

That's why many stayed back from the area where he would be speaking, so Trump wanted the "mags" removed.

"They're not here to hurt me," he reportedly said as he sought to get his armed supporters into the crowd he would later encourage to march on the Capitol.

That eyewitness testimony, according to numerous legal sources who have reviewed Hutchinson's appearance before the committee, is the sort that could be key to establishing Trump's state of mind on Jan. 6.

The select committee expects to hold at least two more hearings and will incorporate its most recent findings, some of which have been triggered by Hutchinson's highly credible recollections of what she saw and heard in those critical days before and during the insurrection.

As with most of the other witnesses, this wasn't some liberal critic of Trump's but a trusted, young White House staff member who worked for the president's chief of staff.

She was there, with Meadows and Trump, in "the room where it happened," and she is determined to put what she knows on record.

If you missed her compelling testimony or any of the other hearings, they're available online.

There are multiple sources, but a good place to start looking is the Jan. 6 committee's congressional website at january6th.house.gov.

That's where you also can find more information about the committee, any newly scheduled meetings and easy links to even more information posted on the panel's social media sites, including YouTube, where full videos of prior hearings are available.

A column like this can offer a hint of what the committee and the public, through these hearings, know about Jan. 6.

Anyone who wants to understand what happened -- and why -- must dig deeper. Watch the hearings.

If enough of us do, maybe we can help preserve this American democracy for future generations.