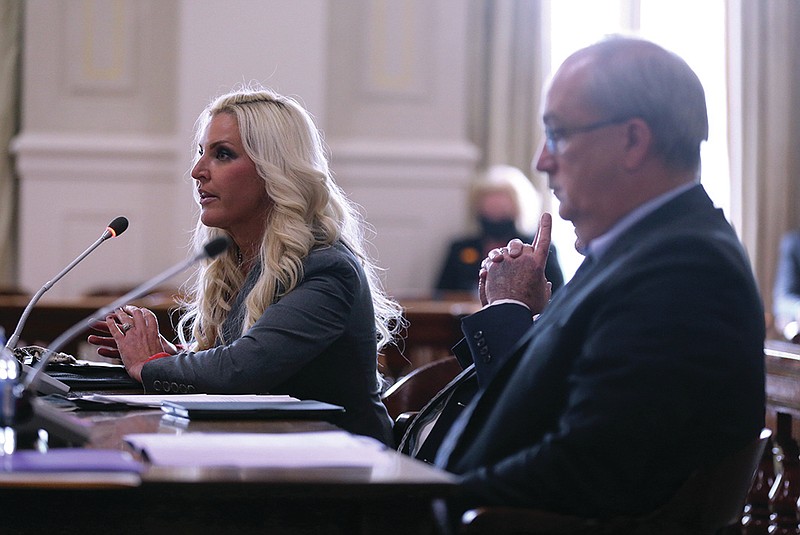 Pulaski County Election Commission Chairwoman Kristi Stahr announced Tuesday she will leave the position at the end of the month.

"Simply put, I am ready for new challenges, of which I do not think would be appropriate to accept, if available, while serving on the Board," Stahr said in an email sent to commissioners late Tuesday.

Stahr, 47, said Tuesday night she officially announced her resignation to the Pulaski County Republican Party last week. Her last day with the commission will be January 31. Her term was set to be up Dec. 31.

Stahr said she wanted to resign before planning for the primary election, which typically starts in spring. This gives the Republican Party time to hold an election, make an appointment and train an individual for the Election Commission, she said.

"I want to ensure that whoever takes my place will have adequate time to get familiar with the election processes and attend the State Board's commissioner training before the Primary," Stahr said in the email.

Stahr has served on the board for three years. She said during that time she has fulfilled several promises. Those include transparency for the public and all election activities, unrestricted access to all board members, standardized templates for policies, cameras in areas where ballots are processed and completing a 10-year redistricting of the county quorum districts without interference.

"She was doing a very good job and we had a successful redistricting process," Inman said late Tuesday. "I wish her the best."

The Election Commission website says Stahr has worked in public policy for 16 years and with elections for more than a decade. She's also drafted several election bills for the 89th and 93rd regular sessions, the site says.

She previously served on the Mayor's bipartisan Transformation and Government Reform Sub-committee and from 2016 to 2019 served as the gubernatorial appointee to the Arkansas Electronic Recording Commission.

Stahr said the resignation was not a response to an American Civil Liberties Union of Arkansas lawsuit filed against the Election Commission in federal court. She said late Thursday she was unaware the suit had been filed.

The suit claims the commission violated plaintiff Barry Haas' free-speech rights when he was denied an appointed position for the September 2021 special Little Rock tax election because of his personal political and ideological views, an ACLU release says. It says Haas was denied the position after a meeting where Stahr alleged he was refusing in person and on social media to follow Arkansas' photo I.D. requirement as an elected official.