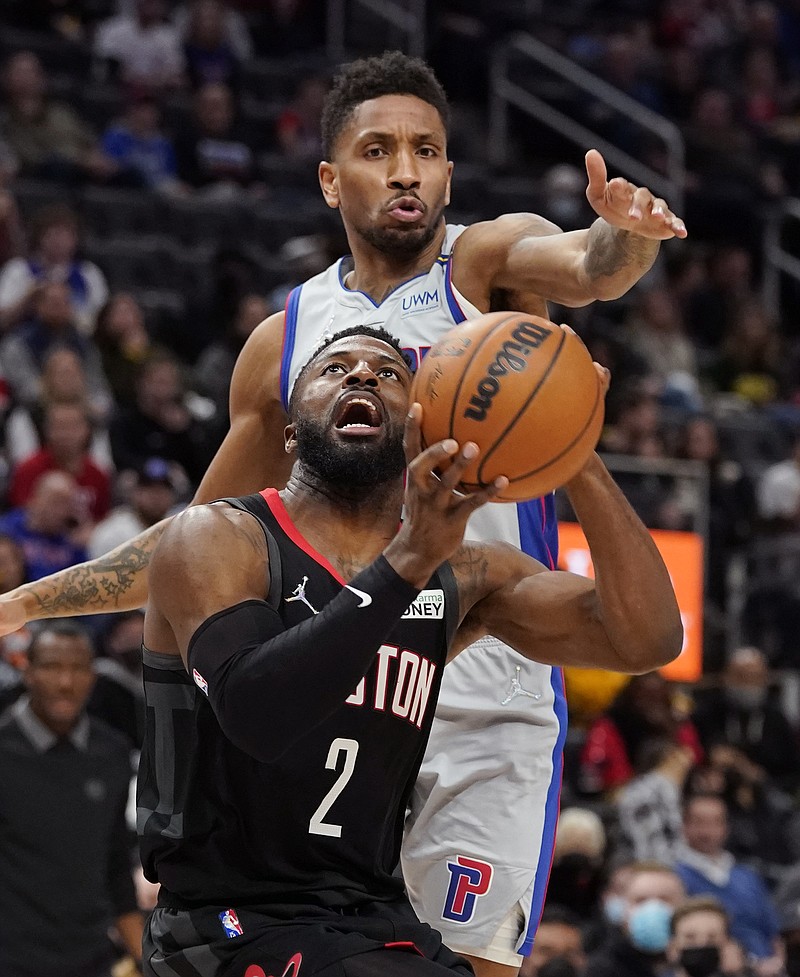 Kevin Na felt such great control Thursday in the Sony Open that he matched his career low with a 9-under 61 and still found reason to be slightly disappointed. He had his sights on a sub-60 round, especially as the afternoon wind died, only to see three good birdie chances narrowly miss. He finished with a 6-foot par save from the bunker on the 17th hole and made a 6-foot birdie at the par-5 18th. That gave him a one-shot lead over 51-year-old Jim Furyk, who knows what it's like to post a round in the 50s. Furyk is the only player to do that twice on the PGA Tour. It was good enough to set a target of winning back-to-back at Waialae. Na also had a 61 last year in the third round. He now has five rounds at 61 in his PGA Tour career. This one didn't give him much breathing room. Furyk and Russell Henley were at 62. Austin Cook (Jonesboro, Arkansas Razorbacks) turned in a 1-over 71.

Dillard out at least 6 weeks

Portland Trail Blazers guard Damian Lillard had surgery to repair a core injury that has been causing him abdominal pain this season. He will be evaluated in six weeks but there is no timetable for his return, the Trail Blazers said Thursday. Lillard, a six-time All-Star, has missed five games since the start of the year, and 11 games overall this season, because of lower abdominal tendinopathy. He has said the injury flared up during the Tokyo Olympics. Lillard has averaged 24 points and 7.3 assists in 29 games this season for the Blazers. Anfernee Simons has started in his absence.

The struggling Atlanta Hawks traded forward Cam Reddish to the New York Knicks for a protected 2022 first-round draft pick on Thursday. Atlanta confirmed the move. Team officials, including Coach Nate McMillan, couldn't comment on the trade before the deal becomes official. The Hawks also are sending forward Solomon Hill and a 2025 second-round pick to the Knicks, and small forward Kevin Knox is heading to Atlanta. The trade comes as the Hawks (17-23) have lost three consecutive games, and seven of their last nine. Wednesday night's 115-91 loss to Miami was the Hawks' ninth consecutive home loss. Atlanta has fallen to 12th in the Eastern Conference standings one year after advancing to the conference finals. Reddish did not play against the Heat due to a right ankle sprain.

A trade between Detroit and the Denver Nuggets was rescinded Thursday after big man Bol Bol didn't receive medical clearance with the Pistons. The Nuggets finalized a deal Monday to send Bol to Detroit in exchange for guard Rodney McGruder along with a 2022 second-round pick via Brooklyn. The 7-2 Bol is the son of the late Manute Bol, who played 10 years in the NBA. Bol Bol saw action in 53 games over three seasons with the Nuggets and averaged 2.7 points. McGruder played in 17 games for the Pistons this season. He averaged 2.5 points and 1.6 rebounds. Over his career, the 30-year-old McGruder has played in 251 games with the Heat, Los Angeles Clippers and the Pistons.

Alabama offensive stars Jameson Williams and Evan Neal are entering the NFL Draft and skipping their senior seasons. The two All-Americans announced their decisions Thursday on social media. Williams led Crimson Tide receivers with 1,572 yards and 15 touchdowns in his lone season after transferring from Ohio State. He injured his left knee in the national championship game loss Monday night against Georgia, but is still projected as a likely first-round pick. Neal, a 6-7, 350-pound left tackle, is regarded as a potential top-5 draft pick. He started 39 games in three seasons, playing left guard in 2019 and right tackle in 2020 before moving to left tackle as a junior.

Marco Odermatt first. Aleksander Aamodt Kilde second. Their 1-2 finish in Thursday's World Cup super-G in Wengen, Switzerland, could be repeated at next month's Beijing Olympics and on the professional circuit for years to come. Odermatt, a 24-year-old emerging Swiss star, beat his Norwegian rival by 0.23 seconds. Matthias Mayer, the 2018 Olympic champion in super-G, was 0.58 behind in third place for his third podium place of the season in a discipline dominated by the two standouts. Odermatt added this victory to his super-G season-opening win in Colorado. Kilde then won three in a row, starting when Odermatt was runner-up in Beaver Creek the next day. The 100 points extended Odermatt's big lead in the overall World Cup standings over Kilde, the 2020 champion.