Northern areas of state could see as much as 6 inches of snow this weekend, forecasters say 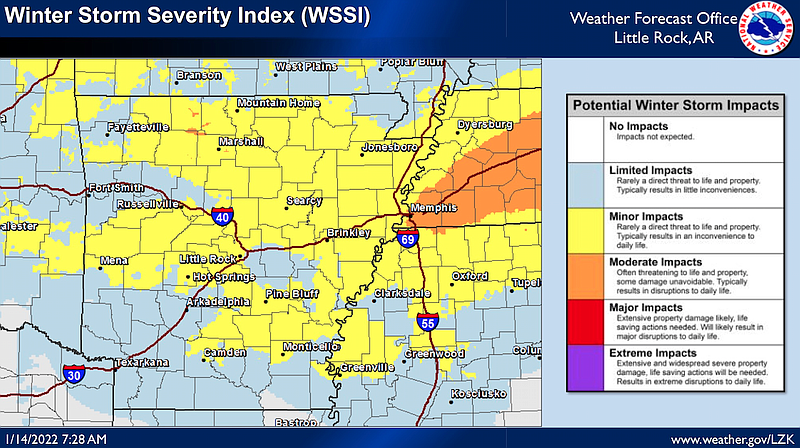 Forecasters expect large portions of Arkansas to see minor impacts from winter weather moving across the state over the weekend, according to this National Weather Service graphic.

Much of Arkansas is expected to see snow over the weekend, according to the National Weather Service.

The northern half of the state is the region most likely to see snow accumulation, however, a briefing from the weather service states. Forecasters said the remainder of the state can expect to see a rain/snow mix with little accumulation.

The storm system is predicted to affect the area from Friday night through Sunday morning, the weather service said.

Up to 6 inches of accumulating snow in the higher terrain of the Ozarks and up to 4 inches across other parts of the north can be expected, while other areas can expect less than an inch, according to the briefing.

An active winter weather advisory is in effect for parts of Northwest Arkansas, the weather service said, while much of the rest of northern Arkansas is under a winter storm watch.

There still remains uncertainty in the storm system, so some changes to the forecast including snow accumulation and impacted areas are possible, forecasters said. 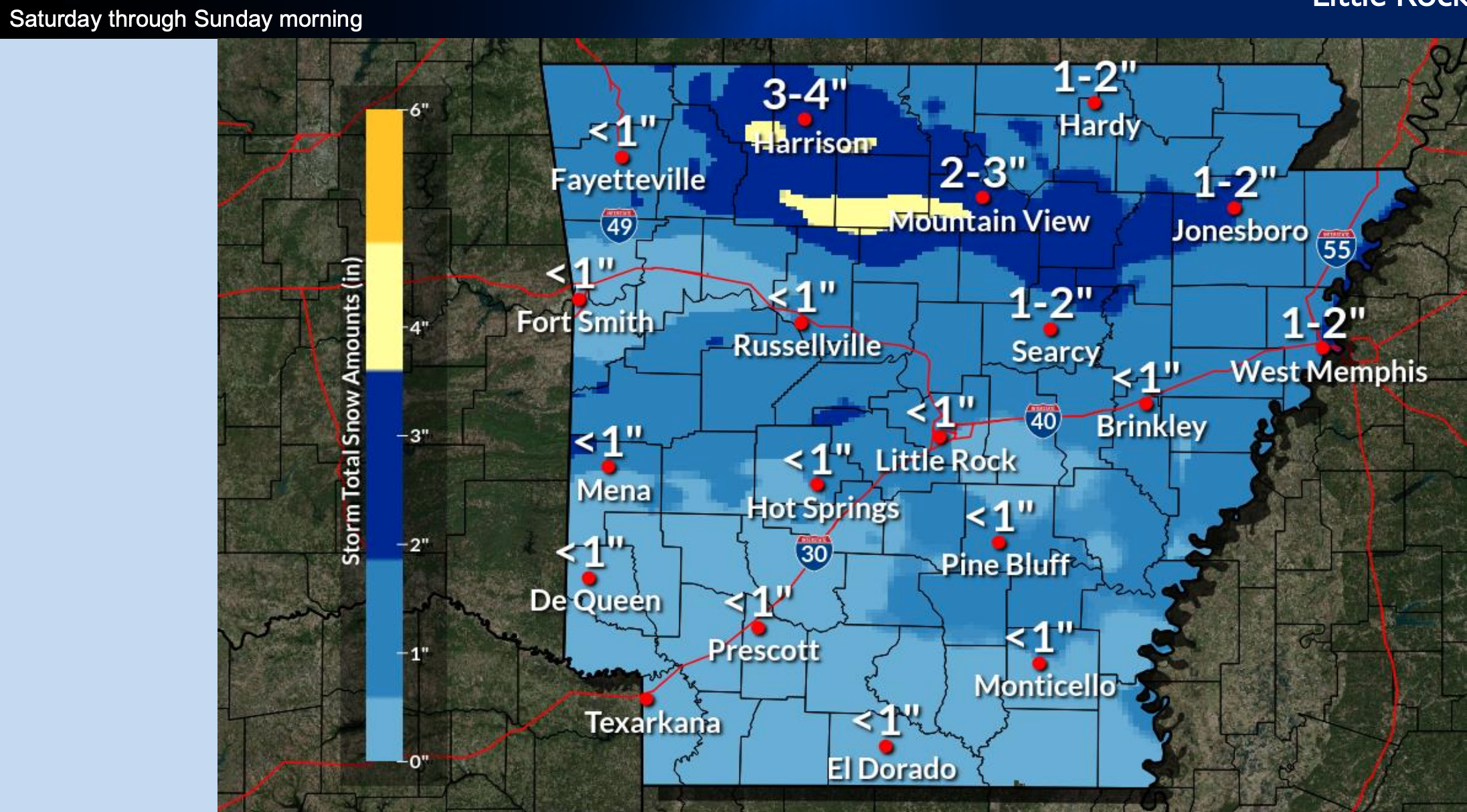