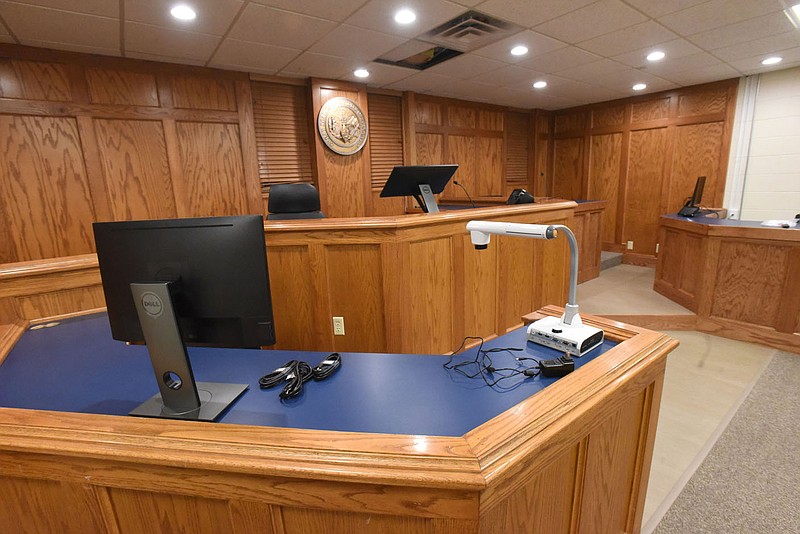 BENTONVILLE -- The spread of covid-19 caused Benton County's circuit judges to suspend jury trials for the next few weeks.

The judges met and looked at their jury trials set for the next few weeks and felt it was appropriate to halt trials, Smith said.

He said the decision was a result of the rise in covid-19 numbers and Benton County being among the top three counties in the state in the spread of the virus.

"We felt it was safer for jurors, lawyers, parties and staff to suspend our jury trials," Smith said. "We are hopeful that there will be a quick downturn in the spike of the virus."

Judges are pleased with the people willing to serve on juries, and there was no issue in people reporting for jury duty last year when summoned, Smith said.

Smith said many people coming to the Benton County Courthouse have been told to be there, whether they've been called for jury duty or are involved in a case.

Washington County Circuit Judge Joanna Taylor said things were business as usual, but they are being careful and mindful of covid-19.

He said having jury trials is a public safety issue, and it's possible a mistrial could be granted if a juror or witness contracts the virus during the trial.

"We understand the need for them to close the trials," said Jay Saxton, Benton County's chief public defender. "However, it is never good news to postpone trials."

Saxton said his office represents 12 clients in cases that were scheduled for trials in the next few weeks.

Benton County Prosecuting Attorney Nathan Smith said he hopes there'll be no need to suspend trials past Feb. 7 so they can continue working to clear crowded dockets.

"I understand the concern the judges have in potentially exposing jurors to covid and also running the risk of a mistrial if one juror tested positive during a trial," he said.

"That's why I hope we don't have to pause them for long," he said.

Smith said the prosecutor's office has 31 cases set for trial for that period, but only a few of them were likely to have possibly been tried.