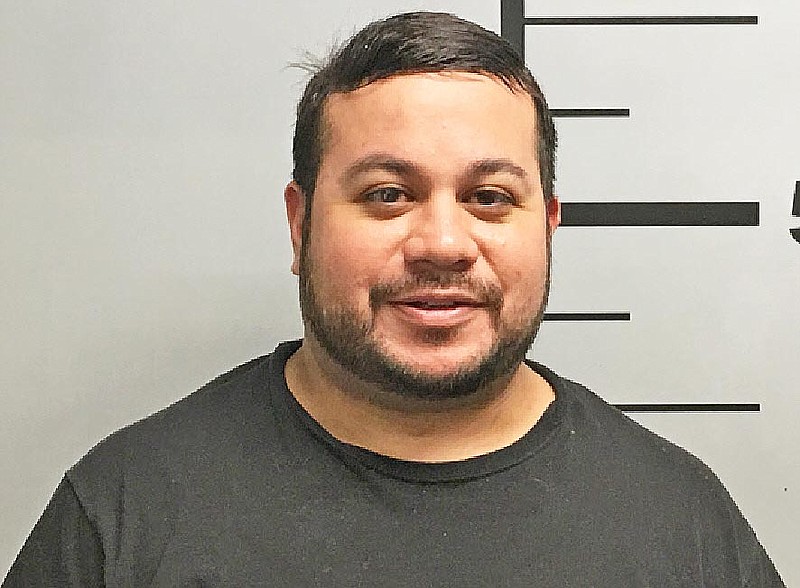 BENTONVILLE -- A local circuit judge ordered a Texas man accused of fracturing the skull of his 3-month-old daughter to be held on a cash-only, half-million dollar bond in the Benton County Jail.

Judge Robin Green held a bond hearing Friday for Eduardo Martinez. He is charged with domestic battery, a Class Y felony, which is punishable by a prison sentence ranging from 10 to 40 years or life imprisonment. He previously pleaded not guilty to the charge.

U.S. marshals arrested Martinez on July 27, 2020, in Florida and returned him to Benton County, according to court documents.

He was arrested in New York on November 24, 2021 and Benton County sheriff's deputies went and brought him back. He was booked into the jail at 12:53 a.m. Friday.

Joshua Robinson, deputy prosecutor, told the judge Martinez was arrested in New York's Suffolk County on a robbery charge. Robinson said a prosecutor told him it had been resolved with a misdemeanor plea.

Robinson described Martinez as a flight risk and recommended a $500,000 cash only bond. The judge agreed with Robinson's recommendation.

Bentonville Emergency Communications received a 911 call at 2:54 p.m. July 17, 2020, from Martinez reporting his infant daughter was unresponsive. He said the baby had fallen asleep with him on the couch, and he didn't know what happened to her, according to a probable cause affidavit.

The child was taken by ambulance to Northwest Medical Center-Bentonville, according to the affidavit.

The medical staff told police the child suffered a skull fracture on the right side of her head and had bleeding in her brain. They also noted bruises on her body, according to the affidavit.

Estella Grullon, the girl's mother, told police she left Martinez alone with their daughter, and Martinez called her at 2:45 p.m. and told her the baby was acting strange and her face was turning purple, according to the affidavit. Grullon said she told Martinez to call 911 and request an ambulance.

Police reported they believe the girl was injured when Martinez was alone with her. Martinez denied injuring his daughter when he was questioned by officers, according to the affidavit.

The girl was taken to Arkansas Children's Hospital in Little Rock.

Dr. Rachel Clingenpeel at Children's Hospital told police the child's injuries would have been caused by violent force. Clingenpeel said the baby will have some degree of permanent brain injury, according to the affidavit.

Martinez is scheduled to appear in court on Feb. 7 for a pre-trial hearing.