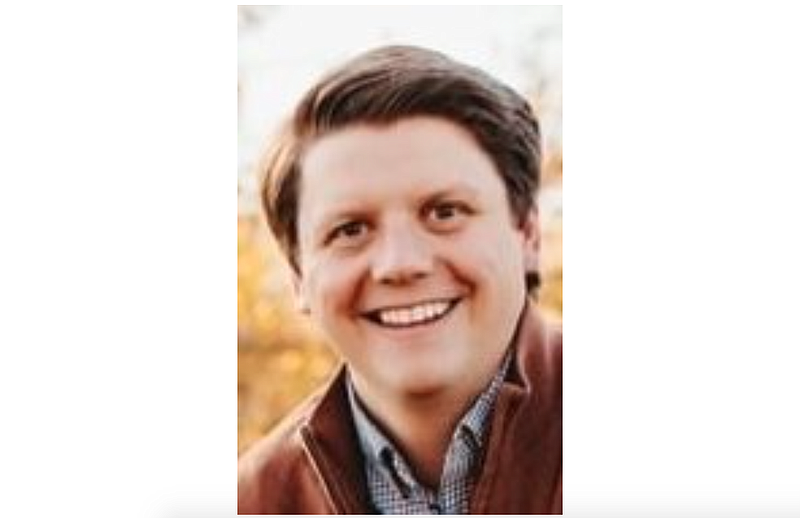 ROGERS -- Brit McKenzie of Rogers announced this week his candidacy as a Republican for the new House District 7 seat in Benton County.

McKenzie spent the first part of his career in politics before transitioning to the marketing and advertising industry six years ago, according to a news release.

While studying government at Hampden-Sydney College in Hampden-Sydney, Va., McKenzie served as congressional intern for then-U.S. Rep. John Boozman, he said. After graduation, he began his career on Capitol Hill as a legislative aide for U.S. Rep. Vicky Hartzler of Missouri.

He is a brand manager at Walmart.

McKenzie said when he left working in politics, he thought that chapter of his life was closed. He and his wife spent the past several weeks praying and considering whether the move would be right for their family, he said.

McKenzie said he believes in small government, Second Amendment protections and the idea that life begins at conception.

"Our state is at an important inflection point, one where we need conservative leadership, fiscal responsibility, and a fresh perspective to entrenched bureaucratic problems," he said, adding he believes the role of the Legislature is to secure freedom and opportunity, and to foster an environment for businesses to flourish.

District 7 is in eastern Benton County and includes part of Rogers as well as Avoca, Garfield, Gateway and much of Beaver Lake. It was created by the state Board of Apportionment in December.

The board, which consists of the sitting governor, attorney general and secretary of state, redraws legislative district boundaries every 10 years, after each U.S. census, to equalize the population among districts. Benton County gained population while most other counties lost, resulting in the creation of District 7, among other changes.

House members run for two-year terms. Their base salary is $39,399 a year, not including per diem and expenses.

Candidate filing for partisan primaries begins Feb. 22 and ends March 1. Party primaries are set for May 24; the general election will be Nov. 8.