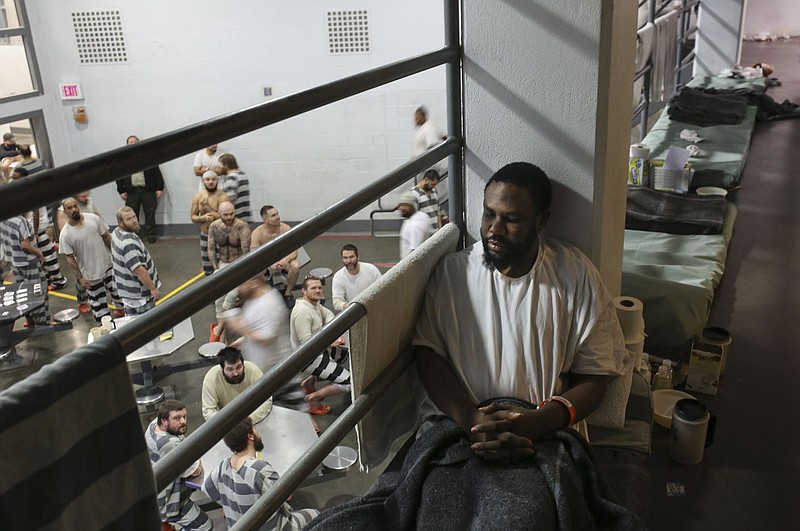 Jamon Carter sits on his bed mat that is set up along an overflow bunking area near a walkway railing, Monday, January 10, 2022 at the Washington County Detention Center in Fayetteville. Check out nwaonline.com/220111Daily/ for today's photo gallery. (NWA Democrat-Gazette/Charlie Kaijo)

FAYETTEVILLE -- Overcrowding at the Washington County Detention Center is being blamed for what officials say is an increasing number of fights and injuries involving detainees and jail staff.

Maj. Randall Denzer, Detention Center supervisor, told the Quorum Court's Jail/Law Enforcement/Courts Committee on Monday the detainee population at the Detention Center was 775, with 144 detainees sleeping on the floor due to lack of beds. Denzer said the jail's design capacity is 710 beds and the operating capacity is around 600 due to the need to separate different categories of detainees.

Denzer said there was a fight at the jail Friday night in which three deputies were injured.

Denzer said fights are not uncommon at the Detention Center. He said there are probably three or four altercations a week but most are minor.

Willie Leming, justice of the peace for District 13 in southwestern Washington County, asked about progress on design and engineering work on a possible jail expansion. The Quorum Court in August approved spending up to $250,000 on design work for an expansion.

Sheriff Tim Helder said in August the proposal being studied would add 230 beds to the Detention Center in two medium security buildings. The jail intake area would be enlarged and some space added for jail administration, the courtroom at the jail and for storage.

Denzer said Monday the work had not progressed far enough to provide any cost estimates on the project.

Also Monday, the justices of the peace approved spending $315,000 in American Rescue Plan funds for 2022 for the Returning Home program to divert probation violators away from the jail. Nick Robbins, director of Returning Home, said the $315,000 would expand the program from 10 beds to 16. Robbins said the cost to the county would drop from $60 per bed per day to $54 per bed per day. 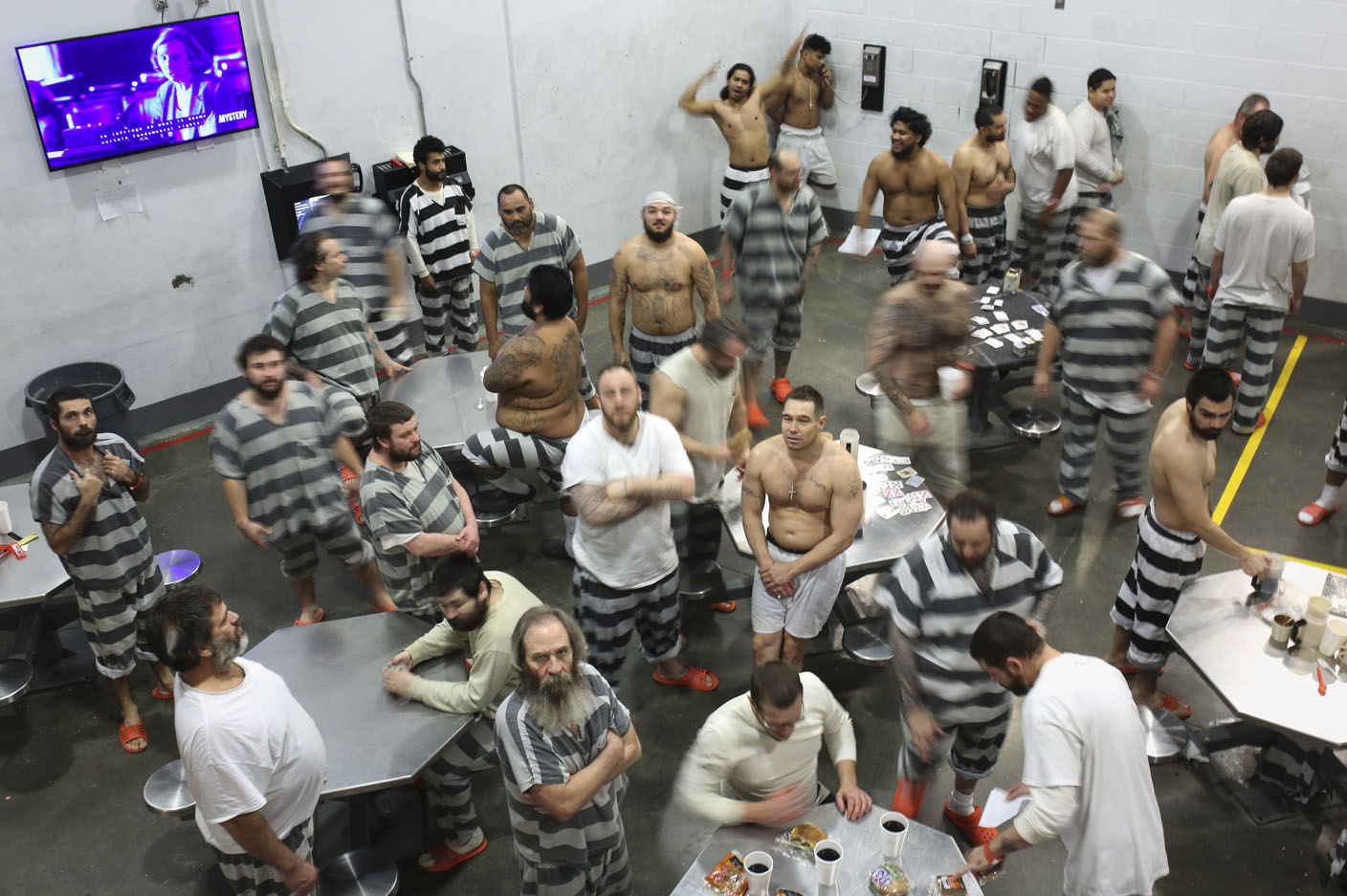