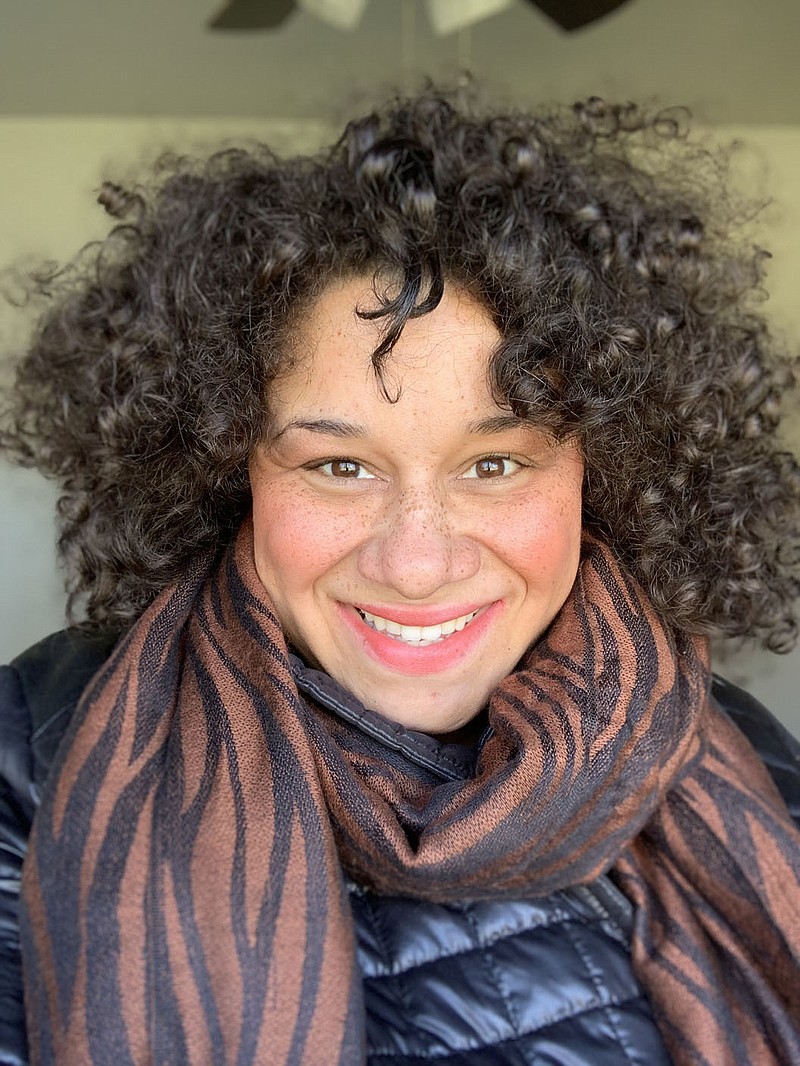 These are just some of the fascinating people you might want to keep your eye on in 2022.

From Camden, Tevin Wooten came to the University of Arkansas to study engineering. "I liked it, but I didn't love it," he says. "I discovered I was more passionate about broadcast television and meteorology, so I ultimately switched my major to broadcast journalism." After graduation, he worked at KNWA/FOX24 as a fill-in weather anchor, fill-in anchor and reporter, then he was off to Florida State University, where he earned a Bachelor's of Science degree in meteorology with a minor in mathematics.

"Northwest Arkansas was great because it was an excellent training ground for weather and life," Wooten says. "There were many different types of weather to cover there, and I learned a lot from one of my mentors, Dan Skoff. I met so many incredible people and grew professionally. The Northwest Arkansas metro has a small-town vibe, allowing me to have a sense of belonging and call it a true home. And in the grand scheme of things, it gave me an immersive experience in working with major corporations, meeting people and networking."

Now, Wooten works for The Weather Channel where, he says, "it means everything to me that I get to be a role model for hundreds of thousands of black and queer people. I hope through my example, someone's future is more clear, and his or her voice grows louder. I see an equitable future where there are more queer and black people in positions of power ... not limited to STEM, but throughout every sector of life.

"I want to change our world in a way that opens the eyes of kids and teens, and lets them know there are endless career possibilities. I want to inspire them, and everyone, to find their passion in life, and go for it. No matter where you're from."

Wooten was recently named to Forbes 30 Under 30, which he says "has been the best honor of my career. To be listed among 600 amazingly talented individuals who are making a positive impact on our country and world will forever be a highlight."

Asked his plans and hopes for 2022, Wooten says "professionally, I'd love to grow my presence as a meteorologist and as a journalist into a role that focuses more on climate-related issues for impoverished communities and people of color. We're at a pivotal moment in society where some communities who were traditionally not given a seat at the table, are now being brought to the conversation. So I hope to be able to provide an avenue for that conversation to continue."

From Southern California, Blaire Hastings came to Northwest Arkansas with "a former star-crossed lover" but fell in love instead with the picturesque town square and creative arts around every corner of Fayetteville. Now she's listed with the Actors Casting Agency, is social media coordinator for Fayetteville Public Television, produces and directs short films and is a singer/songwriter.

"I've kept myself busy this year with producing multiple television series for FPTV and reignited my love for the stage" as Christmas Eve in the Arkansas Public Theatre production of "Avenue Q." She has also been a production assistant and actor for commercials and films.

"I want to change the world by producing TV shows and movies that showcase 'real' people with unique stories to tell," Hastings says. "Although I love a great rom-com, not everyone can look as good as Jennifer Aniston. Instead, I want society to start valuing people and their stories as opposed to valuing how actors are 'supposed' to look.

"I'm huge on making people feel like they're included in things and finding out about their stories. My goals are to show people that everyone belongs and everyone has a story to tell. I have a lot of short films in the works, and I would like to immerse myself in those ideas in 2022! I'd also like to show people that even though I have a romantic relationship with my pepperoni pizza, I can still act and sing while being comfortable with my body. I would like to showcase my skills in creating movies and music, to move people with my acting and singing. Taking it one day at a time and executing the present with a positive outlook. That is what I hope to do in 2022."

Known as "Delia," "Ms. Delia," "Love" or "Love Delia" -- like a sign-off like at the end of a love letter -- Ms. Delia came from a childhood that wasn't as picturesque as her Berkeley, Calif., roots.

"My parents had five children and adopted five children when I was young," she explains. "We were later taken away from my family of origin due to physical and sexual abuse and neglect, and I lived in the first of many foster homes. In and out of foster care starting at the tender age of 6, I would almost age out of the foster care system at the age of 171/2."

Undeterred, Delia studied religion at Pepperdine University and moved to Arkansas shortly after she graduated in 2006. Now, having suffered from housing instability and food instability herself, she has made it her goal is to create an open source housing model that can be replicated, duplicated and modified in order to "make homelessness history!"

Delia's New Legacy Village is modeled after concepts like college or the military, where almost everything was included, but she says that's not good enough. "All-inclusive," she says, should include "everything" -- housing, food, utilities, child care and a salon, store, garden, cafe and more.

In 2022, she says, her goals are to create partnerships with professionals who want to help change the world; link up with trade schools and community colleges and create internships and apprenticeships with local tradesmen and women; launch the website about the organization; create learning materials for the residents that will help them transition into the village as easily as possible; get "loads of grants and funding"; break ground or purchase a structure; staff New Legacy Village; launch New Legacy Village; fill it with residents; change the world; and repeat.

"Anyone who knows me knows that I fix broken things and I create new ideas," she says. "This is not only in my wheelhouse, but this is right up my alley."

If you would like help, reach out to Delia at [email protected]

Born in Russellville, Maddy Morphosis -- yes, that's a stage name -- has lived in a small town outside of Fayetteville since the age of 3 or 4.

"We lived out in the country, and so there wasn't much to do. I spent most of my time just sitting around playing video games -- pretty standard boring childhood. But I think I was always drawn to performing to some degree. In high school, I was in band, choir and drama. I think there was one year I did all three!

"From high school, I went to the UA for a few years. Life happened, and I didn't manage to finish my degree, but I still have plans to hopefully go back to school at some point. Other than that, I've just been working different retail jobs around Northwest Arkansas and became a full-time performer about a month before the cast announcement."

When Maddy says "performer," it means in drag.

"I always kind of wrestled with 'masculinity' and 'femininity.' I never understood why there was that line between them, or why certain things were assigned to men and women. And the only people I ever saw that crossed those lines were gay and trans people in TV and movies or online," Maddy muses. "So the fact that I questioned it, and had interests in 'feminine' things like makeup and fashion, made me question myself. Like, was I gay or trans and didn't realize it? And my journey of self discovery led me to C4 [Nightclub and Lounge] in Fayetteville. It was one of the few places I knew of where you could go and not be judged for being different, and was a place where I could explore my own identity and talk with other people in the community.

"Drag just happened to be there, and I always enjoyed the shows. But after a couple years of going to the shows, I had ideas of my own of what I would do if I ever performed. And then in 2017, they had an open stage competition pop up, and a friend gave me the push to do it, and I fell in love with it. The rest is history."

As of last week, viewers can see Maddy on Season 14 of "RuPaul's Drag Race" on VH1. It may not change the world, Maddy says, "but if there's anything that I hope people take away from my being on the show, it's that 'masculine' and 'feminine' really don't matter. I do drag. I wear makeup and dresses, and run around in six-inch heels. But at the end of the day, I go home to a beautiful girlfriend, play video games, etc. It doesn't change who I am. And I hope that seeing me on the show will make some people realize that the 'rules' are just made up, and help give them the courage to just be their authentic selves."

Born and raised in Little Rock, Ross Harris was just 20 when he joined the U.S. Army, serving in Ranger Regiment, the 82nd Airborne and finishing his time as a Marksmanship Master Trainer. After a brief stay in Boston after his military service, he lives in Fayetteville where he remodels and flips homes. But he's about to take the national stage as a contestant on a new series now streaming on HBO Max titled "Finding Magic Mike." Hosted by Adam Rodriguez, it's a dance competition that brings together "a diverse set of 'everyday' men who 'lost their magic' to dig deep and bare their souls (and more!) for a chance at reinvention, a performance on the famed 'Magic Mike' stage, and a large cash prize," the network says.

Harris says he really didn't want to sign up for the show.

"I was speaking with a good friend of mine, Danielle Keller, and expressed my desire to start a podcast centered around mental health for veterans, fitness and suicide awareness. She then forwarded the application for a 'Magic Mike' reality show and said that she thought I'd be able to bring attention to those issues [by appearing]. I figured there were absolutely zero holes in that logic, so I applied.

"As a veteran and father who suffers from PTSD and who has lost close personal friends to suicide, my desire is to edify and encourage those who have been in similar positions and demonstrate that there is hope. I have managed to fight my way back to peace and joy by embracing gratitude for the experiences I've had that were meant to make me grow, and I want to get that message out as effectively as possible. I'm still not entirely sure how stripping plays into that, but obviously it was meant to happen," Harris says with a shrug.

"As far as what's in store for me for 2022, I believe that it's vital to keep your plans to yourself and the few people whom you can trust," Harris says. "However, I can confidently say that you'll be hearing more from me, because I have no intention of being satisfied with where I am now." 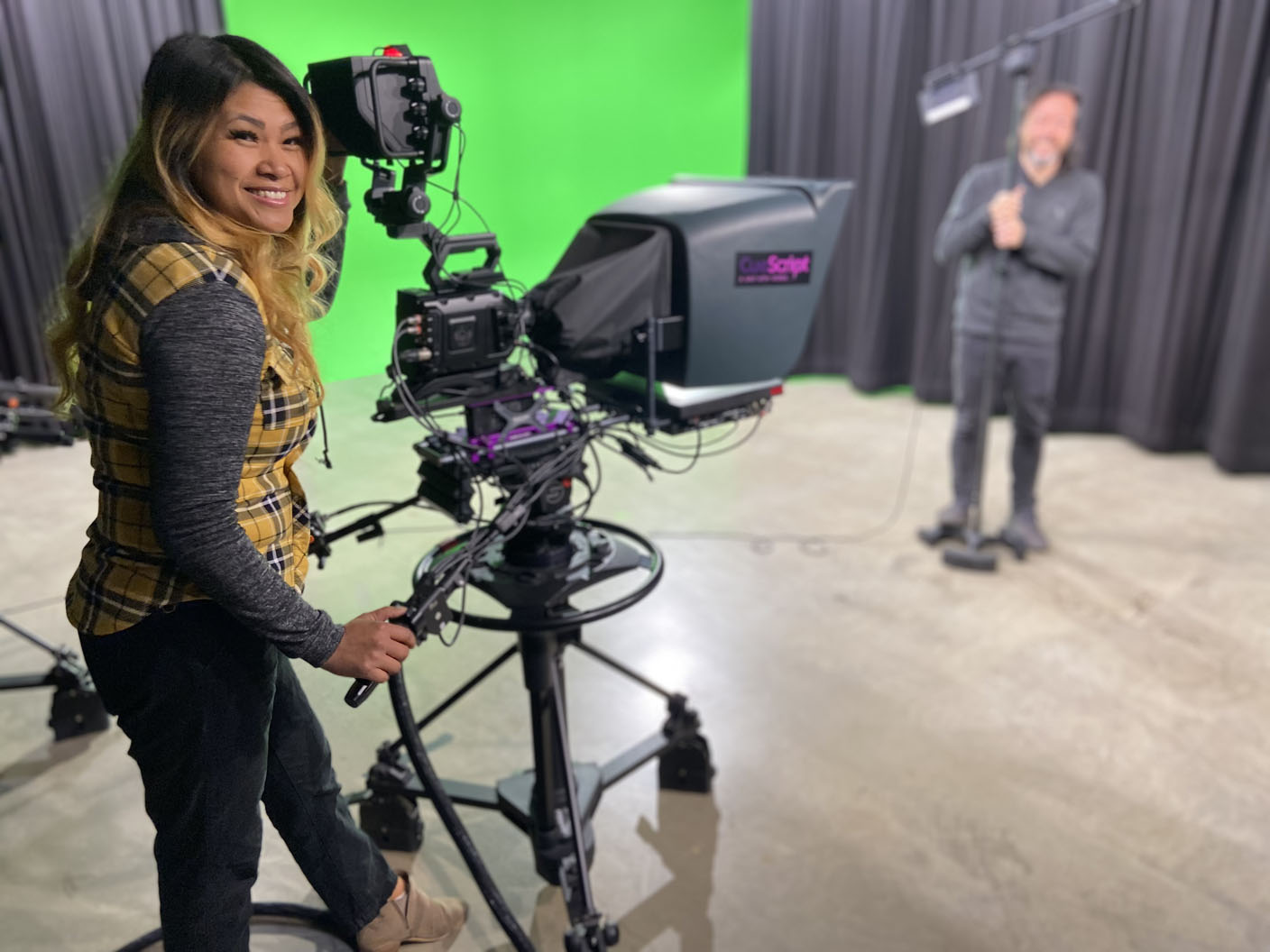 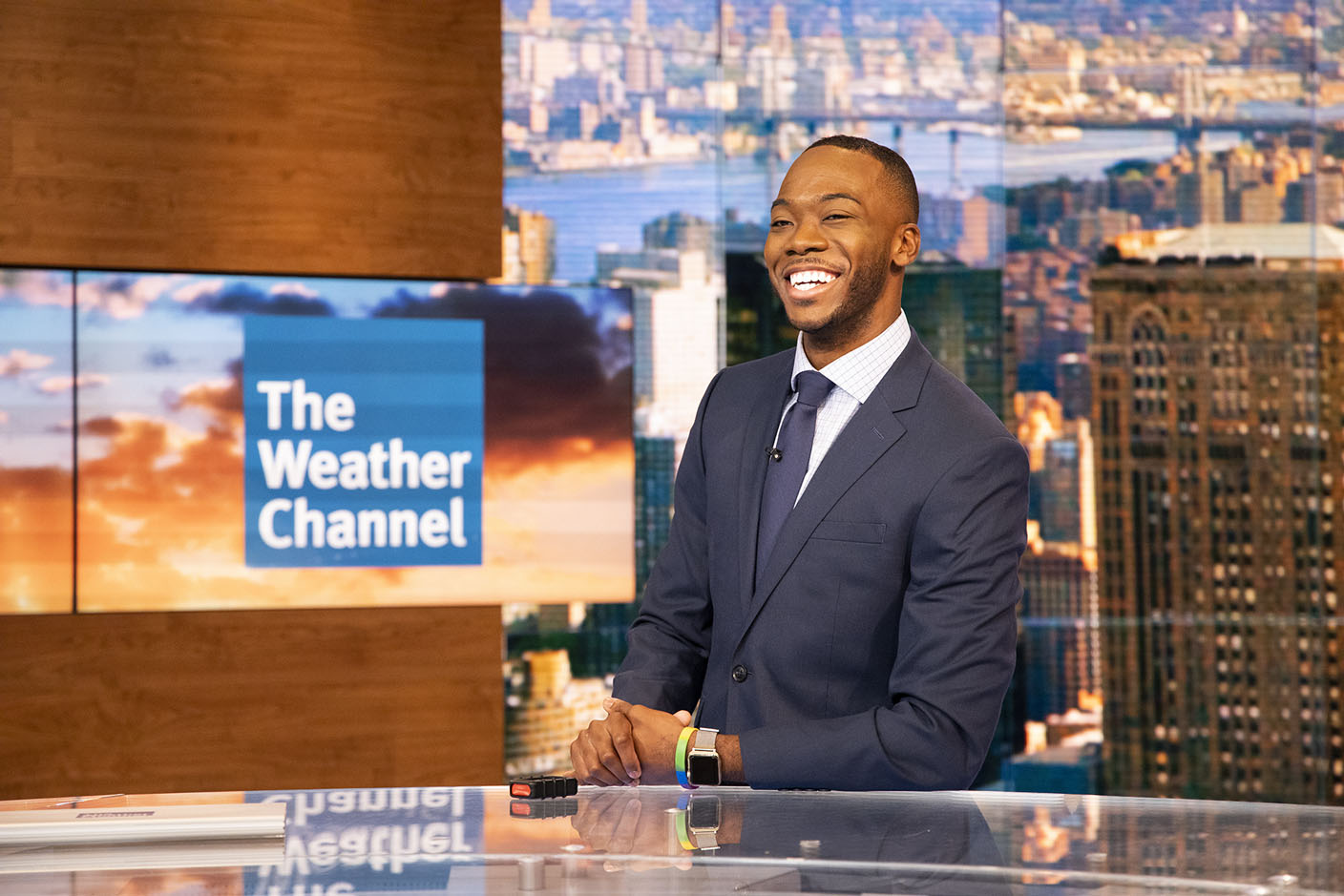 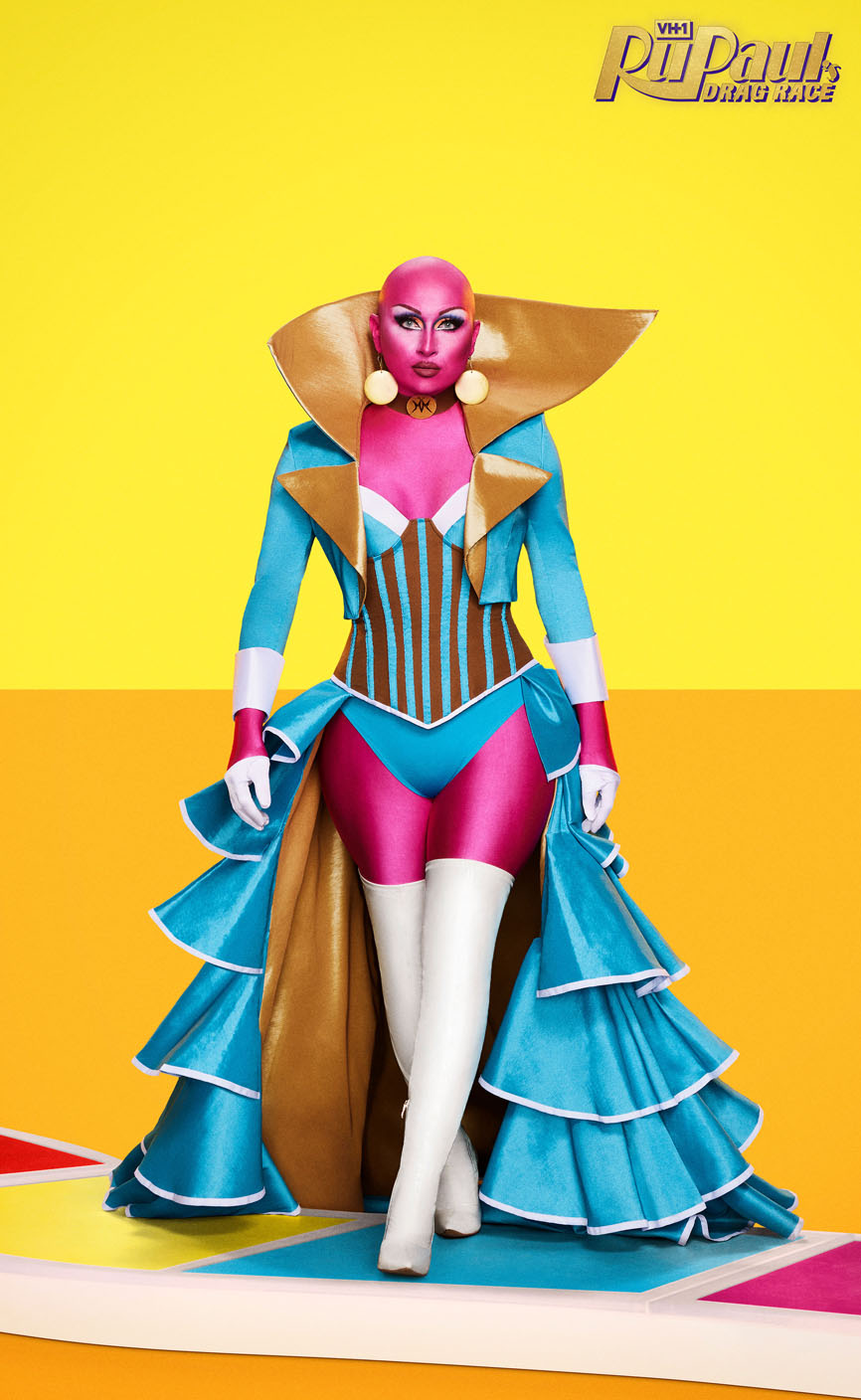 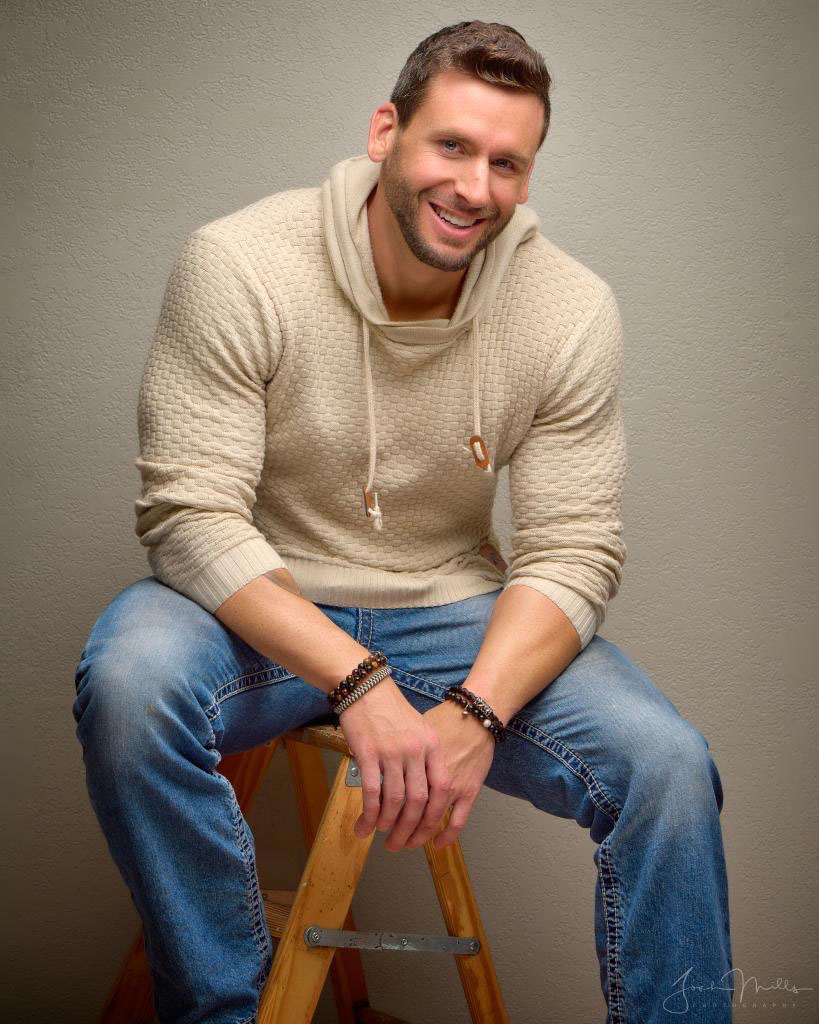 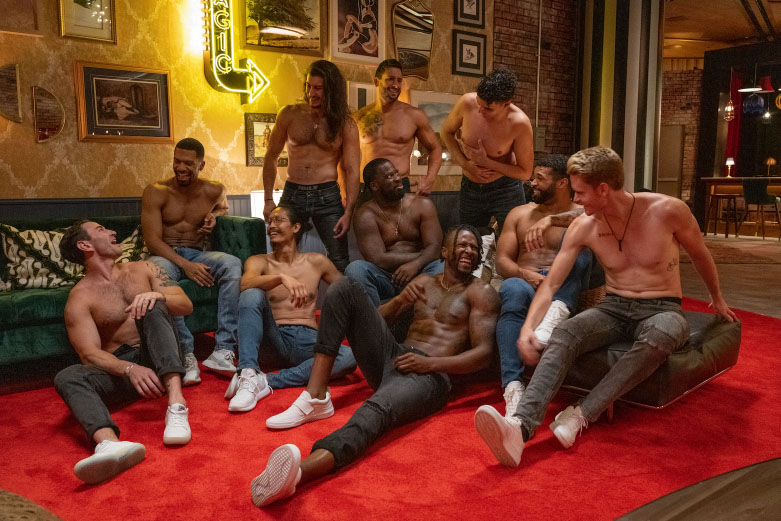