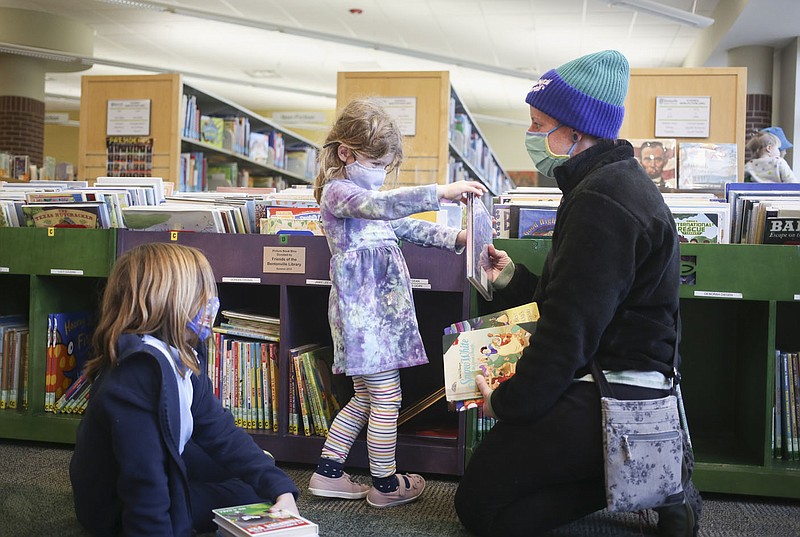 Caption: Kate Voss, 8, of Bentonville (from left) looks on as Paige Voss, 3, picks out books to show Sam Arsenault, Thursday, January 6, 2021 at the Bentonville Public Library in Bentonville. The schematic design for the Library expansion is nearing completion. (NWA Democrat-Gazette/Charlie Kaijo)

BENTONVILLE -- The schematic design for the public library expansion is nearing completion.

Schematic design is typically the first phase for a project, followed by design development and then construction documents, but for the library it's second because a needs assessment was the first phase, Vercruysse said in October.

During schematic design, the design team will work through programming, both interior and exterior, and turn those spaces into a 3D object. A range of alternative design concepts are explored, she said.

The schematic design will be finished by Jan. 25 when the City Council will hear an update on the project, Vercruysse said Wednesday.

The schematic design phase will be followed by design development and preparing construction documents, Vercruysse said.

"I am happy with the schematic designs produced by MSR and impressed with how the plans have progressed," said Hadi Dudley, library director. "The project is shaping up nicely and will result in a lovely addition to our community's library."

Construction is expected to start in the first quarter of 2023 and take 16 months, Vercruysse said.

Vercruysse also discussed the revised floor plan and artist renderings Wednesday. Also in the works are price breakdowns for things such as the renovation and addition to the library, parking lot modification, the Walmart Room, landscaping and moving utilities along Southeast Fourth Street.

The Bentonville Library Foundation in May voted to raise $10.5 million for the concept called for in the full needs assessment report.

The foundation announced in October it was closing in on its fundraising goal to expand the library.

Howard Kerr, foundation president, and Teresa Stafford, executive director, said then the group had raised more than $7.2 million in lead gifts toward its $10.5 million goal. The money raised was added to the city's bond proceeds of $4.5 million for the $15 million expansion project. The expansion is part of the city's $266 million bond plan for capital projects and bond refinancing voters approved in April.

Since the October announcement, an additional $105,000 has been raised from year-end donations. Conversations continue with multiple other major donors, including corporate donors, Stafford said Wednesday.

The library at 405 S. Main St. opened in October 2006. It was a $9 million project. The foundation raised $7 million through contributions from individuals, corporations and foundations. The city committed $2 million, Dudley said. 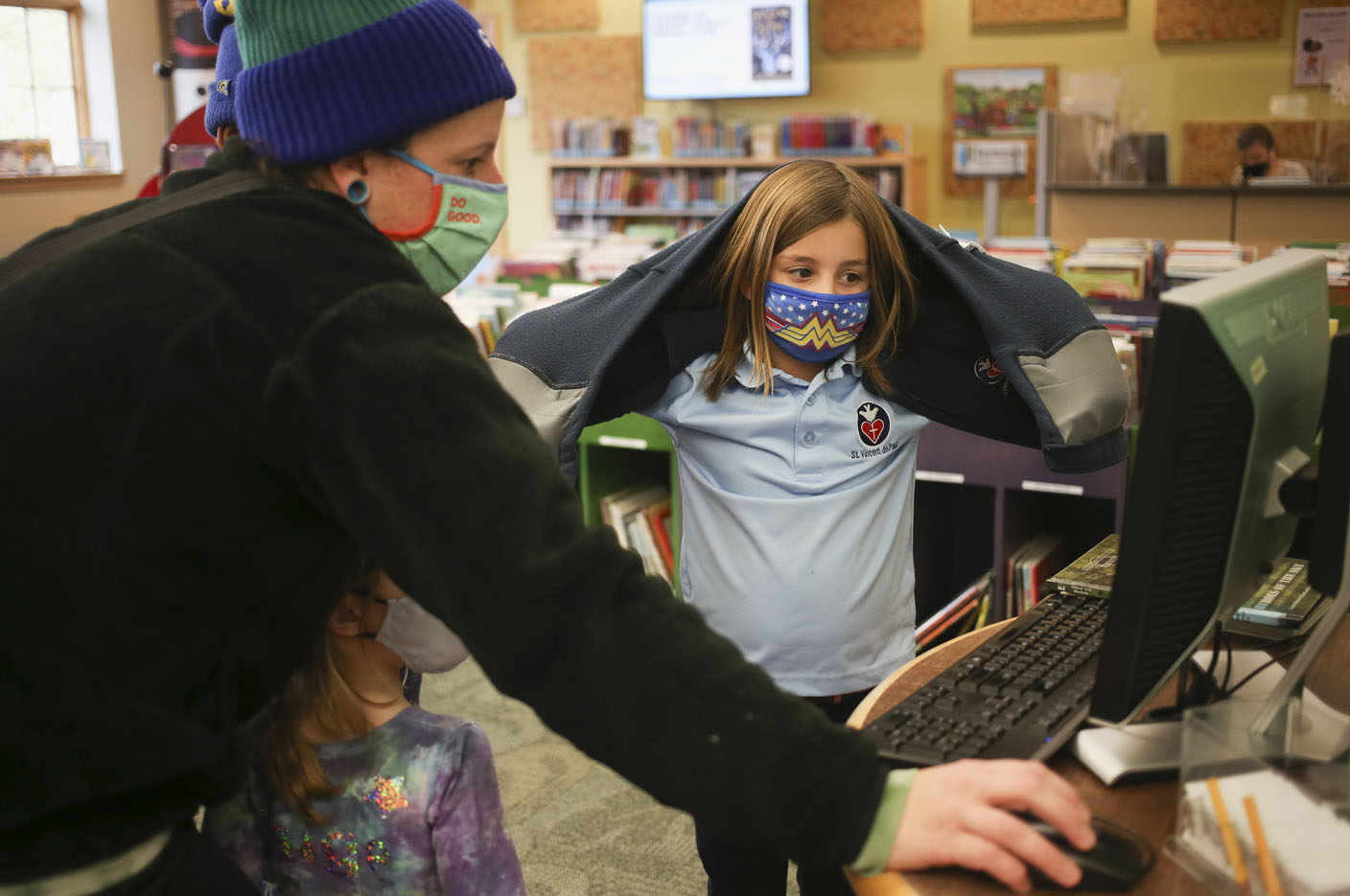 Sam Arsenault of Bentonville (from left) and Kate Voss, 8, use a computer to search for books, Thursday, January 6, 2021 at the Bentonville Public Library in Bentonville. The schematic design for the Library expansion is nearing completion. (NWA Democrat-Gazette/Charlie Kaijo) 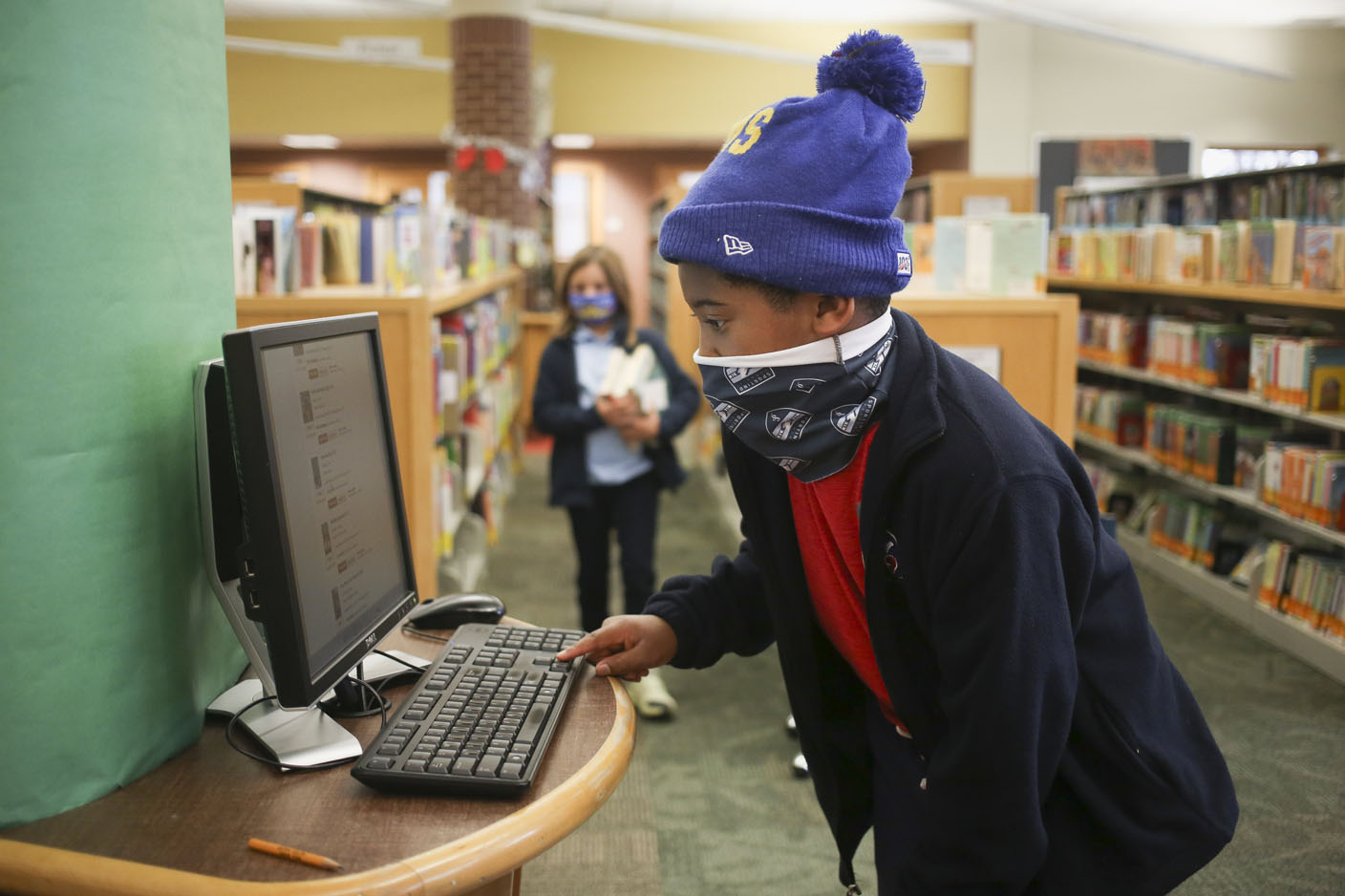 Samuel Obiri, 7, of Bentonville searches for a book on a computer, Thursday, January 6, 2021 at the Bentonville Public Library in Bentonville. The schematic design for the Library expansion is nearing completion. (NWA Democrat-Gazette/Charlie Kaijo)