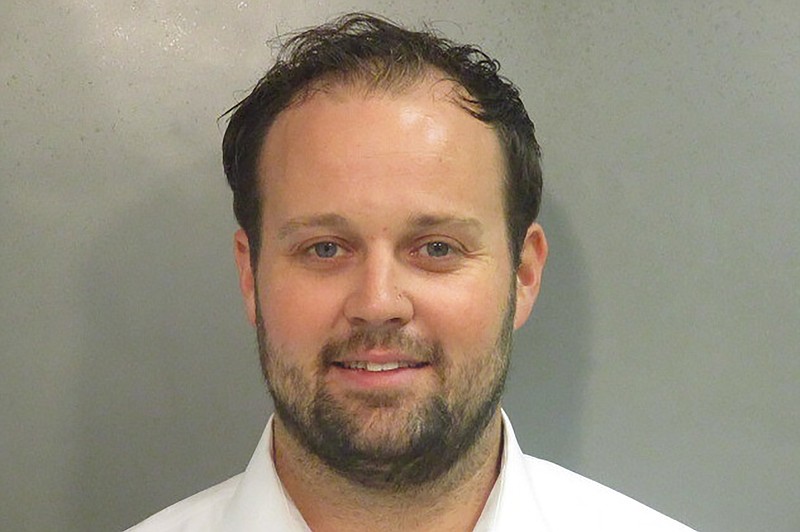 FAYETTEVILLE -- Josh Duggar is set to be sentenced April 5 on his December conviction of possessing child pornography.

Duggar, 33, of Springdale, was charged in federal court with two counts involving receiving and possessing child pornography. The jury found him guilty on both counts after more than six hours of deliberation over two days.

Prosecutors explained after the verdict Duggar would only be sentenced on the count of receiving child pornography because possession of child pornography is considered a lesser included offense under federal law.

Duggar faces up to 20 years in prison and fines up to $250,000. He's been held at the Washington County Jail since being convicted and while awaiting sentencing.

Lawyers for Duggar have asked a judge for a new trial or a judgment of acquittal, claiming the government failed to show evidence Duggar knew the visual depictions were of a minor engaging in sexually explicit conduct, a necessary element for conviction.

Prosecutors responded Duggar is not entitled to a new trial or acquittal because the evidence against him at trial was clear and overwhelming.

Brooks has not ruled on the latest motion, but twice denied motions to dismiss the case during trial.

Juries in criminal cases in the federal system don't address the issue of punishment; that is up to the judge. In addition to hearing from prosecutors and defense attorneys, Brooks will have a presentence report compiled by the U.S. Probation Office. There are also federal sentencing guidelines to consider.

A presentencing report is meant to give the judge a fuller picture of the defendant. It is also meant to identify any major issues the person may have, such as whether he struggles with chemical dependency or mental health issues. The report can help the court identify what resources could be used to help the person avoid future court involvement.

Prosecutors accused Duggar in early 2021 of using the internet to download and view child pornography, some of which depicts the sexual abuse of children younger than 12, according to court documents. Some of the material included images of prepubescent children and depictions of sadistic abuse, prosecutors said.

Prosecutors told jurors child pornography was repeatedly downloaded on the computer at Duggar's used car lot on May 14, 15 and 16, 2019. A password-protected computer partition and separate operating system were installed and used to download and view the child pornography, they said.

Duggar, the oldest son of Jim Bob and Michelle Duggar, is best known for being part of his family's cable television reality show on the TLC channel, "19 Kids and Counting." The show, which chronicled the Duggar family's home life, was canceled in 2015 after it became public knowledge that, as a teen, Josh Duggar molested four of his sisters and a babysitter.

Rules that set out a uniform sentencing policy for defendants convicted in the U.S. federal court system that became effective in 1987. The guidelines assign most federal crimes an “offense level” between one and 43. The higher the offense level, the more severe the crime is. The point at which the offense level and criminal history category intersect on a table determines an offender’s sentencing guideline range. While adhering to the guideline range is not mandatory, judges must consider the guidelines when determining a criminal defendant’s sentence. If a judge departs from the guidelines, they must explain what factors warranted the increased or decreased sentence.