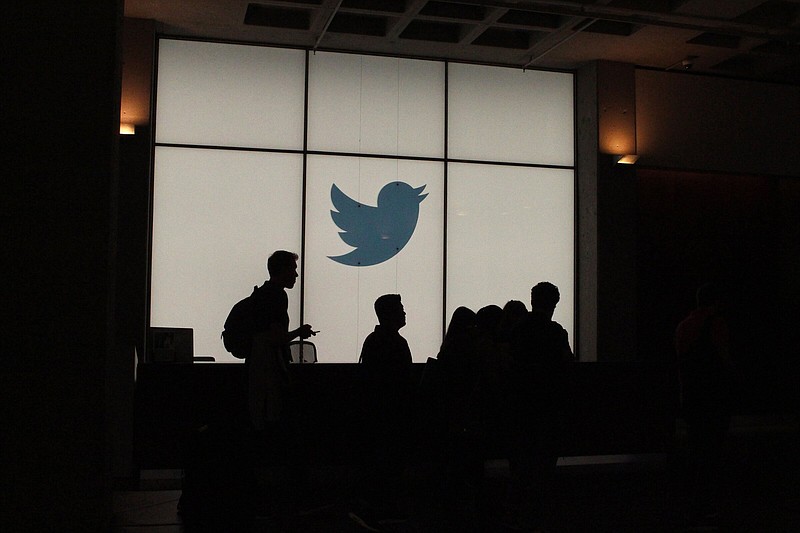 Employees walk past a lighted Twitter logo as they leave the company’s headquarters in San Francisco in this file photo. (Getty Images/TNS)

SAN JOSE, California -- Twitter and other companies have unveiled plans to chop more than 900 Bay Area jobs in a fresh round of tech and biotech layoffs expected to jolt the region's increasingly wobbly economy.

In recent days, plans for 913 tech and biotech job cuts -- including hundreds more at Twitter, which has already halved its overall staff once 7,500 strong -- have been revealed in official filings with the state Employment Development Department.

By far, the job cuts at Facebook app owner Meta Platforms are responsible for the largest impact on the Bay Area job market. The tech titan this month revealed plans to eliminate 2,564 jobs in the Bay Area, the filings show.

In the most recent round of layoffs, below are among the most notable job cuts in the Bay Area that affect tech or biotech companies, including where the employment reductions are being planned:

mTwitter is cutting 236 jobs, consisting of 214 in San Francisco and 22 in San Jose.

mWestern Digital, a maker of data storage and hard-disk drive devices, has decided to chop 189 positions, of which 103 are in San Jose and 86 are in Milpitas.

mSynthego, a biotech firm, is cutting 105 jobs in Redwood City.

mAsana, a software firm, has decided to jettison 97 positions in San Francisco.

mThermo Fisher Scientific, a software and scientific instruments firm, is eliminating 95 jobs, including 49 in South San Francisco and 46 in Pleasanton.

mIntercom, a software firm, has decided to chop 55 jobs in San Francisco.

mAerotek at Flex, which provides contract tech services, is cutting 48 jobs in Milpitas.

The latest cutbacks at Twitter mean that the social media platform has decided to eliminate 1,126 jobs in the Bay Area, the state filings show.

Earlier in November, San Jose-based Cisco Systems revealed that it has decided to chop 5% of its workforce, which equates to the elimination of 4,100 jobs worldwide.

These layoffs will occur during HP's 2023 fiscal year, which extends from Nov. 1, 2022 through sometime around Oct. 31, 2023. This means the layoffs is expected begin in short order or months from now. The impact on the HP Bay Area workforce wasn't disclosed.

In Menlo Park, Calif., Facebook parent Meta Platforms overall is cutting 11,000 jobs, the first major round of layoffs in the social-media company's history.

Meta's stock has plunged this year, and the company is trying to pare costs after several quarters of disappointing earnings and a slide in revenue. The reductions equal about 13% of the workforce, and Meta will extend its hiring freeze through the first quarter.

Cupertino, Calif.-based Apple, meanwhile, has paused hiring for many jobs outside of research and development, an escalation of its plan to reduce budgets heading into next year, according to people with knowledge of the matter.

The break at Apple generally doesn't apply to teams working on future devices and long-term initiatives, but it affects some corporate functions and standard hardware and software engineering roles.

Outside of California, Seattle-based Amazon plans to cut about 10,000 jobs. The layoffs will likely target Amazon's devices group, responsible for the Echo smart speakers and Alexa digital assistant, as well as the retail divisions and human resources, Bloomberg News reported.

Information for this article was contributed by Lindsey Rupp of Bloomberg News (WPNS).