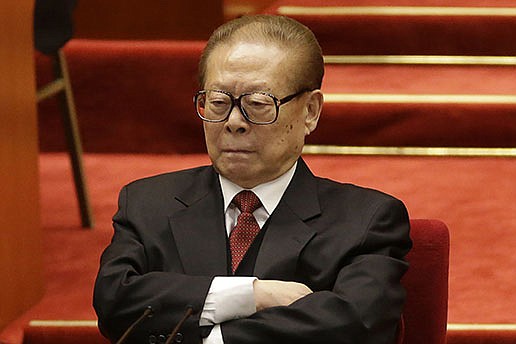 BEIJING -- Jiang Zemin, who led China out of isolation after the army crushed the Tiananmen Square pro-democracy protests in 1989 and supported economic reforms that led to a decade of explosive growth, died Wednesday. He was 96.

Jiang, who was president for a decade until 2003 and led the ruling Communist Party for 13 years until 2002, died of leukemia and multiple organ failure in Shanghai, state media reported. The party declared him a "great proletarian revolutionary" and "long-tested communist fighter."

A surprise choice to lead a divided Communist Party after the 1989 turmoil, Jiang initially was seen as a transitional leader. He was drafted on the verge of retirement with a mandate from then-paramount leader Deng Xiaoping to pull together the party and the nation. But he proved transformative.

In 13 years as Communist Party general secretary, the top position in China, he guided the country's ascent to global economic power by welcoming capitalists into the party and drawing foreign investment after China joined the World Trade Organization.

He presided over the nation's rise as a global manufacturer, the virtual end of European colonial rule with the return of Hong Kong from Britain and Macao from Portugal, and the achievement of a long-cherished dream of winning the right to host the Olympic Games.

Even as China opened to the outside, Jiang's government stamped out dissent. It jailed human rights, labor and pro-democracy activists and banned the Falun Gong spiritual movement.

The one-time soap factory manager capped his career with the Communist era's first orderly succession, stepping aside for a younger generation under his successor, Hu Jintao.

After leaving the presidency, Jiang sought to retain influence by holding onto the title of chairman of the Central Military Commission, which overseas China's 2 million-member armed forces. That arrangement was awkward from the start, and Jiang eventually handed over the office in late 2004 amid complaints that he risked dividing the government in the event of a crisis.

Jiang continued to have a say in key personnel selections through his wide network of contacts, whose careers had benefited from the former president's patronage.

Although Hu had not been his personal choice of successor, Jiang was considered successful in elevating several allies to the all-powerful Politburo Standing Committee that took office in 2012, with Xi Jinping -- now the country's most powerful leader in decades -- at the helm.

Jiang often cut an ebullient figure. He played piano and enjoyed singing. A halting but determined speaker of English, he would recite the Gettysburg Address for foreign visitors and on a visit to Britain tried to coax Queen Elizabeth II to sing karaoke.

But the portly, bespectacled leader also showed he was a tough political fighter who defied predictions that his stint as leader would be short. 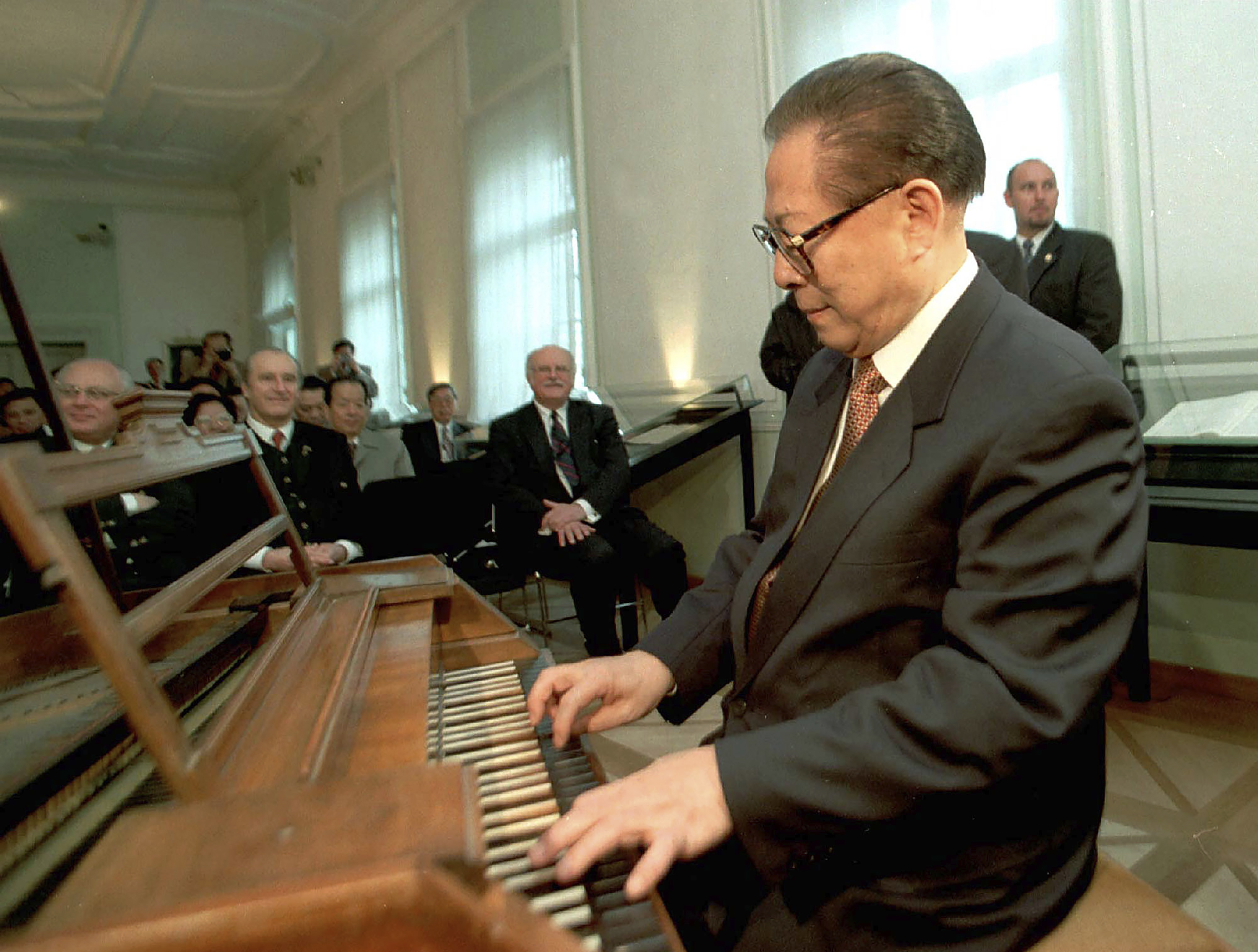 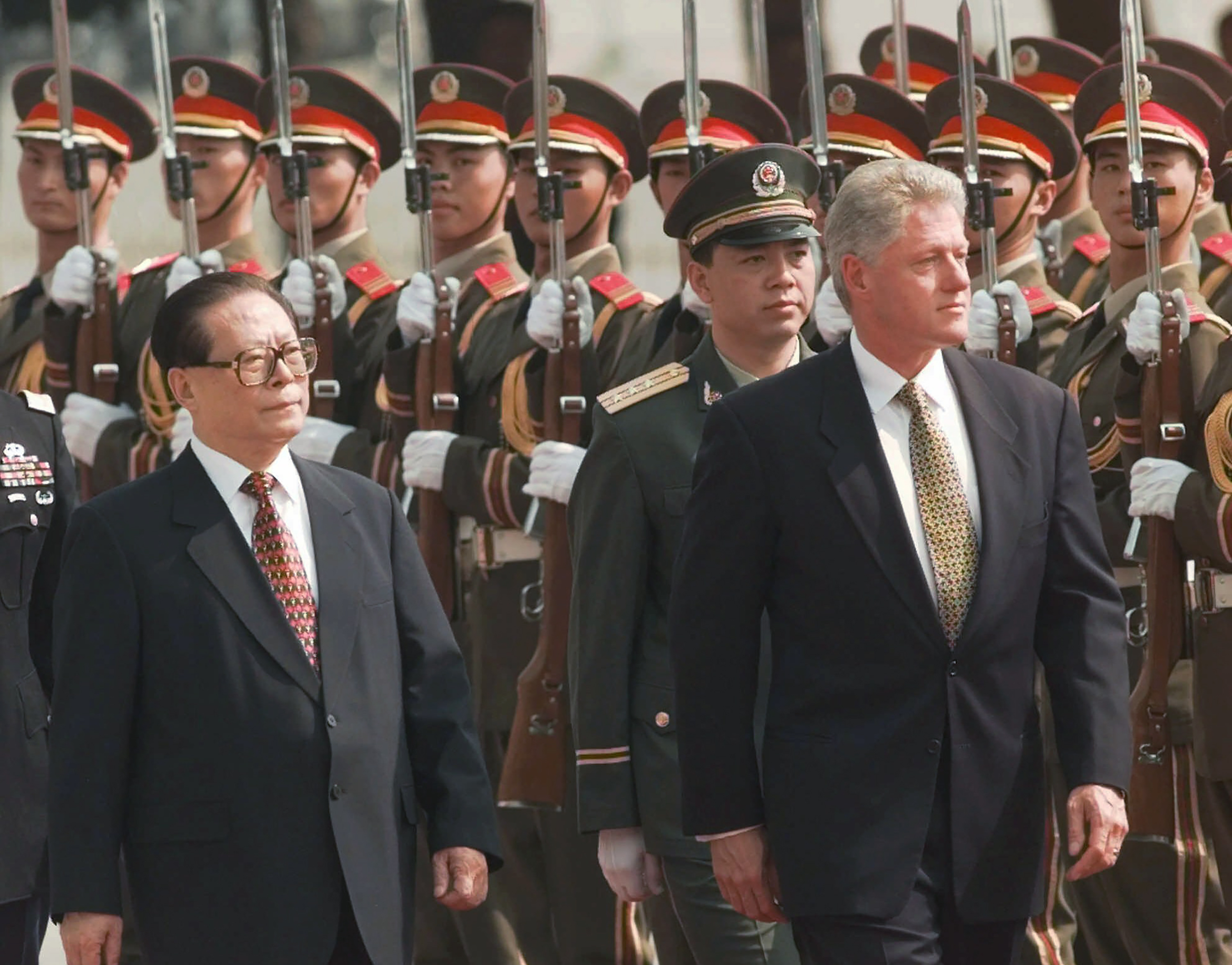 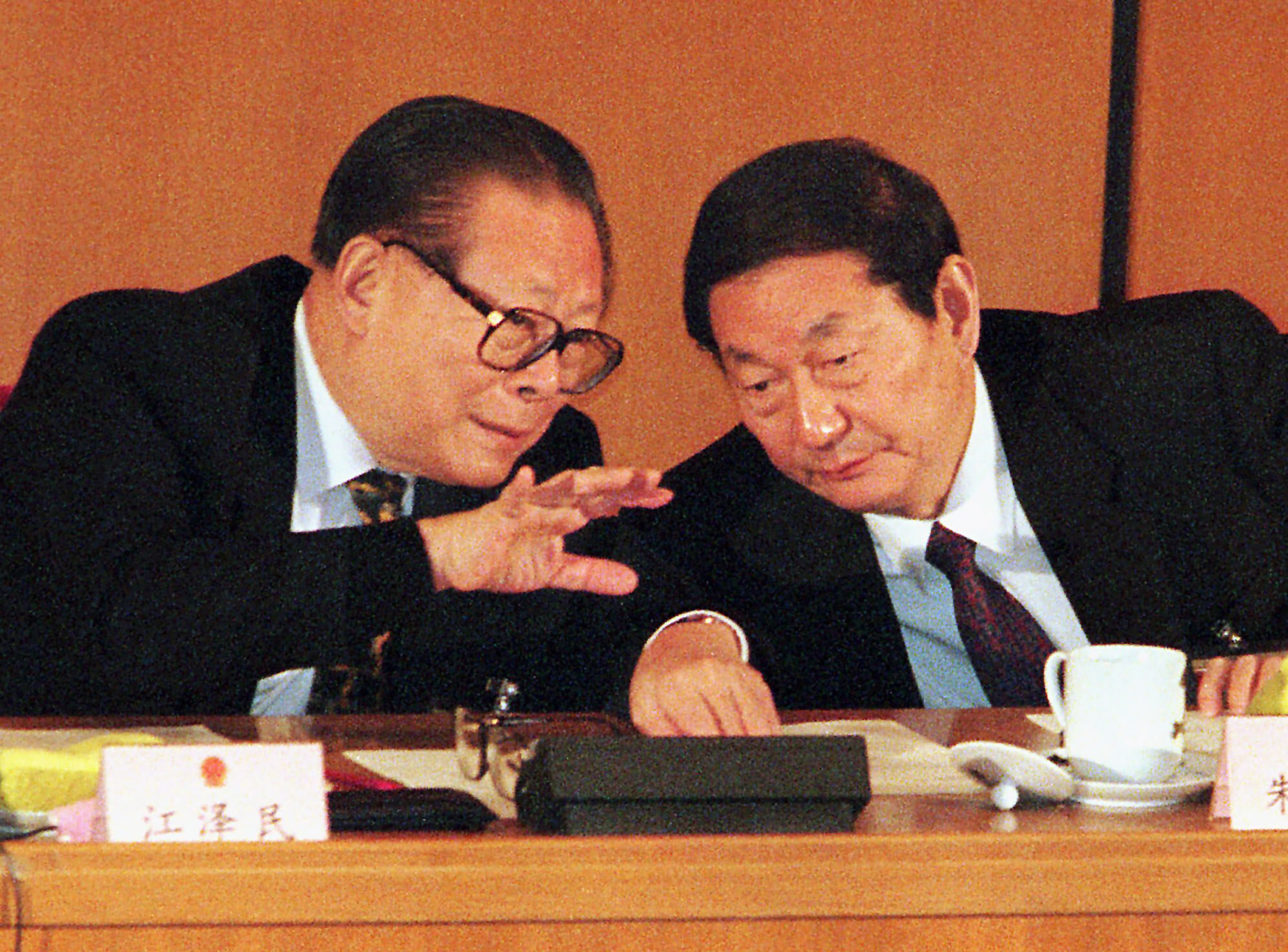 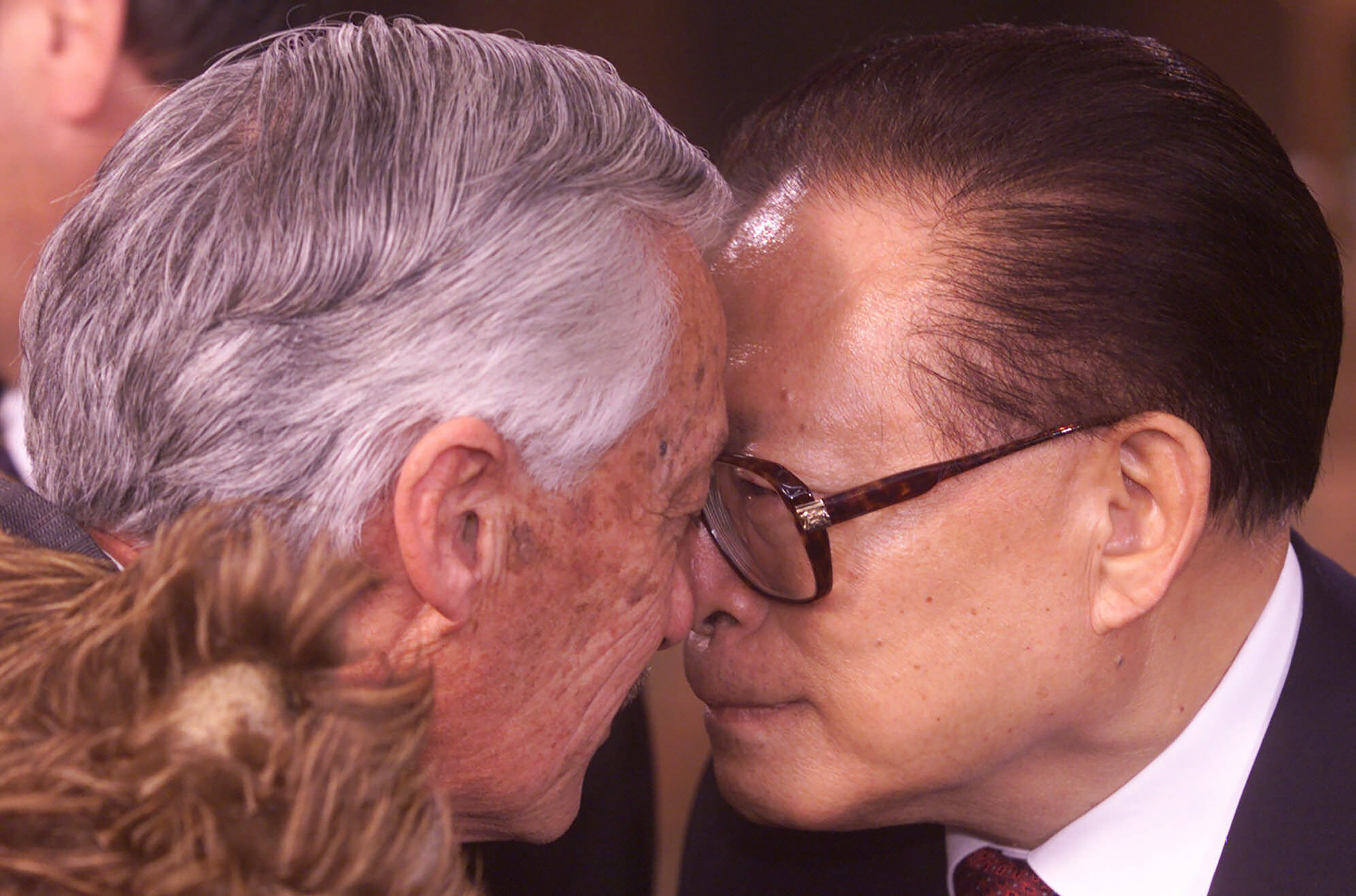 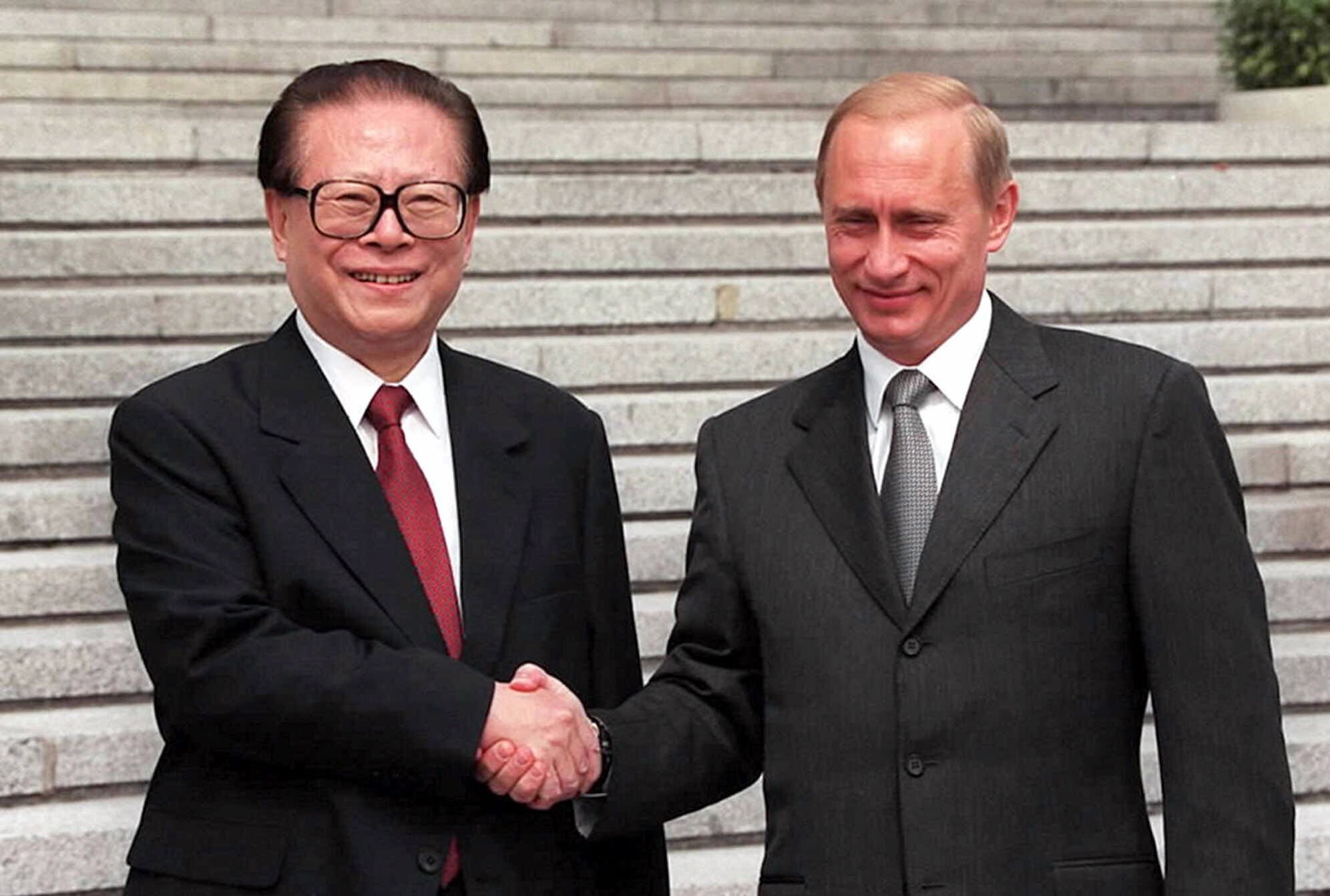 FILE - In this photo released by China's Xinhua News Agency, then Chinese President Jiang Zemin, left, shakes hands with then Russian President Vladimir Putin during a welcome ceremony at the Great Hall of the People in Beijing, July 18, 2000. Chinese state TV said Wednesday, Nov. 30, 2022, that Jiang has died at age 96. (Liu Jianguo/Xinhua via AP, File) 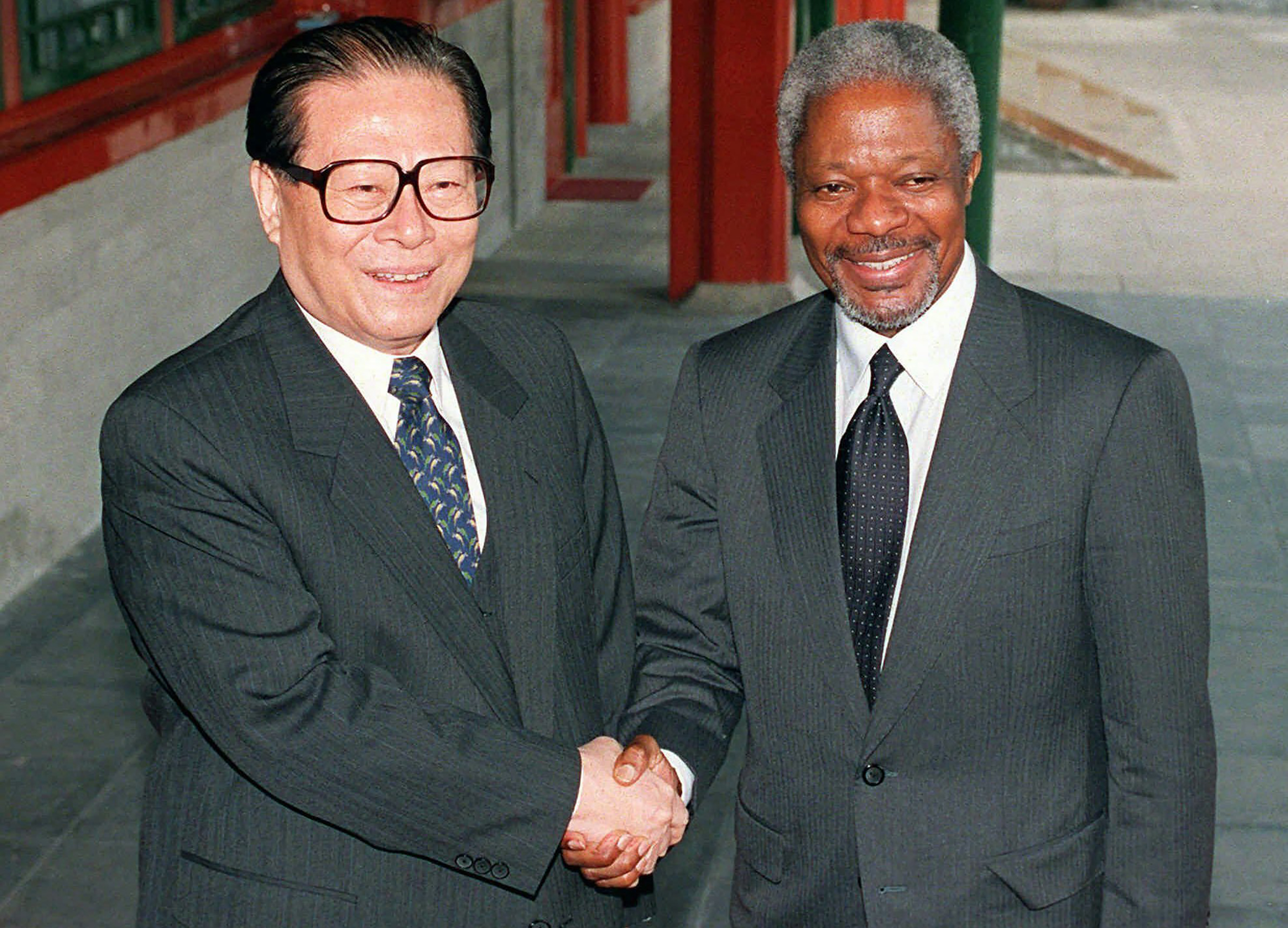 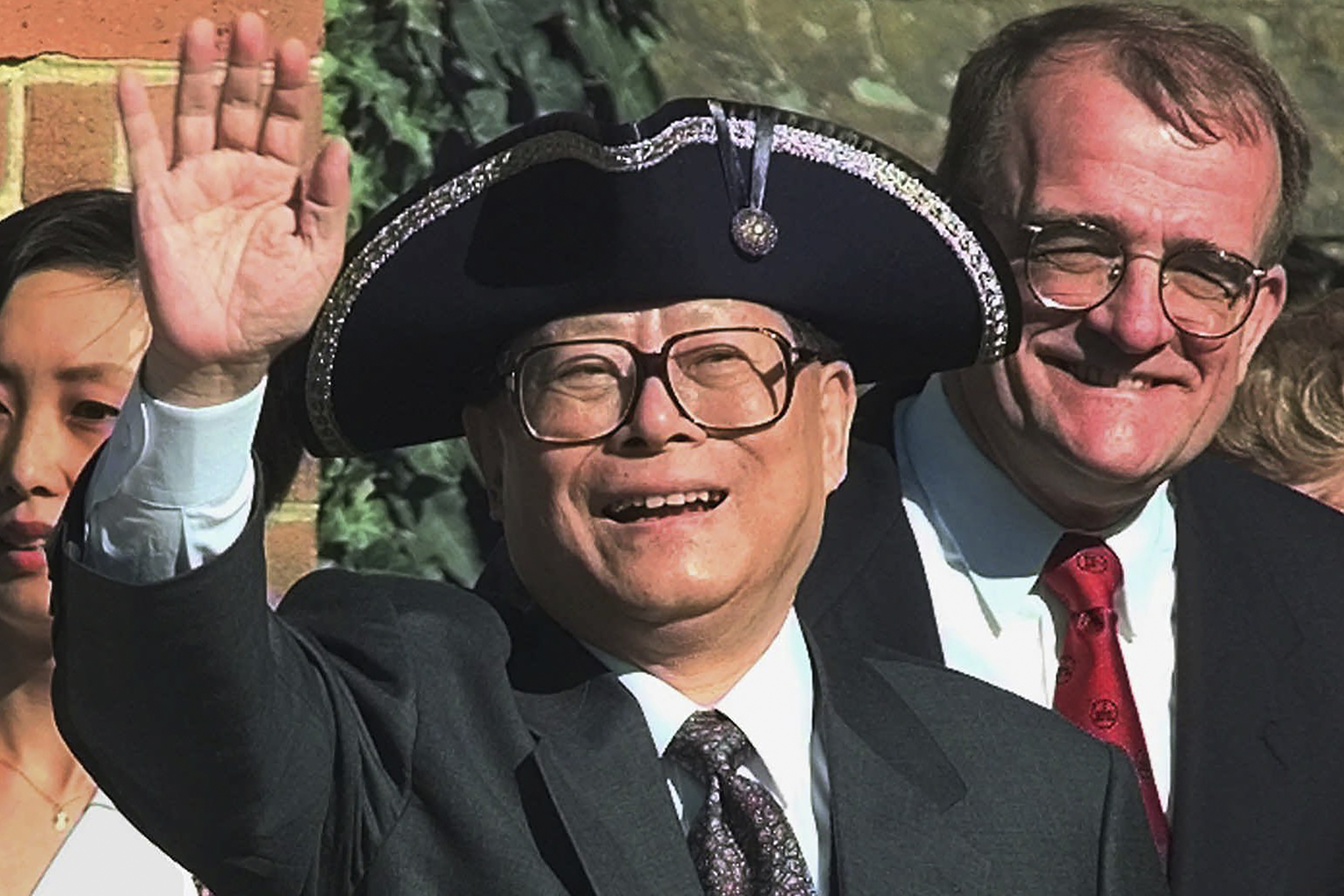 FILE - Then Chinese President Jiang Zemin waves to the crowd after being given a tricorn colonial hat as he arrives at the Governor's Palace in Williamsburg, Va., Oct. 28, 1997. Chinese state TV said Wednesday, Nov. 30, 2022, that Jiang has died at age 96. (AP Photo/Doug Mills, File)