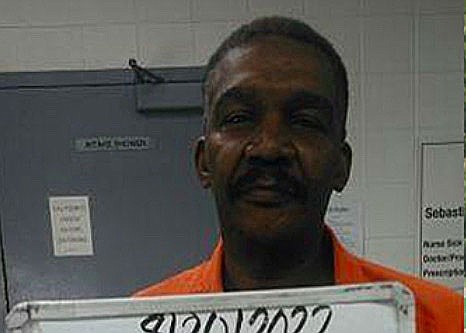 FORT SMITH -- A Fort Smith man was charged Wednesday with first-degree murder in connection with the death of his girlfriend, whose body was found Aug. 10 on a dirt road in Altus.

An arrest warrant from State Police states Tonia Tran, 53, was found wrapped in a hummingbird-and-flower-print blanket. The Arkansas State Crime Lab identified Tran by the serial number on her breast implant. The lab determined she died of suffocation.

A police investigation found Tran had moved to Fort Smith within the past two months from California and moved in with her boyfriend, Maurice Anthony Richardson, 60.

Officers searched Tran's home and said they found Richardson had moved in another woman who "bears a marked resemblance to the victim," according to a news release from State Police. She told police she had known Richardson for three days and they were going to get married.

Police found a brand new mattress in the home, as well as runners in the house they said matched the hummingbird-and-flower pattern on the blanket found wrapped around Tran. The blanket and the drop cloth material used to cover the body were sent to the state crime laboratory to search for DNA evidence and fingerprints.

Tran's vehicle was also at the home, and a search found blood in a pattern indicating a body had been dragged out of it, according to police.

Police also searched a location where Richardson had been doing work and said they found a bloody mattress, a bag of Tran's clothing and citizenship paperwork for her.

Richardson has been charged in the Circuit Court of Sebastian County, Fort Smith District, with murder in the first degree, class Y felony, and habitual offender. Bond was set at $500,000 cash.

Richardson will be arraigned Wednesday.

The investigation by the Arkansas State Police, the Office of the Prosecuting Attorney and other law enforcement agencies is ongoing.

Richardson has four prior felony convictions: two counts of promoting prostitution, overdraft and felon in possession of a firearm, all in Sebastian County.

Marife Richardson, Richardson's wife at the time, accused him of domestic battery in 2008 but chose not to pursue charges, according to Fort Smith police records.

Print Headline: Man charged with murder of girlfriend after body found in Altus