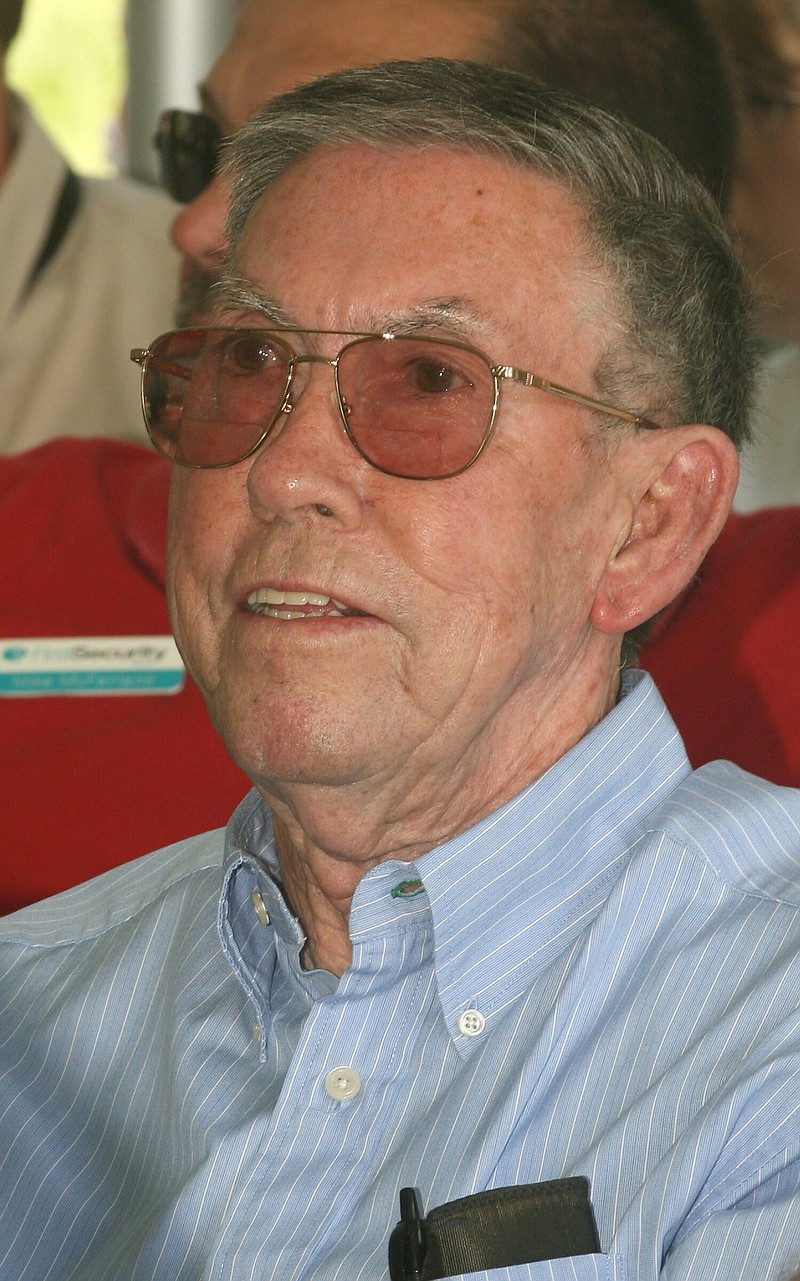 I thought very highly of Springdale's Bobby Hopper. He was a kind man who liked to laugh. He truly cared about other people.

I rarely crossed paths with Bobby and his wonderful wife, Lois, the past 20 years but when he passed away a few weeks ago at age 89, fond memories of the time I spent with him long ago flooded my mind.

Much older than me, I knew Hopper's name long before I actually met him. That's because he and his wife built and owned a Ford automobile dealership in Springdale and in the 1970s I often saw his trademark advertising phrase on billboards and in television commercials proclaiming: "Don't say Ford. Say Bobby Hopper Ford!"

It was mostly politics that introduced me to Hopper. We both signed on as volunteers to help Bill Clinton in his comeback campaign for governor in 1982. Our job was to organize and coordinate the Clinton campaign in Washington County. That's when I experienced the real joy of getting to know Bobby and Lois Hopper.

Throughout 1982, I was with Hopper often or talking to him on the phone. We worked hard on the campaign and had fun doing it. So did the hundreds of other people from Northwest Arkansas who enthusiastically enlisted to help.

But as hard as the rest of us worked on the campaign, no one worked harder or made more of a difference than the Hoppers. In addition to helping Clinton in Northwest Arkansas, the Hoppers got him a lot of votes in the Baxter County area (Bobby was from Cotter and Lois is from Mountain Home).

Clinton ran a tremendous statewide race in 1982, becoming governor of Arkansas again. In the opinion of many, it was his best campaign until the one he ran in 1992 to become president. Had he not won in 1982, there might never have been a presidential campaign 10 years later.

Hopper played a large role in that 1982 Clinton campaign, providing effective leadership on a daily basis, always exemplifying what it meant to do politics the right and honorable way. Our politics in Arkansas and elsewhere have changed dramatically over the past 40 years -- and clearly not for the better. We could sure use more people like Hopper in today's political realm.

Hopper had a successful business career and did a lot for Springdale during his life, leaving an indelible mark on the community he loved. But it was through his 16 years of service on the Arkansas Highway Commission where he left his biggest imprint of all. He was the longest-serving highway commissioner in Arkansas history and the first commissioner to serve two terms as chair of the commission.

Shortly after Bill Clinton was sworn in as governor in January 1983, he called me at my law office to ask a question. He wanted to know if I had any interest in being appointed to the Arkansas Highway Commission. I thanked him for the call but told him to remove my name from consideration, explaining that as a young lawyer I needed to devote my full attention to a busy law practice. Governor Clinton quickly responded: "I sure am glad to hear you say that because I've already decided to appoint Bobby Hopper."

We both laughed. I told the governor he had made a wise decision and that Hopper was the right person for the job. And for the next 16 years he proved it every day. The fact is had I been governor, Hopper would have been my pick for the appointment.

In an official statement from the office of the former president of the United States, Clinton offered these words following Hopper's death: "Bobby was a remarkable person -- a good man, a great friend, a model citizen and one of the finest and most effective Highway Commissioners ever ... I loved him. ... We need more people like him in public life."

It was Hopper's dream to make what is now Interstate 49 a reality and his leadership, perseverance and vision as a highway commissioner were instrumental in making it happen. His tireless efforts to improve our state's transportation system and to enhance economic development will forever benefit Northwest Arkansas in profound ways.

The Highway Commission honored Hopper by placing his name on the Shield Hopper Bypass in Mountain Home and the Bobby Hopper Highway in Cotter.

And then there's the tunnel in the mountains named after him. The next time you drive through the Bobby Hopper Tunnel on I-49 remember the man himself and all he did during his lifetime to make Arkansas better.

Print Headline: A life of influence