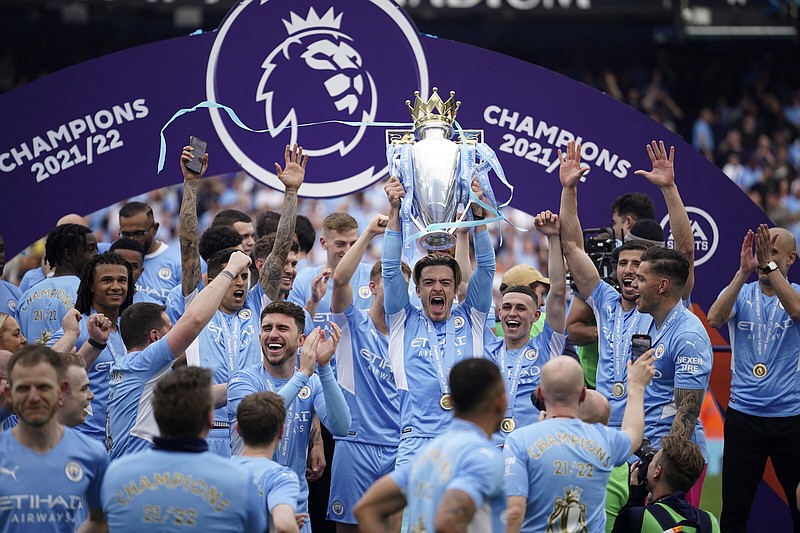 Peter Drury's voice has been synonymous with the Premier League for over 20 years. As he embarks on his first season as NBC's play-by-play announcer, his new bosses have made one thing clear -- don't change the style.

"That's a very strong message I get," Drury said as he prepared for the opening weekend of games. "I'm not thinking of myself necessarily as speaking to any other audience than I already have done over the years. It's my job simply to tell the story of the game. That doesn't change whether I'm in the UK or America, or anywhere else in the world.

"It's very clear that the American audience does not want a patronizing Englishman talking down, assuming that he or she has to have the game explained to them. The relationship has got way beyond that."

Drury takes over for Arlo White, who called NBC's coverage of England's top soccer league since they acquired the rights in 2013. White is the lead announcer for the LIV Golf Series and calls some games for Major League Soccer's Chicago Fire.

While casual observers may not be familiar with Drury, he is known by diehard fans. He has been calling the top Premier League games since 1998, recently on the league's world feed. Drury was also the main announcer for CBS Sports coverage of the Champions League.

Pierre Moossa, the coordinating producer for NBC's Premier League coverage, described Drury as an incredible wordsmith who can make an audience appreciate and understand what is going on during the match.

"He has such a warm, welcoming and inclusive voice and way of narrating that I think people are going to really enjoy, especially early in the mornings," Moussa said.

Drury will team with Lee Dixon and Graeme Le Saux for three games on the opening weekend. They will call today's opening match between Crystal Palace and Arsenal on USA Network, Everton hosting Chelsea on Saturday (also on USA), and Sunday's match between defending champion Manchester City and West Ham, which will be streamed on Peacock.

NBC will not carry any matches this weekend due to their coverage of the Women's British Open. Their first game will be on Aug. 13 when Brentford hosts Manchester United.

On most weeks, USA will have at least four games with one on NBC and the remainder only on Peacock.

It is also a milestone season for NBC, as it begins its 10th season carrying the Premier League. NBC agreed to a six-year renewal of broadcast rights last November. The deal is worth an average of $450 million per season, well above the $250 million, three-year agreement NBC signed in 2012. The previous six-year deal, which began in 2016, was worth $1.1 billion, an average of $183.3 million per season.

Studio host Rebecca Lowe said the biggest difference she has seen is that soccer no longer feels like a niche sport in the U.S.

"This is mainstream now. For many, many decades we all know that America has been saying soccer is coming, soccer is coming. Soccer is now here," Lowe said. "When I moved over in 2013, I would see the odd football shirt maybe in a park or airport. Now I would say going about my daily life here in Northern California, I see Premier League shirts on a daily basis. A Man City fan just walked into the Starbucks where I am sitting. It happens all the time." 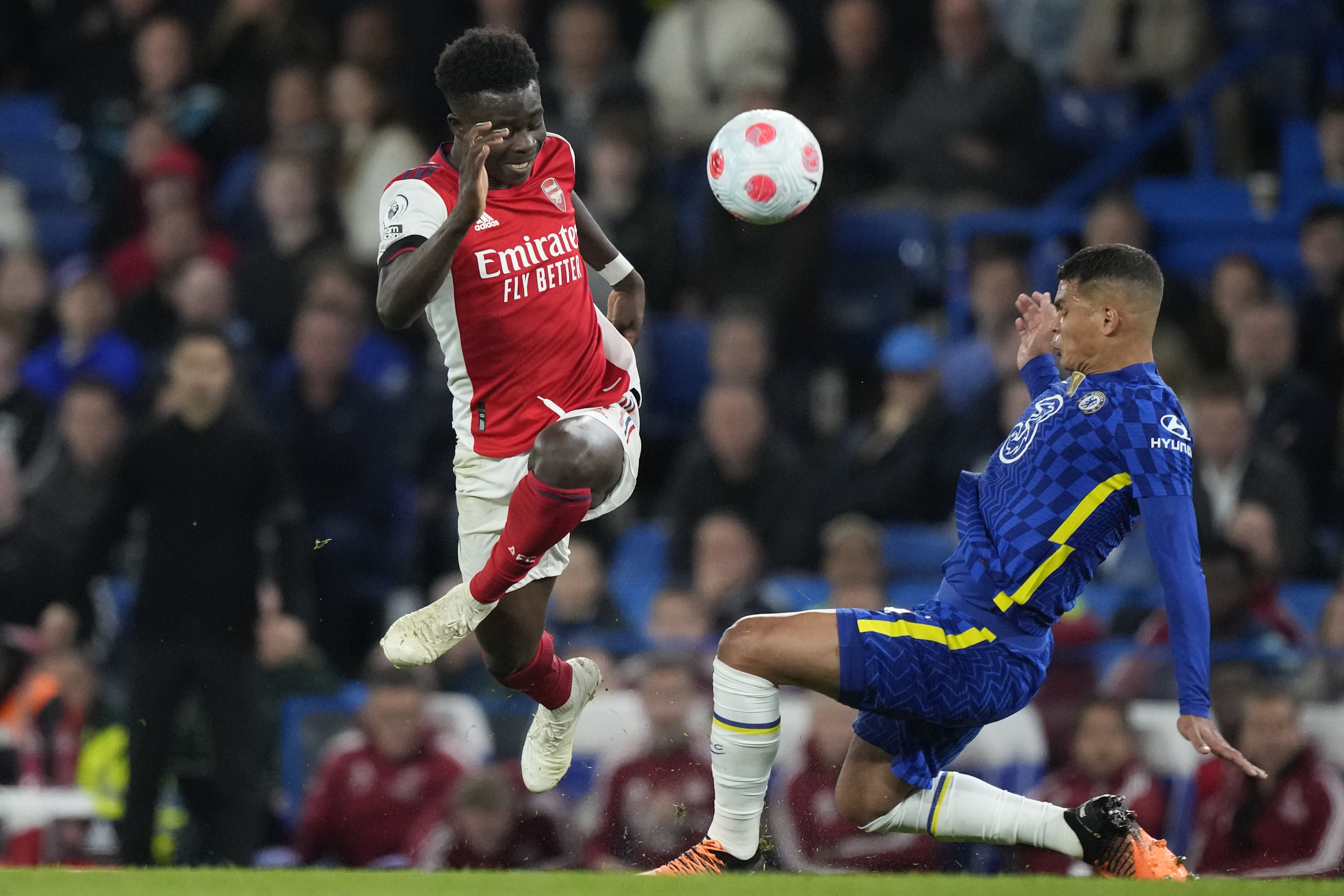 FILE- Arsenal's Eddie Nketiah, left vies for the ball with Chelsea's Thiago Silva during the English Premier League soccer match between Chelsea and Arsenal at Stamford Bridge in London, on April 20, 2022. NBC celebrates a milestone this weekend when it begins its 10th season of covering the Premier League. (AP Photo/Frank Augstein, File) 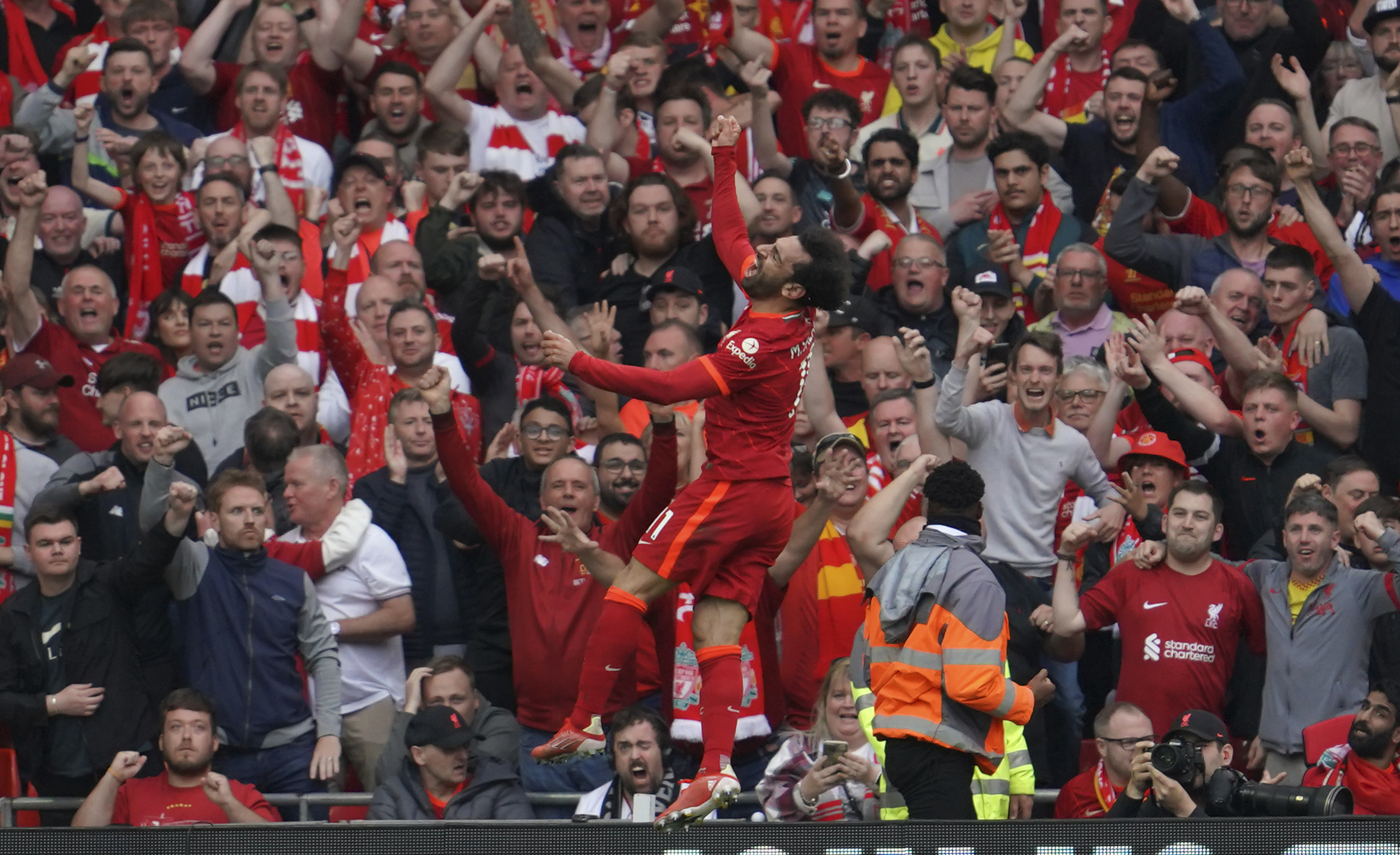 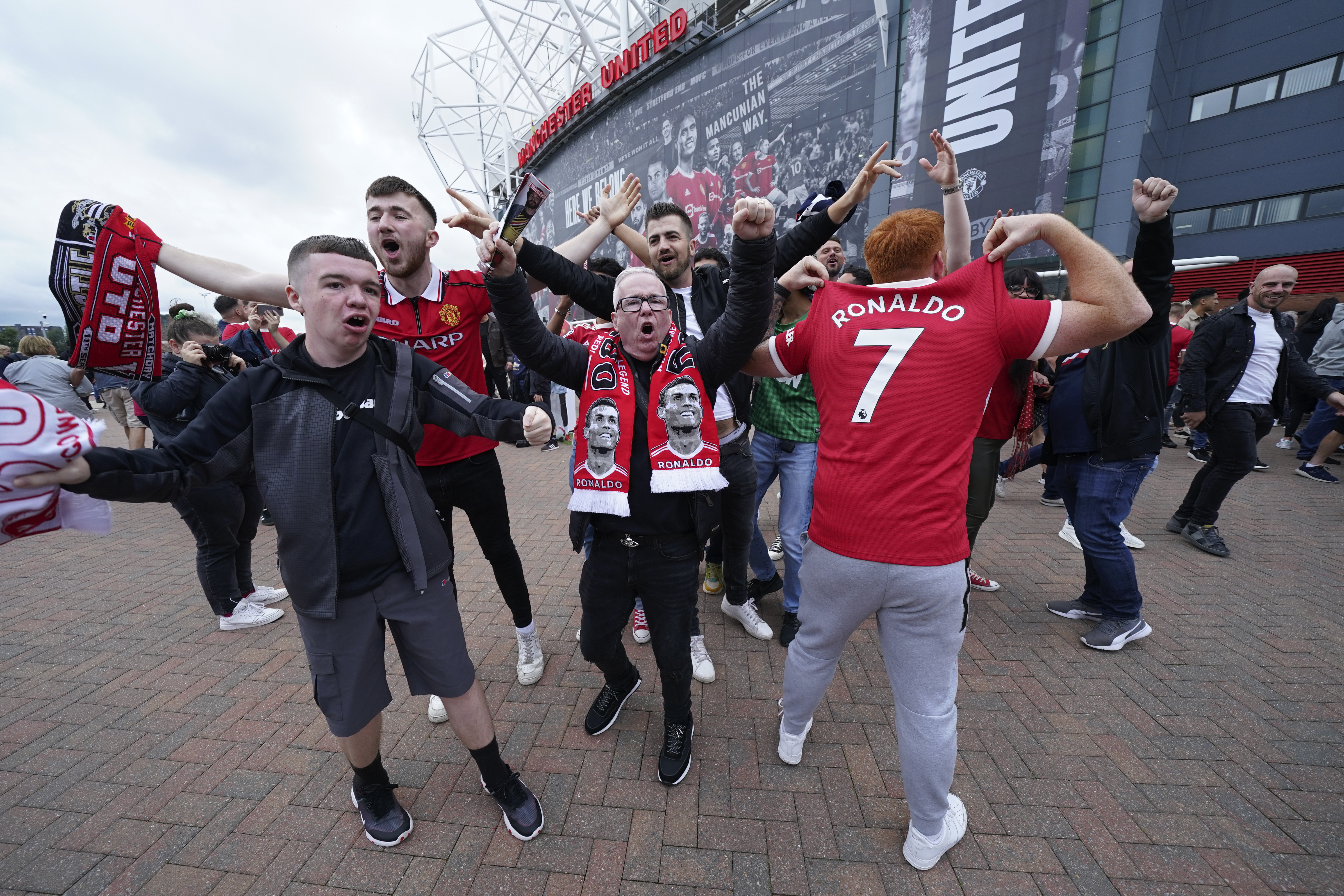 FILE - Fans wearing shirts and scarves of Manchester United's Cristiano Ronaldo cheer outside the stadium before the English Premier League soccer match between Manchester United and Newcastle United at Old Trafford stadium in Manchester, England on Sept. 11, 2021. NBC celebrates a milestone this weekend when it begins its 10th season of covering the Premier League. (AP Photo/Jon Super, File)