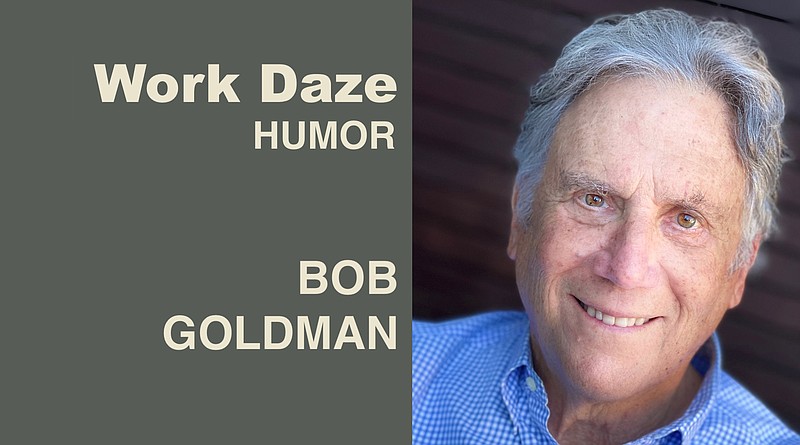 Remember when sneaking out of work a few minutes early on a Friday afternoon after a busy week and before a relaxing weekend was a risky proposition?

Some courageous employees actually left after lunch. Some left well before lunch, but those were the real masters of workplace deception, fearless souls who left jackets on their chairs and hastily scribbled "be right back" Post-its on their computer screens before sneaking out the back door and walking briskly to the nearest bus stop, train station or bar.

Today, no one cares when you stop work on Fridays, because no one starts work on Fridays. Or not many. That's what I learned from "Nobody Wants to Be in the Office on Fridays," a recent article by Abha Bhattarai in The Washington Post.

As Bhattarai explains, "the last day of the workweek, once synonymous with long lunches and early departures, has increasingly become a day to skip the office altogether. The trend, which was already brewing before the pandemic, has become widely adopted, even codified, in recent months and is creating new challenges for employers."

Desperate to lure back the 70% of office workers who didn't "swipe in" on Fridays in June — a figure provided by Kastle Systems, a building security firm — employers are bending over backwards to turn Fridays into fun days.

"There are taco trucks and wine carts," Bhattarai writes, "costume contests and karaoke sing-offs, all aimed at getting workers to give up their couches for cubicles."

(Note to management: If you think watching the HR department dress up as demented clowns and karaoke their way through Harry Styles' greatest hits is a way to get employees back to work, you're not challenged; you're crazy.)

Some firms have thrown in the towel altogether; they are "moving to a four-day workweek that runs from Monday to Thursday." As will be no surprise, the businesses that are canceling Fridays are mostly small, startup tech companies. Large, traditional employers are more likely to cling to the wacky idea of a five-day workweek for a five-day salary, though accounting colossus KPMG has seen it in their teeny-tiny hearts to let employees "clock out for the weekend at 3 p.m. on Fridays in the summers." But only, I assume, if they've polished their eyeshades and sharpened their pencils for a productive, pre-dawn start on Mondays.

For me, the battle over Fridays is based on a major miscalculation. The truth is -- Fridays are, and have always been, the best days to be at work. The sight of you slaving away at 5 p.m. and beyond, on a Friday, while the rest of the office is emptying out, will be so shocking that management is sure to ignore the fact that on Mondays, Tuesdays, Wednesdays and Thursdays, you hardly do any work at all.

Throw in free tacos and working on Fridays is a slam-dunk.

Of course, if you do want to skip a day of work, the day to choose is obviously Wednesday.

You definitely want to work on Mondays, when everyone is so depressed that you'll have no shortage of avid listeners to your well-worn monologue of grumbles and gripes. Your managers will not have recovered from their weekend of pounding back foie gras and hobnobbing with C-suite A-listers on Tuesdays, so no one over your head is likely to be on your case. And the people who used to sneak out early on Fridays are now sneaking out early on Thursdays, making it also a great day to work, with no one to bug you about silly stuff, like deadlines and due dates.

On Wednesdays, your managers have woken up from their post-weekend stupor. Your co-workers, realizing they've been back to work for two whole days and have accomplished nothing, are likely to put the pedal to the metal, skipping lunch, working late, churning out emails, attaching spreadsheets, calling meetings, scheduling off-sites and expecting you to do the same.

The bottom line here is to let your co-workers and your managers play their little games of corporate hide-and-seek with Fridays. You work Fridays. You eat those free tacos. You sing along with the karaoke kids from IT (Pro tip — you really can't beat "Ice, Ice Baby" by Vanilla Ice).

Your co-workers will hate you, but your bosses will love you. And who knows — you may even like working on Fridays so much, you'll decide to work Saturdays, too.

Bob Goldman's humor column appears occasionally in Style. Goldman was an advertising executive at a Fortune 500 company. He offers a virtual shoulder to cry on at

Print Headline: The practice of taking Fridays off is taking off