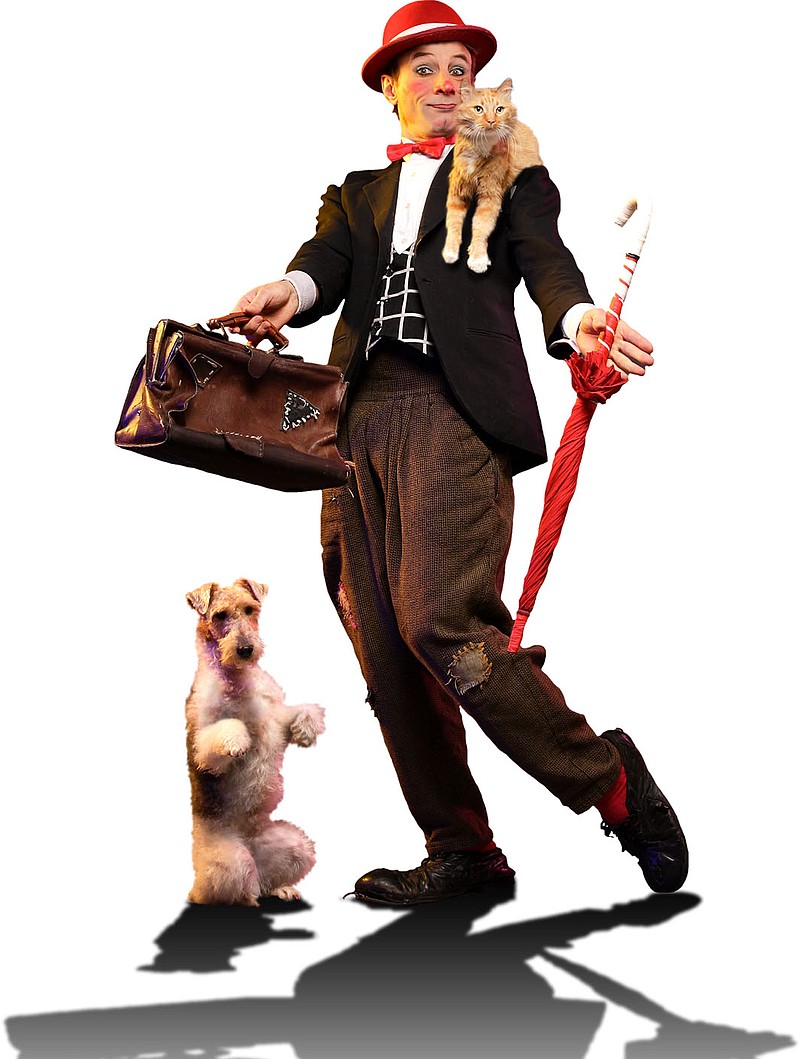 “I’m always trying to build communication with the pets, see their natural habits,” Gregory Popovich explains about working with his rescue animals. He finds that the animals are easier to work with than humans. (Courtesy Photo)

Gregory Popovich knows as much about keeping kid's attention as he does his pets. As my 4-year-old and I sat down Thursday evening to watch Popovich Comedy Pet Theater at the Walton Arts Center, my son decided to cover his face with the program and declared that he wasn't going to watch it. Coaxing him to look around the room before the show was fruitless. He was on a mission to have no fun.

However, when the lights went down and the first cat ran across the stage, the program hit the floor and my tiny fun avoider couldn't take his eyes off the stage, or the spotlight -- it was his first time seeing one of those. He delighted in watching the cats, dogs, birds, a pig and even hamsters perform tricks on the Baum Walker stage. The running cat crossing the stage tickled him every time. He was on his feet (getting too close to the seats in front of us) as Popovich walked with a ladder and then juggled from the top of the ladder. At times he even noticed that there was a story line and told me that players were "not nice" and that one character in particular "made a bad choice." Then just as he looked at me and said, "when's this going to be over," it was like magic. You see, Popovich is a pro. He knows that kids won't sit there longer than an hour.

Aside from watching my son get so much joy from watching the show (he had to put on his own "performance" before school this morning), my favorite part of Popovich's show was that all of the animals -- cats, dogs, pig, birds, parrot, miniature horse, ducks -- are rescues. He even makes a point at two different parts of the show to highlight that homeless animals need our help, and once they come into our lives, those animals enhance our worlds in so many ways.

The show was one-night-only at the Walton Arts Center, but you can read more about Popovich here: