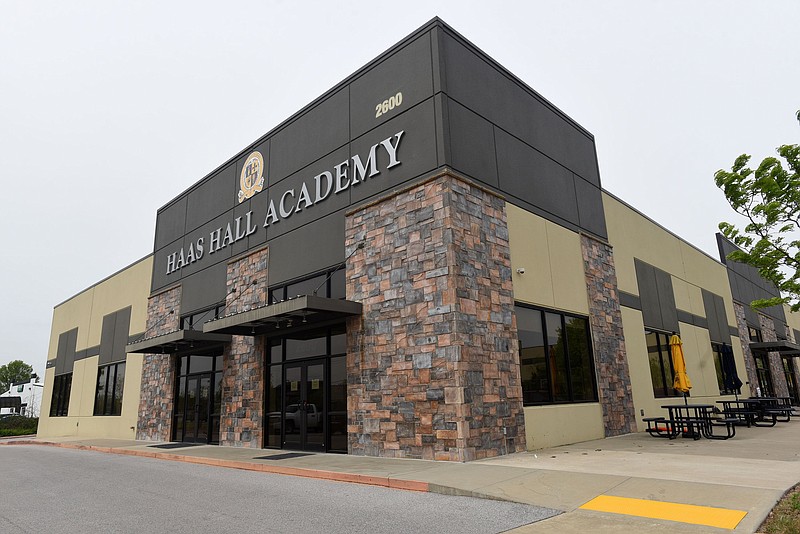 Arkansas' top three public high schools are all in the northwest corner of the state, according to U.S. News & World Report's latest rankings, released Tuesday.

Haas Hall Academy in Fayetteville once again leads the state and is 13th in the national ranking for high schools, after placing 50th on last year's national list.

"Our successes are because of our highly qualified faculty, engaged scholars and dedicated parents," said Martin Schoppmeyer, superintendent and founder of the school.

Schoppmeyer said he was pleased to see the school's national ranking improve this year.

"It goes to show hard work pays off," he said.

The school, managed by ResponsiveEd Solutions of Lewisville, Texas, is opening a second campus in Rogers in August.

"It makes my heart proud because on a daily basis, I see what our teachers do; they work so hard," said Principal Jack Loyd. "This is the fruits of their labor."

LISA Academy North High School in Sherwood ranked fourth in Arkansas and 648th in the nation.

"We are very pleased that LISA Academy North High School has been recognized again by U.S. News as a top school, being ranked as No. 1 in Central Arkansas and No. 4 in the state," LISA Academy Superintendent Fatih Bogrek said. "This recognition represents the continued success that has been achieved through a strong college prep STEM curriculum and an engaging extracurricular program."

The rest of the state's top 10 in the 2022 rankings, with national ranking in parentheses, were:

The U.S. News rankings include data on nearly 24,000 public high schools in 50 states and the District of Columbia, including 292 high schools in Arkansas. The rankings encompass not only traditional high schools but also charter; magnet; and science, technology, engineering and math-focused schools, according to the publication's website.

College readiness specifically measures participation and performance on Advanced Placement and International Baccalaureate exams, and underserved student performance focuses on students who are Black, Hispanic or from low-income households. For the first time, science proficiency and performance was also incorporated into the methodology for states where science assessment data was available, according to the release.

U.S. News worked with RTI International, a global research firm, to implement the methodology. More information is available at www.usnews.com/education.