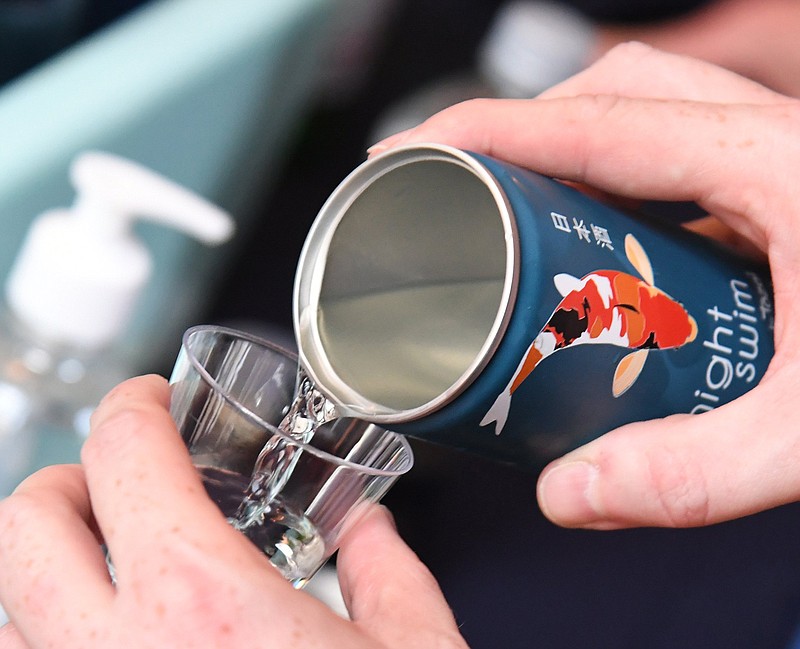 HOT SPRINGS -- After 15 years of effort, the dream of opening a sake brewery in Hot Springs will soon be a reality for two Arkansas men.

Matt Bell, owner and CEO of Origami Sake, and Ben Bell, no relation, vice president of the company, recently gave The Sentinel-Record a tour of the brewing facility currently under construction at 2360 E. Grand Ave.

Ben Bell said he started working toward the idea in 2007 when he "started home-brewing with a friend of mine."

In 2012, he met Mary Zunick, executive director of the Hot Springs Sister City Foundation, but by then he had already been to Japan and trained at a sake brewery for a couple of weeks.

"Because I went to high school at the Arkansas School for Math, Science and Arts, it was at an alumni meetup that somebody said, 'Hey, did you know that we have this sister city in Japan?' and I said, 'No, you know, but that's interesting,'" Ben Bell said.

"I wondered if our sister city (Hanamaki) would have any kind of connection to sake, so I looked it up and it just happened to be home of the Nanbu Toji Brewing Guild, which is the biggest, most famous sake brewing guild in all of Japan and then I'm like 'Oh, wow. There's got to be some kind of connection there that maybe something can be done with it,'" he said.

He got in touch with Zunick and discovered "she had been thinking about and talking about the exact same thing on their end," he said.

His interest in sake started when he was working at Colonial Wines & Spirits in Little Rock and they got in "one really good bottle of craft sake," he said.

"I didn't really know anything about sake, and I was focused more on wine at the time and so I took it home, drank it like a white wine, you know, I chilled it, had it out of a white wine glass and I was just really impressed with the quality," he said.

"I was surprised and I thought 'I wonder if there's more to this category?' and then what really kept me on with that was this idea of, well, you know, it may be this interesting unknown category, but also Arkansas is the rice state and maybe there's a connection there," Ben Bell said.

"And that's also around that time that I met the Isbell family, who's growing sake rice in Arkansas," he said.

In 2014, the Sister City Foundation sent Ben Bell to Hanamaki as an intern, and over the next two years, he learned the art of sake brewing.

In Japan, brewing sake is seasonal and usually done in the winter months, which are the best for brewing high-quality sake, Ben Bell said, "like good slow cold fermentation and then you can expand the season kind of around that."

He said he worked two seasons at a "fantastic sake brewery, Nanbu Bijin" and in the summer, because it is usually the off-season, they offered to let him stay and learn how to farm the local sake rice.

Ben Bell said he decided step away from the brewing project in 2018, but Matt Bell decided to keep it going.

"Matt and I had talked before about this project. He was aware of something I was working on and I think even though I left, Matt just really believed in this being a great business for Arkansas as this value to add on top of our rice industry, you know, making the sake, so he just kept, sort of took it on himself and was really pushing, working on a plan and came up with a really great plan and brought it back to me and then I basically just joined back on with him," Ben Bell said.

"So I met Ben probably six or seven years ago, and he told me about his dream to do this and back then when he told me I said 'Let me know when you get it ready, I want to invest in it, it's a great idea,' it's a natural fit for the state of Arkansas with our rice production, with Hot Springs water and when he mentioned that this should be the Napa Valley of Sake, it clicked, and I agree," Matt Bell said.

"After understanding kind of his vision for this, I knew there was a place for it, and in Japan there's about 1,500 sake breweries. In the United States there's only 15, so it's a very underserved market, so I was going to do the project either way," Matt Bell said.

"However, in the back of my mind, I always wanted Ben to come back so we kept in communication," he said. 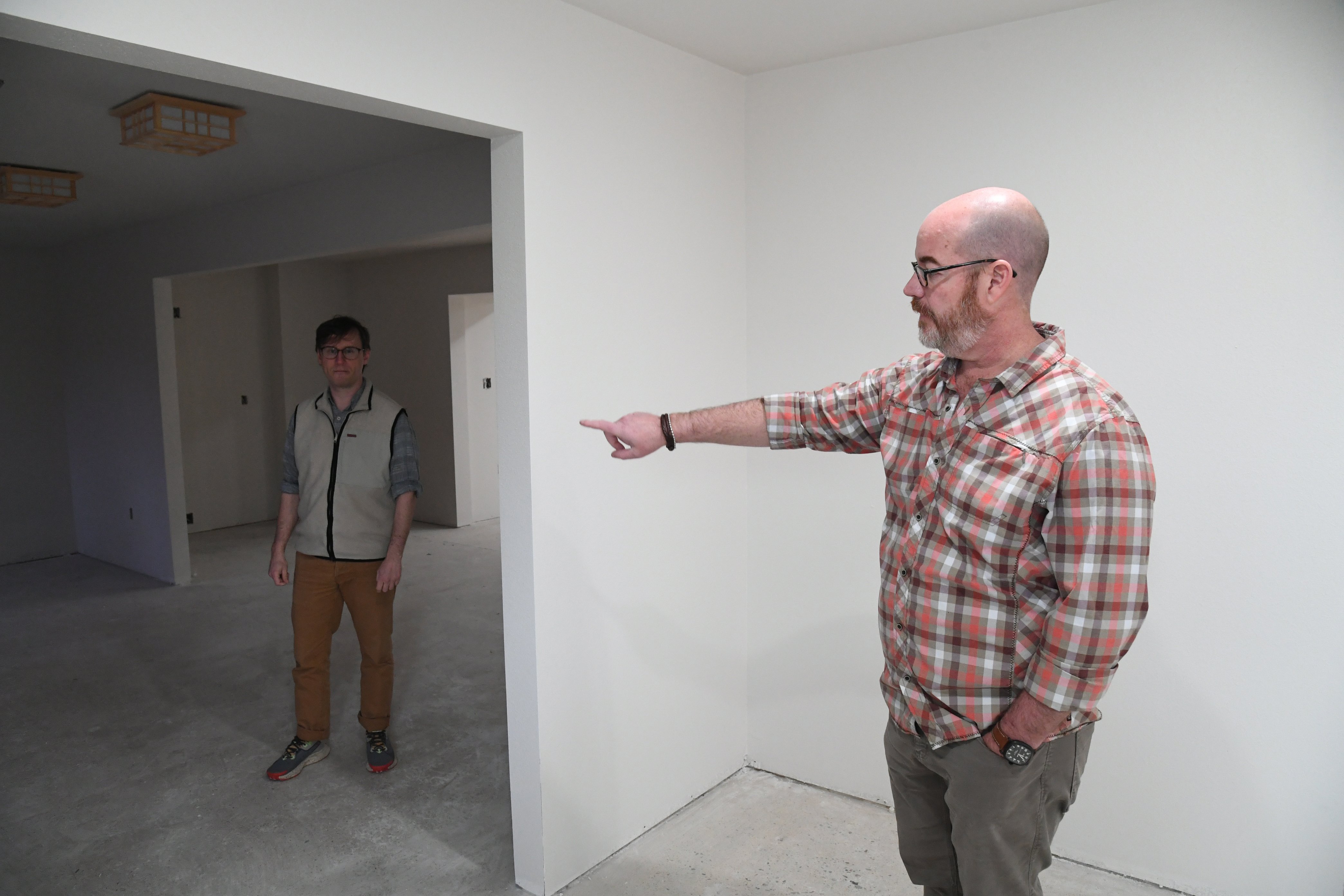 Matt Bell, right, owner and CEO of Origami Sake, and Ben Bell, left, company vice president, give a tour of the facility they are renovating for the brewery. - Photo by Tanner Newton of The Sentinel-Record 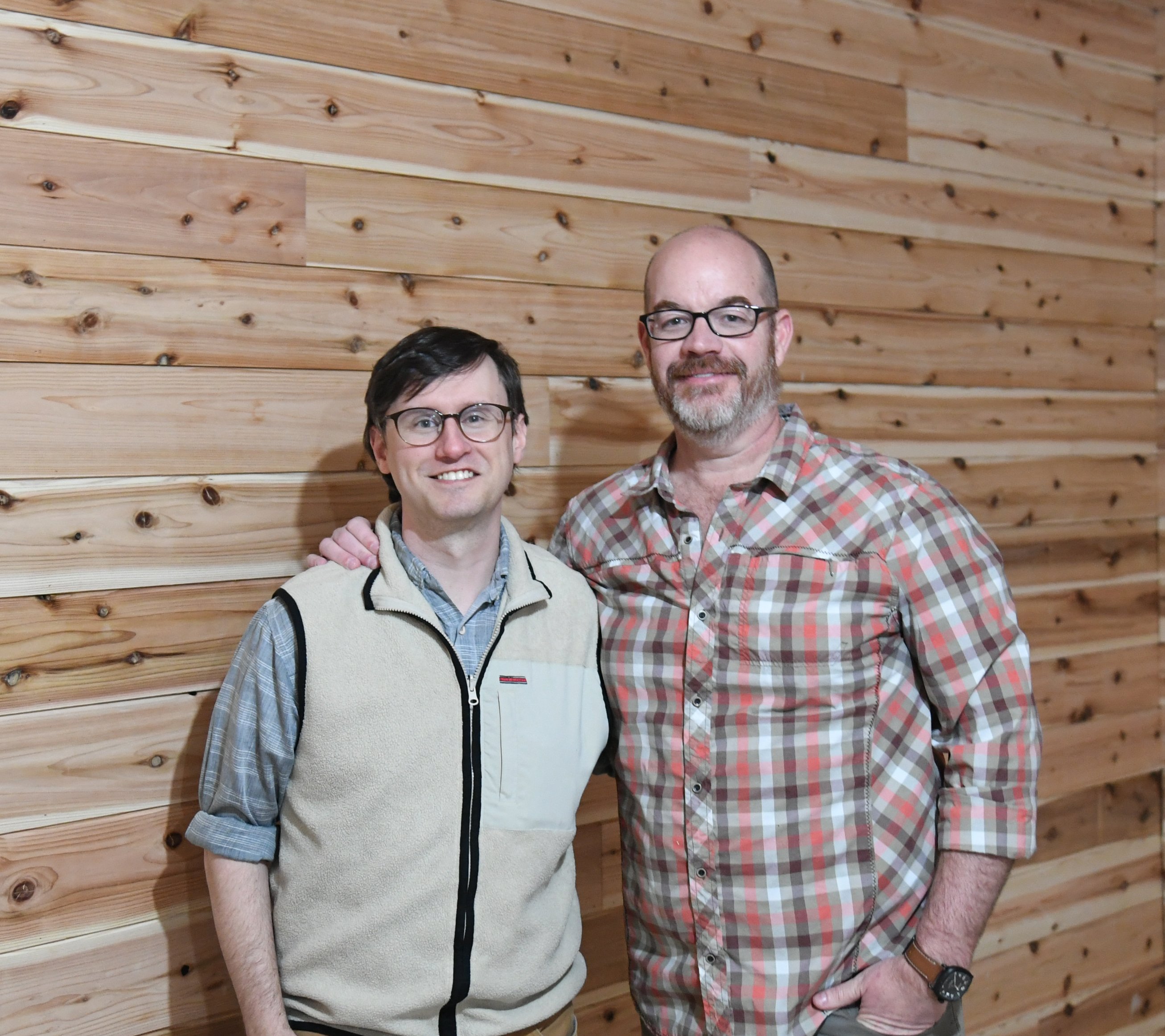 Ben Bell, left, vice president of Origami Sake, and Matt Bell, owner and CEO, are shown in the building where they will brew their sake. - Photo by Tanner Newton of The Sentinel-Record
More News