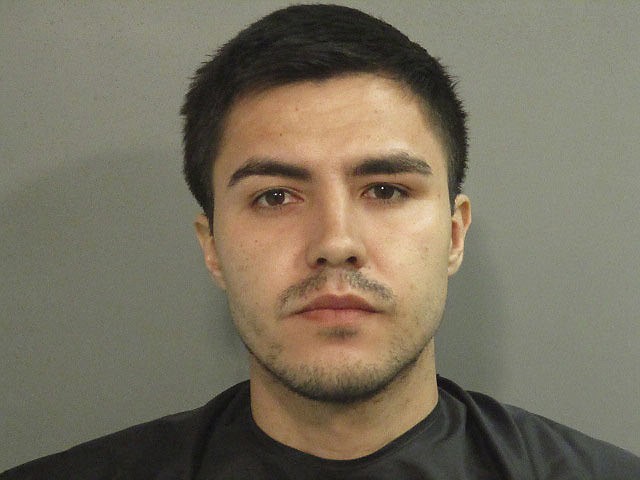 SPRINGDALE -- A Fayetteville man has been arrested in a drug investigation in which detectives seized heroin, methamphetamine, real and counterfeit fentanyl and counterfeit oxycodone pills, according to a news release.

Rigoberto Duran de Leon, 23, is being held in the Washington County Detention Center on $350,000 bond. Duran de Leon was booked into the jail Sept. 22 in connection with drug trafficking, possession of drugs with intent to deliver and possession of drug paraphernalia. He is set to appear in court on Oct. 27.

Detectives with the 4th Judicial District Drug Task Force learned in September of a heroin trafficker operating in the Springdale area, according to a news release from the Springdale Police Department. The detectives bought drugs over the next few weeks and identified the source of the heroin.

Detectives found Duran de Leon on Sept. 22 and, during a traffic stop, found a large quantity of black tar heroin in individual balloons separated for distribution as well was some counterfeit oxycodone/fentanyl pills, according to the release.

Detectives searched a storage unit in Springdale on Sept. 23 to which Duran de Leon had access, according to the release. They found additional amounts of heroin, methamphetamine, counterfeit oxycodone/fentanyl pills and suspected powder fentanyl.