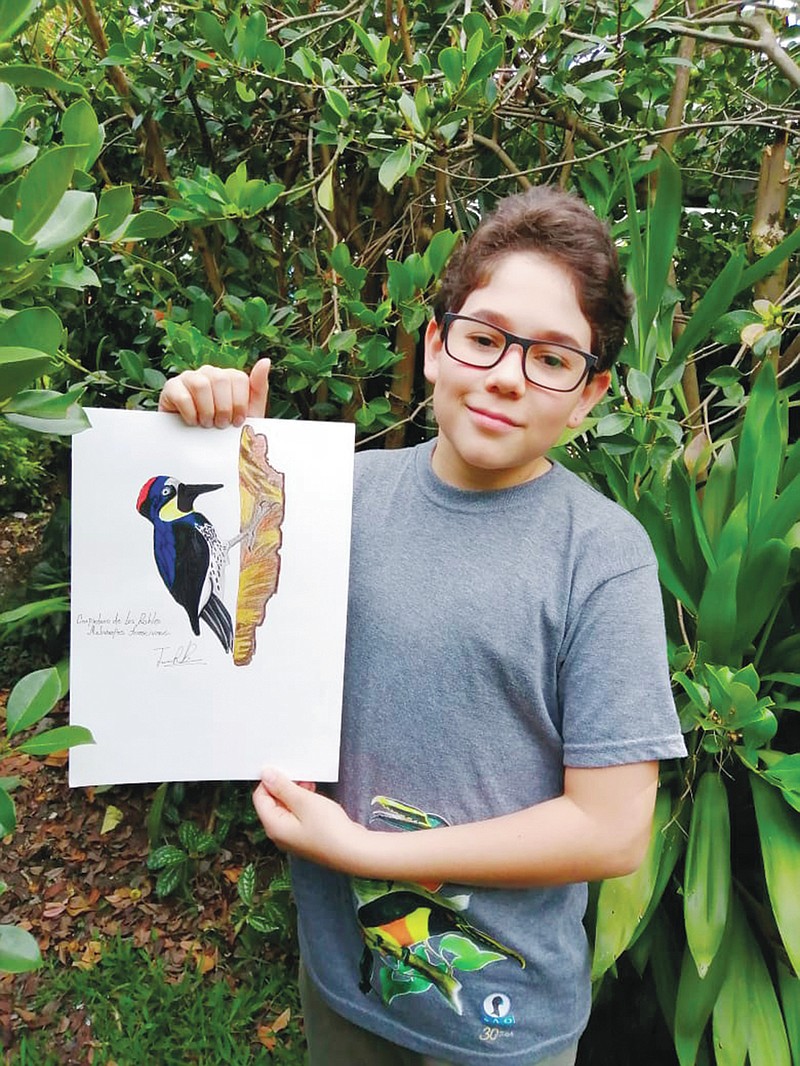 In this Aug. 2020 photo provided by Johana Reyes Herrera, Jacobo Rendon, 14, poses with his illustration of an Acorn Woodpecker in his backyard in El Camino de Viboral, Colombia. Rendon has been working on a photographic and illustrated bird guide that he plans to donate to a local cultural center. (Johana Reyes Herrera via AP)

EL CARMEN DE VIBORAL, Colombia -- Jacobo Rendon, 14, began setting out in March 2020 with his ornithologist mother on a mission to spot, count and record the birds they saw in their Colombian town of El Carmen de Viboral. Working with binoculars and a borrowed camera, they figured it could make for a nice science fair entry.

But after classes went virtual because of coronavirus lockdowns, he turned what had been a mere school project into a labor of love: a photographic and illustrated guide to the area's urban avian life that the teen plans to donate to a local cultural center.

He hopes the guide will inspire others to illustrate and help preserve birds -- "especially young people, because we're the ones who'll be here in the coming years," Jacobo said. "We're going to be responsible for our planet."

The project recently earned Jacobo recognition from the Action for Nature nonprofit as one of its 2021 International Young Eco-Hero winners, an award honoring young environmental activists "for solving the world's most critical environmental issues."

The reaction has been overwhelming.

After he posted a video online, donations poured in unasked along with encouraging messages from strangers around the world, and a nature photographer volunteered his time to give him a free lesson.

When Jacobo offered to draw birds for people to raise more funds for the project, he was kept busy with commissions for months. In just a couple of weeks, he brought in more than $1,000 to buy his first camera, colored markers and other materials.

"That people support these projects shows that people are generous, that they want to invest in the environment, that they can be moved by young people like myself ... and encouraged to donate," he said.

Jacobo knows dozens of birds by name and has grown up drawing them after school. In an interview conducted remotely by video, he proudly rattled off the scientific names of several of them and showed off some of his favorite illustrations, including the first guide entry -- a flame-rumped tanager -- and another of a sparrow hawk.

Johana Reyes Herrera, Jacobo's mother, said she is proud of their work to raise awareness in one of the world's most biodiverse countries.

"It has also been the motto of our home, our family -- being able to serve the community," Reyes Herrera said. "The fact that he's doing it, and that he's in line with this thought, makes his dad and me very happy." 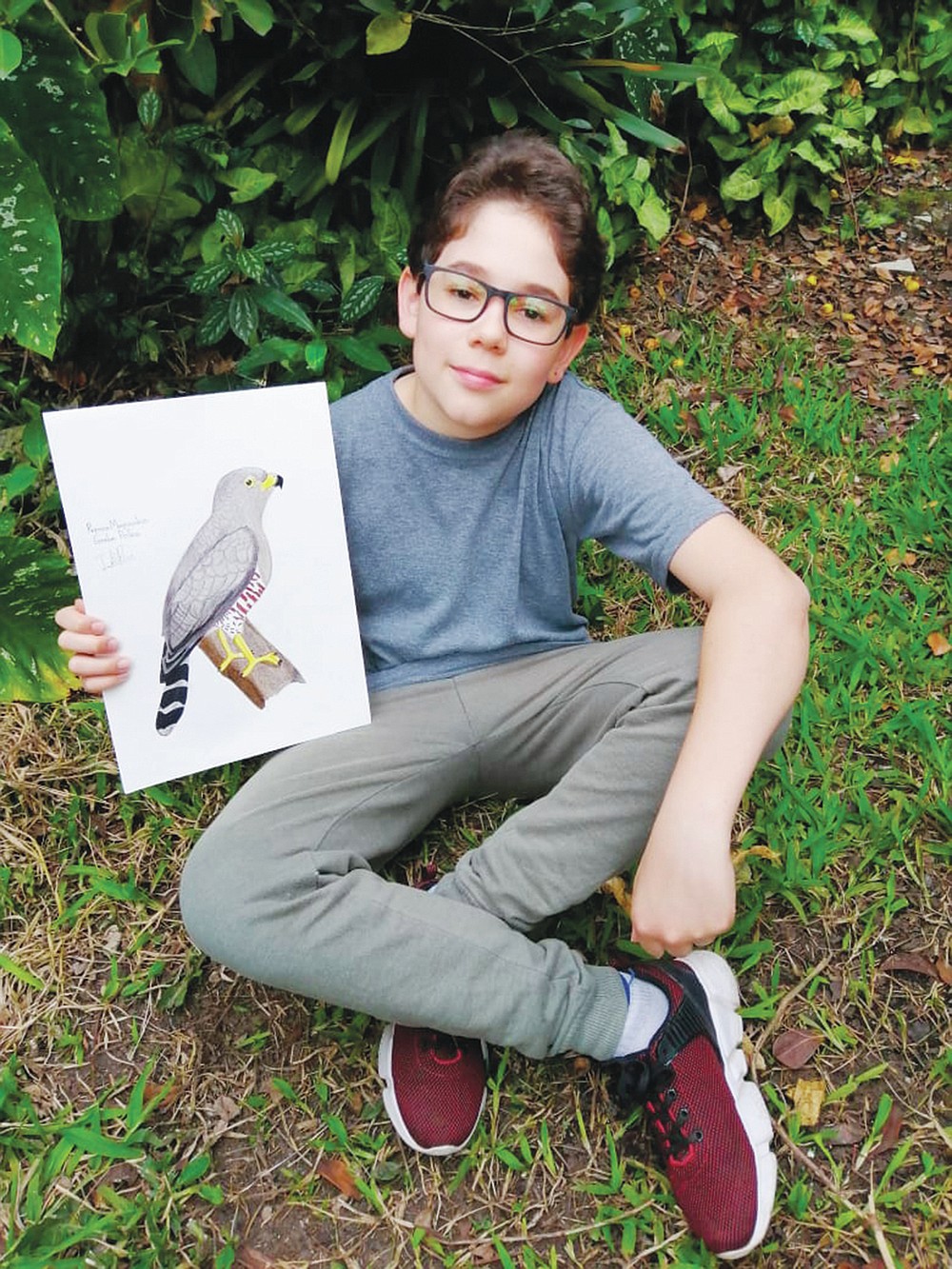 In this Aug. 2020 photo provided by Johana Reyes Herrera, Jacobo Rendon, 14, poses with his illustration of an Roadside Hawk in his backyard in El Camino de Viboral, Colombia. Rendon has been working on a photographic and illustrated bird guide that he plans to donate to a local cultural center. (Johana Reyes Herrera via AP)