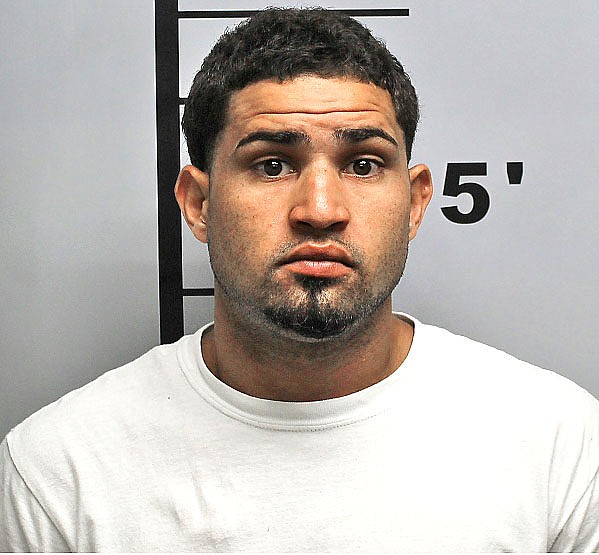 BENTONVILLE -- A Springdale man was arrested over human remains that were found in 2020 near Decatur.

Luis Guillermo Rodriguez-Martinez, 26, was being held Tuesday in the Benton County jail in lieu of $200,000 bond. He was arrested Saturday on accusations of hindering apprehension, abuse of a corpse and tampering with physical evidence. Prosecutors haven't filed formal charges against him.

The arrest stems from the discovery of skeletal remains on March 27, 2020, near West Mountain and Limekiln roads. The remains were sent to the state Crime Laboratory and identified as Kevin Gonzalez, according to a probable-cause affidavit.

Gonzalez, 25, had been reported missing to Decatur police. He was last seen April 12, 2019, according to court documents.

Much of the arrest affidavit of Rodriguez-Martinez was redacted, so most details concerning the arrest aren't available.

Rodriguez-Martinez was interviewed Friday at the Benton County sheriff's Office, according to the affidavit. Details of the interview were redacted.

The affidavit states Gonzalez was standing in a living room when he was shot.

Print Headline: Springdale man in custody over skeleton found in 2020