This combination photo shows Mike Richards, left, in the pressroom at the 43rd annual Daytime Emmy Awards on May 1, 2016, in Los Angeles and Mayim Bialik at a Celebration of the 70th Anniversary of Israel on June 10, 2018, in Los Angeles. Eight months after the death of beloved ?Jeopardy!? host Alex Trebek, the daily syndicated quiz show chose its executive producer as Trebek?s successor over a field of celebrity candidates. Sony also chose Mayim Bialik as emcee for ?Jeopardy!? primetime and spinoff series, including a new college championship.? (Photo by Richard Shotwell/Invision/AP)

• Jeff Bridges says his cancer is in remission and his covid-19 case is "in the rear view mirror." The actor posted the good news on his website Monday, saying his tumor shrank from 12 inches to the size of a marble. But Bridges also revealed that he and his wife, Susan Geston, were infected with covid-19 in January while he was undergoing chemotherapy. "Covid kicked my ass pretty good, but I'm double vaccinated & feeling much better now," he wrote. Bridges said his wife spent five days in the hospital, but he was stuck there for five weeks and was even "getting close to the Pearly Gates" at one point because his immune system was shot. Recovery was difficult, he said, and until recently he has needed oxygen support just to walk around. But he said that with the help of an excellent medical team, he was finally able to walk his daughter, Hayley, down the aisle and dance with her at her wedding to "a wonderful guy, Justin Shane." Bridges, 71, posted a video of the father-daughter dance, as well as a trailer for "The Old Man," a television series he's starring in and executive-producing. "I'm excited to get back to work," he wrote. Bridges has been an advocate for mask-wearing and social distancing since early in the pandemic, even doing a public service video for the hospital association of Montana, where he's a part-time resident, showing how far he stays away from The Dude, his character from "The Big Lebowski."

• Mike Richards' brief era on "Jeopardy" began Monday as the beleaguered game show dealt with the embarrassment of opening its 38th season with a host who its fans already know is toast. Richards stepped down as Alex Trebek's replacement last month and then was ousted as executive producer after it was discovered that podcasts he'd made in 2013-14 contained demeaning remarks about women and minority groups. His selection as host by Sony Pictures Television after a lengthy run of tryouts by other personalities was already unpopular with fans before the old podcasts surfaced. But his ouster occurred after he had completed a week's worth of taping shows for the new season, and Sony couldn't redo them without affecting the game's integrity. The Richards era will end after five shows; Trebek, who began in 1984, topped 8,200. "Jeopardy" next week will return actress Mayim Bialik as guest host before beginning another series of tryouts for a permanent replacement. Before Richards was introduced Monday, it was noted that Trebek's widow and children had been on hand for the stage's dedication to its old host, who died of cancer in October. "For the first time on the Alex Trebek stage, let's play 'Jeopardy," Richards said. 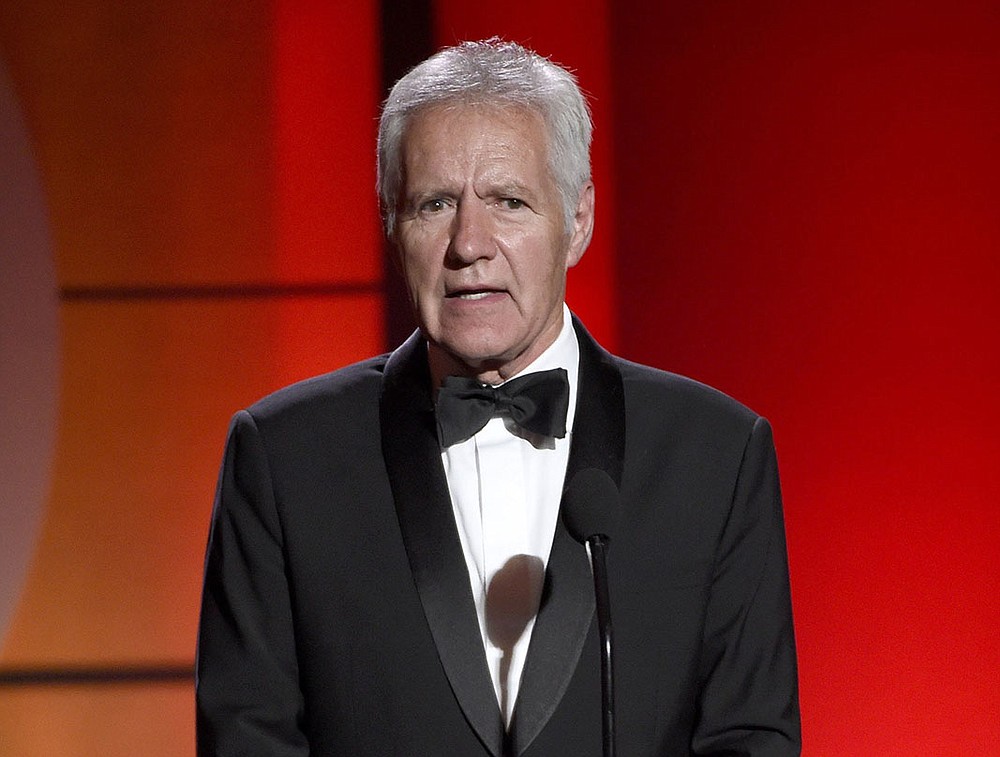 FILE - In this April 30, 2017, file photo, Alex Trebek speaks at the 44th annual Daytime Emmy Awards at the Pasadena Civic Center in Pasadena, Calif. The &quot;Jeopardy!&quot; host says his response to advanced pancreatic cancer treatment is &quot;kind of mind-boggling&quot; and his doctors say the 78-year-old is in &quot;near remission.&quot; Trebek tells People magazine he's responding very well to chemotherapy and the doctors have told him &quot;they hadn't seen this kind of positive results in their memory.&quot; Trebek says some of the tumors have shrunk by more than 50%. (Photo by Chris Pizzello/Invision/AP, File) 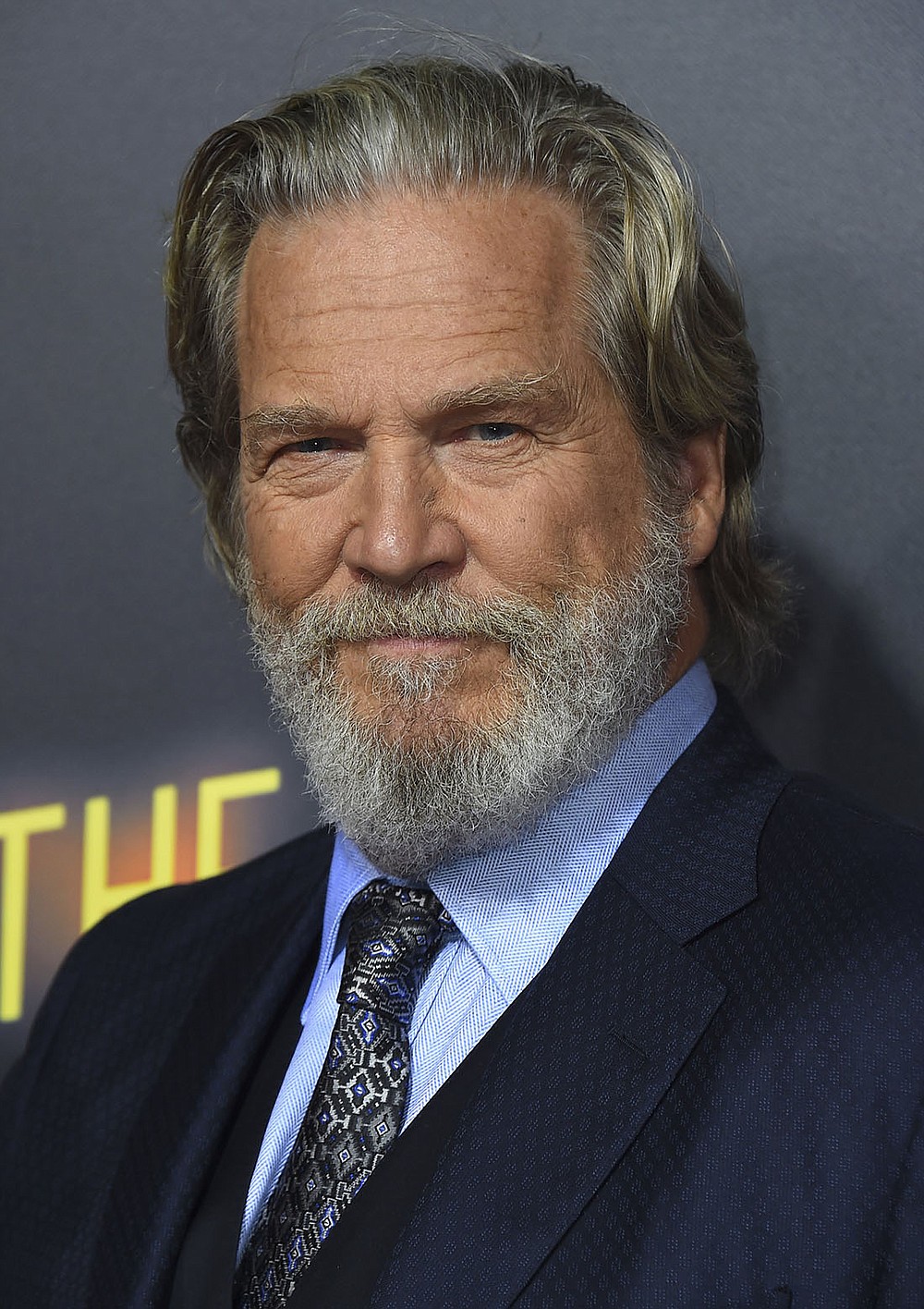 FILE - In this Sept. 22, 2018 file photo, Jeff Bridges arrives at the Los Angeles premiere of &quot;Bad Times at the El Royale.&quot; The Hollywood Foreign Press Association announced Monday that Bridges will be honored with the Cecil B. DeMille Award at the Golden Globe Awards ceremony on Jan. 6, 2019. The actor is known for starring in films including &quot;Crazy Heart,&quot;&#xf9; &quot;The Big Lebowski,&quot;&#xf9; &quot;True Grit&quot;&#xf9; and &quot;Hell or High Water.&quot;&#xf9; (Photo by Jordan Strauss/Invision/AP, File)