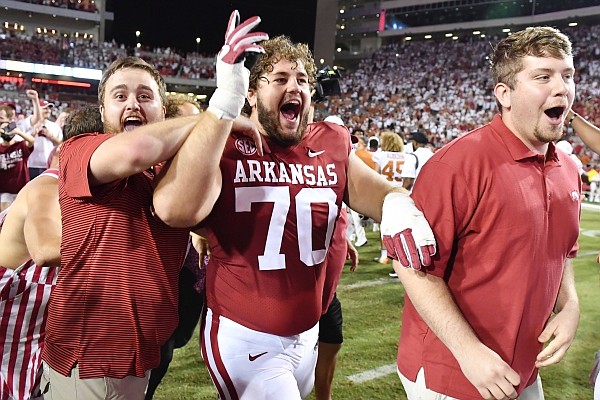 FAYETTEVILLE -- The University of Arkansas maximized the exposure afforded by its prime time ESPN-televised rout of No. 15 Texas on Saturday.

The Razorbacks' 40-21 snuffing of the Longhorns resulted in Arkansas being ranked in both major polls on Sunday for the first time since 2016.

Arkansas shot from not receiving any votes to No. 20 in The Associated Press Top 25 poll, the Razorbacks' first ranking in nearly five years, since November 2016. Texas fell out of the rankings.

Arkansas also debuted at No. 24 in the USA Today Coaches poll on Sunday.

Arkansas (2-0) plays host to Georgia Southern (1-1) at 3 p.m. Saturday at Reynolds Razorback Stadium. The game will be broadcast on the SEC Network.