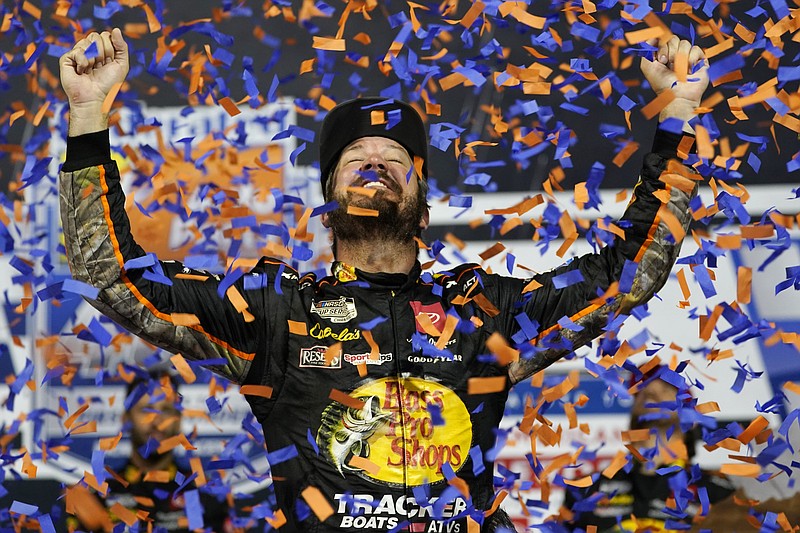 RICHMOND, Va. -- Two races into the NASCAR Cup Series playoffs, regular-season champion Kyle Larson is still the points leader, but the stable of contenders at Joe Gibbs Racing is making the most noise with victories in the last two races.

Martin Truex Jr. led a 1-2-3 parade of JGR Toyotas to the checkered flag on Saturday night at Richmond Raceway, and it wasn't just at the finish line where they dominated. Not much past the race's midpoint, they were running 1-2-3-4.

The return to winning ways is perfectly timed.

Truex's teammate Denny Hamlin, who finished second at Richmond, ended a 31-race winless drought in the playoff opener at Darlington, and Truex's victory, while his fourth of the season, came in his 16th start since the last one. It was during that winless spell that Larson really asserted himself, winning four times.

"Summer was tough," Truex said. "We had a lot of tough luck and a lot of crashes and got caught in the rain a few times. Some crazy things happened to us."

Like Hamlin the week before, Truex seemed to feel like a return to victory lane was all but inevitable based on his overall performance, despite the drought.

"In general, I think we felt good coming into the playoffs. We got a lot of questions about how we felt about our team, and I was straight up saying that I felt good about it. We had speed, and our guys are doing a great job," he said.

Larson, like Truex, needed to rally from the back. The Hendrick Motorsports star was sent to the back of the field before the race started for twice failing prerace inspection. Truex got sent to the back, too, on the opening lap when NASCAR determined that he took off before the pole sitter, Hamlin.

But Larson said expecting to win even before the penalty would have been unreasonable, especially because the 0.75-mile oval has vexed him a bit. He finished 18th in Virginia's capital in the series' first stop in the spring.

"As bad as we were the last time we were here, I think to have a win in your expectations would be difficult to do," Larson said after finishing sixth. "I think we exceeded what I thought we would do here."

Hamlin, meanwhile, did not. He had the most dominant car for much of the race, just like he did in the spring, and failed to cash in with a victory in either. He led 197 laps on Saturday and won both stages, just as he had in April when he led 207 laps.

Momentum, though, for him and his teammates is a positive.

"It's go time now. Ultimately it's the time where you've got to bring your best. JGR had fast cars for all of us today, and we just -- I really wish we would have got two in a row, but regardless, still a great day for our team," he said.

Christopher Bell finished third, and all three could have been witnesses to a victory by teammate Kyle Busch if Busch hadn't made a bad mistake.

With about 50 laps to go, during green flag pit stops, he got caught speeding while entering pit road and was given a pass-through penalty. That dropped him back to 10th, still with plenty of time to make up the ground, but he didn't.

His teammates were just that good. 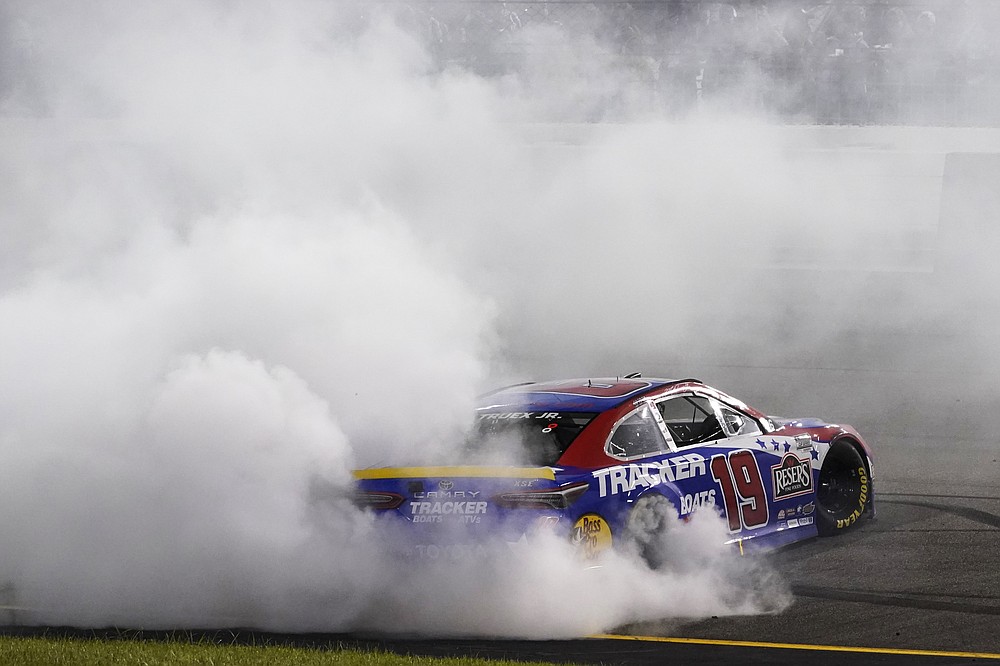